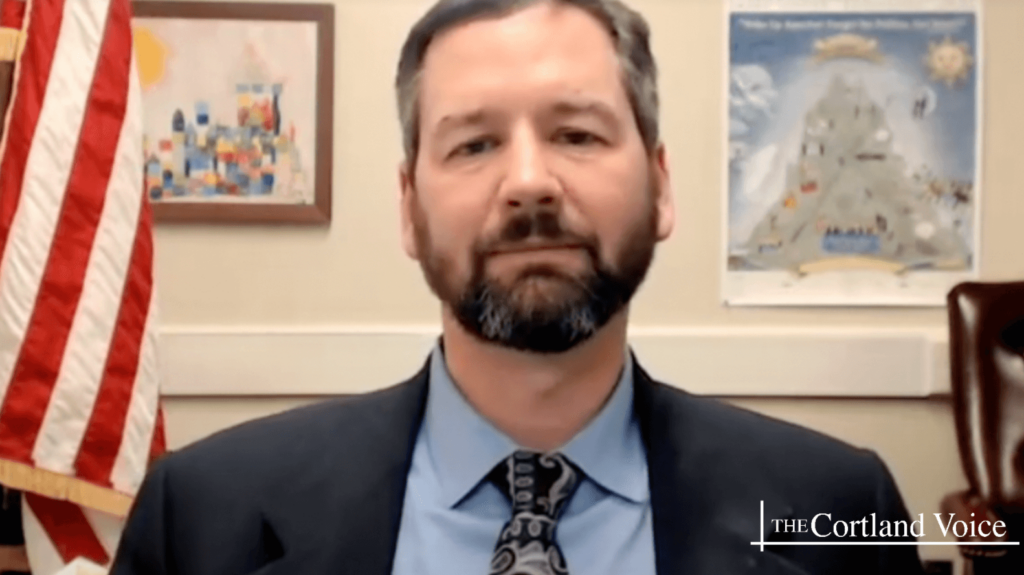 Mayor Brian Tobin has implemented an executive order effective Aug. 25 at noon where city of Cortland residents are required to submit applications in regards to gatherings -- with detailed COVID-19 protocols attached.

The order comes in response to the rise of coronavirus cases in Cortland County due to the highly transmissible delta variant, Tobin said Wednesday morning. Tobin’s executive action will also take place as SUNY Cortland students return to the area between Aug. 26-29.

The order, which is in effect until Sept. 15 at noon, states that any gathering with 50 or more anticipated patrons at any location in the city is “directed to file an application with the city clerk’s office,” with a written-out protocol “to be utilized at said event.”

“The requirements would include a plan of enforcement of masking indoors, regardless of vaccination status, and outdoors, by following the CDC’s (recommended) protocols,” the order further states.

Any violation of the order is considered a Class B Misdemeanor, which is noted in the order.

There was some confusion at Tuesday’s meeting in regards to the start and end time of Tobin’s executive order. Council members noted that executive orders in the past have typically started and finished at midnight.

City corporation counsel Ric Van Donsel stated that if the document says the executive order begins and ends at noon, it is how the order will be implemented. Tobin confirmed the times on Wednesday.

“We need to be able to take steps until more people get vaccinated by mitigating exposure to the general public,” Tobin said. He also noted major concerns revolved around current hospitalizations and the most recent death due to the virus in the county.

Tobin said there is a possibility of the executive order extending past the Sept. 15 deadline. The Common Council will discuss a potential order extension at its Sept. 7 meeting.

“I don’t think anyone wants (this order) to happen. Unfortunately, it is happening,” said councilperson John Bennett (D-4th Ward), who stepped in as deputy mayor for an absent Tobin at Tuesday’s meeting.

Bennett added, “COVID doesn’t want to leave as soon as we want it to leave. Hopefully one day this will be all over.” 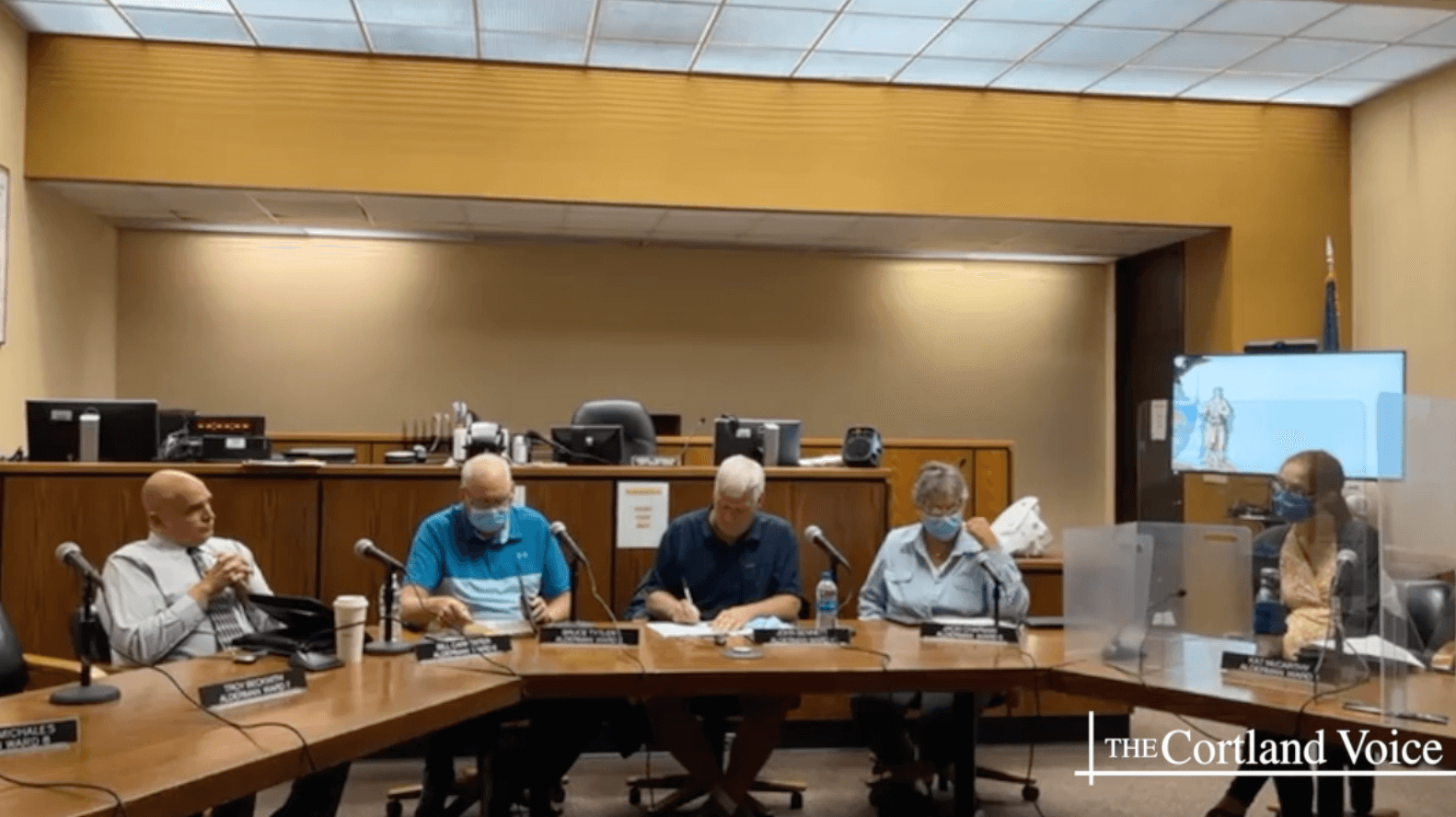 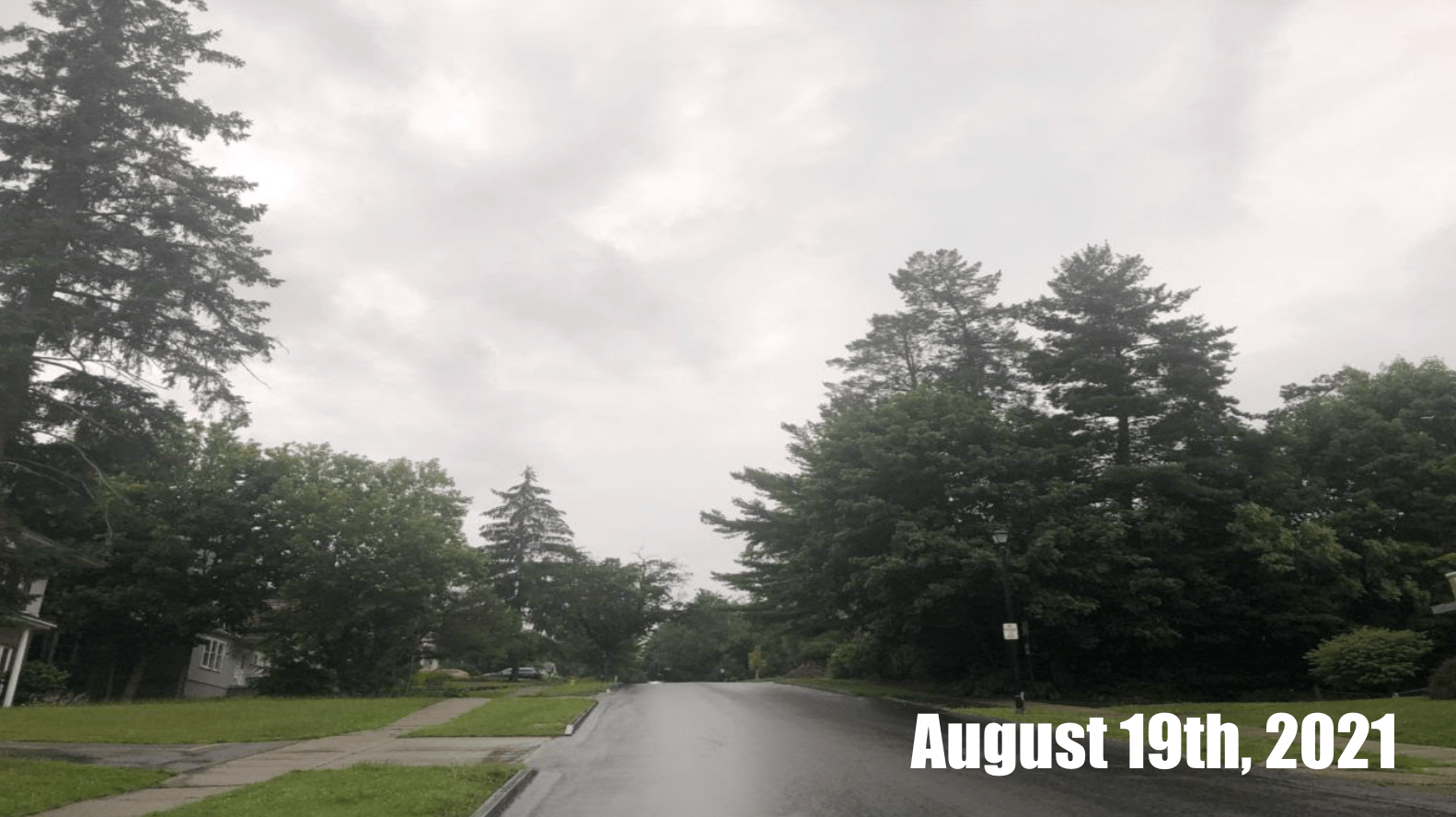