Home›Community›Cows saved, barn lost from fire in town of Summerhill

Cows saved, barn lost from fire in town of Summerhill 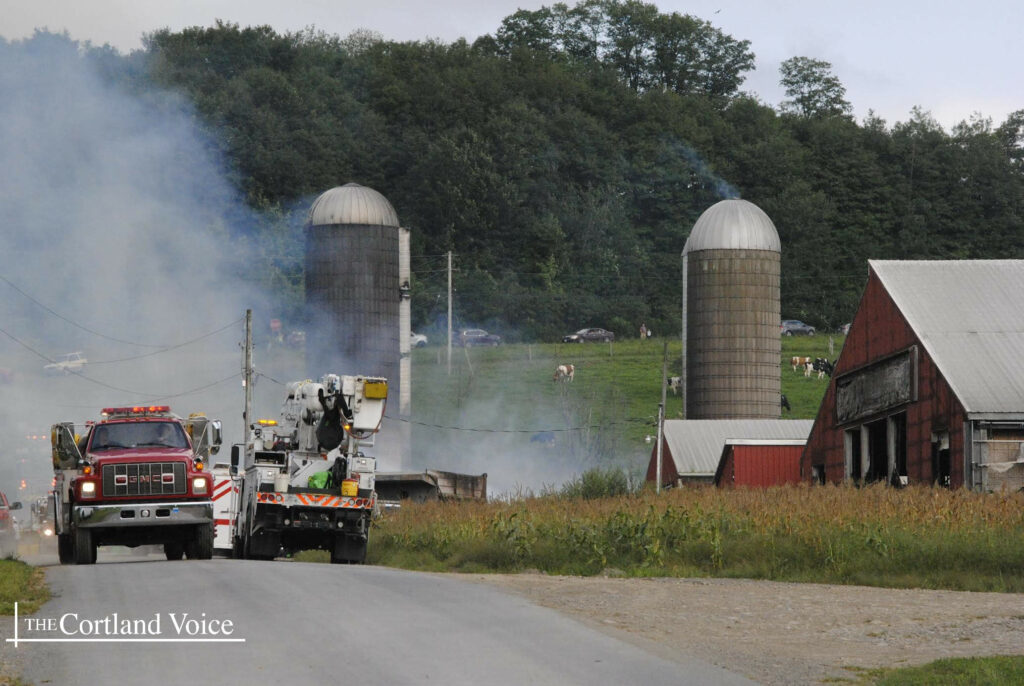 A barn on Eaton Road in the town of Summerhill “was a total loss” from a fully engulfed fire on Saturday, but a slew of pregnant cows were saved from the scene, the Homer fire chief said Sunday afternoon.

No injuries were reported, said Homer fire chief Steven Hayes, who added that his department was on scene due to Summerhill being part of Homer’s fire district.

Farmers who own the barn, which has a 300 x 40 front section and 40 x 40 rear section, managed to escort the cows to a safer location. The farmers believe none of the cows inhaled fire smoke.

According to the owners of Ripley Family Farm on Eaton Road, the fire started from a round bale grinder inside the barn. The machine chops up hay to either feed or make a bed for the cows in the barn.

Farmers noticed a “chunk of flaming hay” come out of the machine. Flames ignited from the hay dust in the barn, and the fire “took off immediately,” farmers told Hayes.

Hayes mentioned that the fire on Saturday was the third one caused by a bale grinder in the past decade.

“The machines create enough dust that could ignite flames quickly,” he said.

Hayes noted that Homer fire captain Christopher Romano was the first to arrive on the scene at 3:17 p.m. Hayes added that Romano reported the barn was “fully engulfed in flames,” and so hot that it started to melt the siding on the single-family home across the street.

A line of firefighters took care of the home to avoid any further issues, while other firefighters set up the town of Locke’s tanker pumper to “knock down the barn fire,” Hayes said.

“We had about 40 firefighters on scene,” Hayes added.

Departments kept going back and forth from the scene to keep up with water for the trio of fill sites needed to put out the fire, Hayes said. Multiple firefighters also had to take breaks on scene due to handling a large fire on a hot and humid day.

The front section of the barn was “completely lost,” Hayes said, which included stalls for the cows and storage for farm equipment. The rear section was still standing, but sustained enough structural damage for it to be “not salvageable,” he added.

The extent of the damage on the single-family home was the siding that melted from the fire.

The fire almost compromised two silos in the general area of the farm, but firefighters contained the fire before it spread. Two other barns were exposed, but neither suffered damage.

Firefighters began to depart from the scene slightly after 8:30 p.m. on Saturday.

Hayes noted that Cayuga County Fire Investigation will conduct further investigation on the fire. He added, however, that the Homer Fire Department has deemed it “accidental due to the machine.”

Nearby officials of the Department of Environmental Conservation were also on scene to observe the fuel oil drums on site. 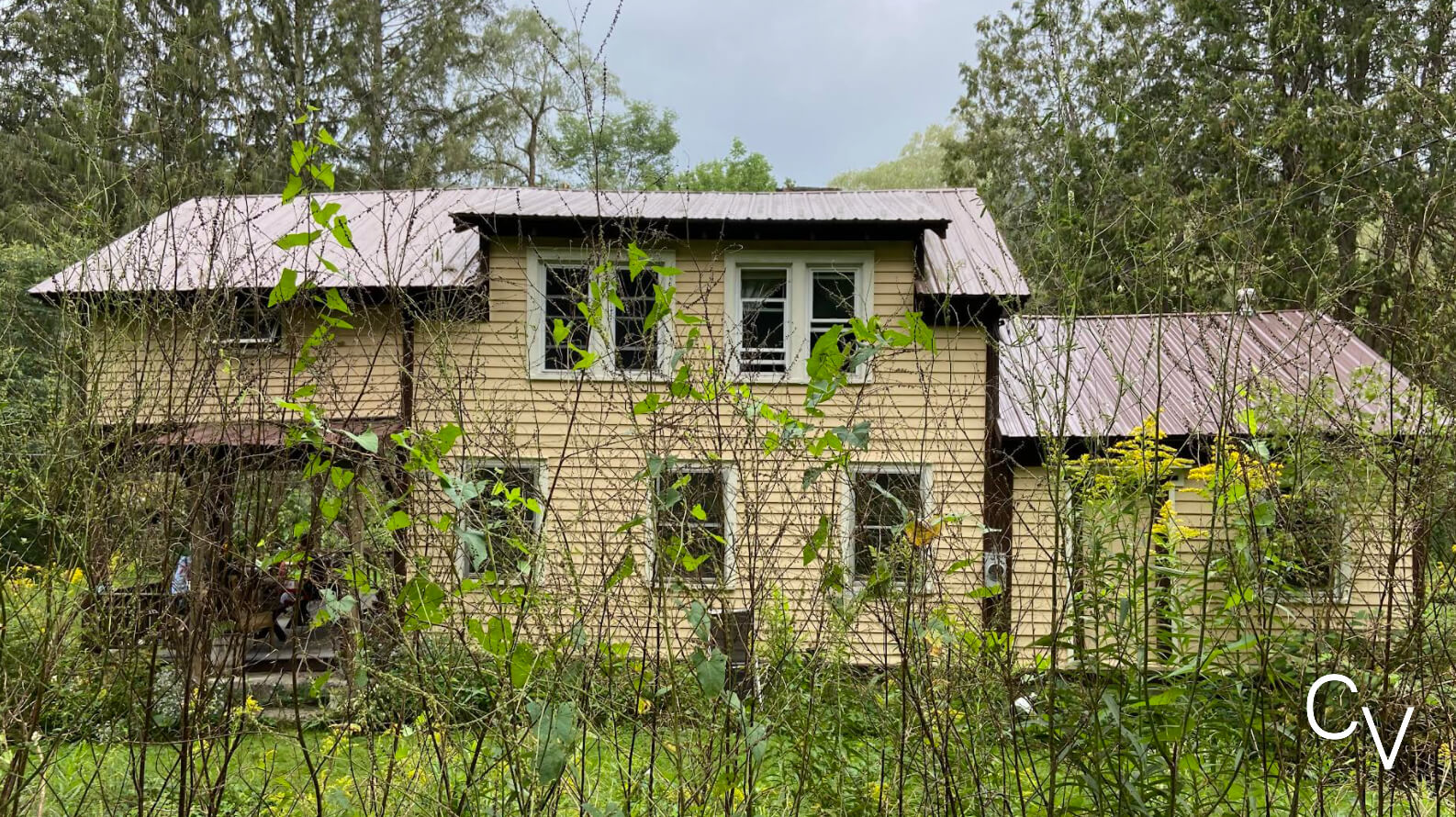 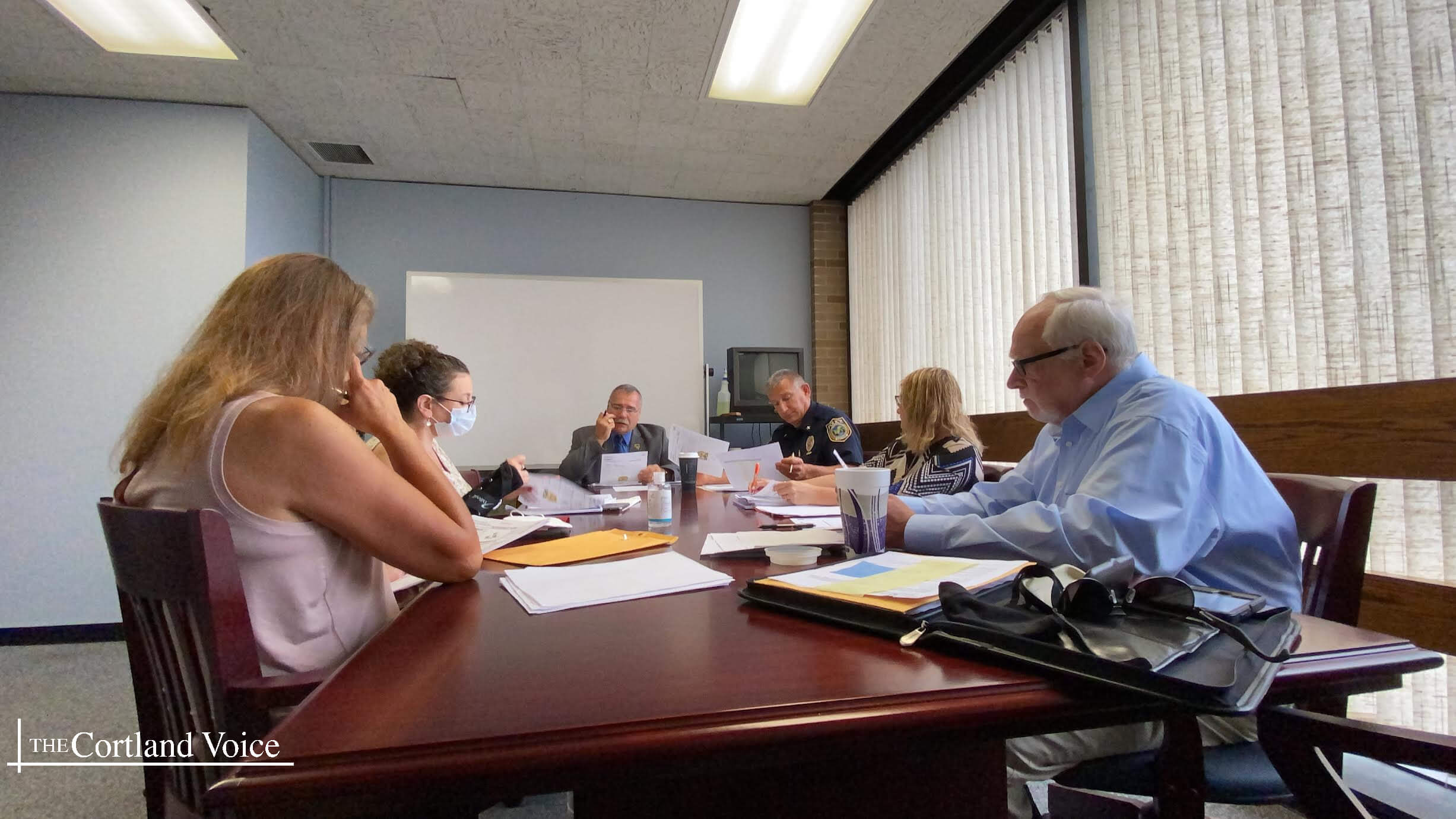