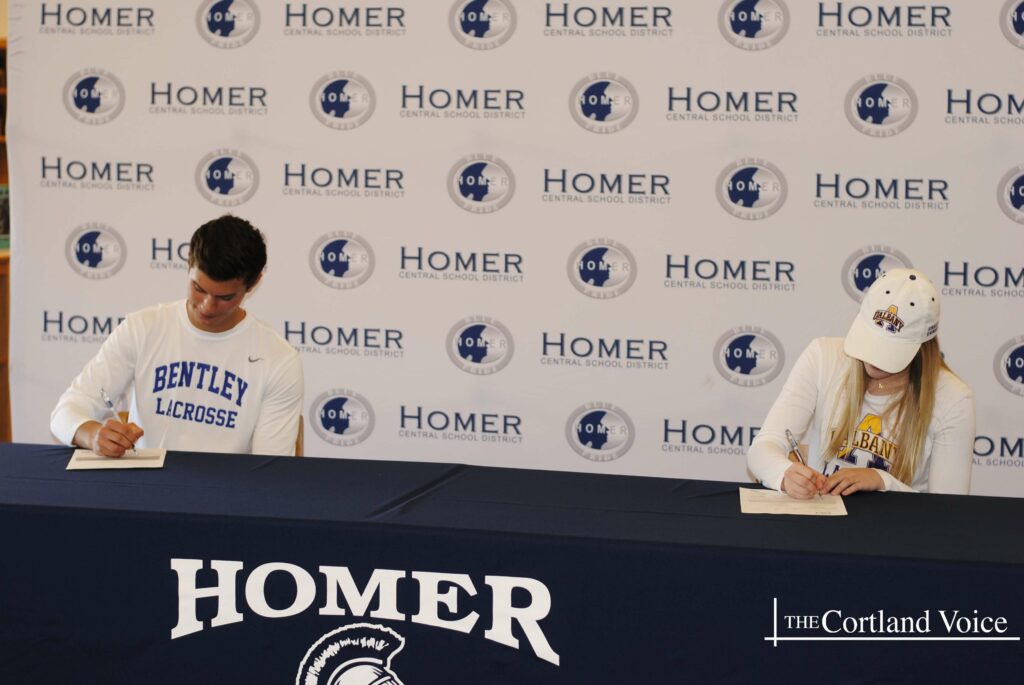 Below are capsules on Roos’ and Calabro’s signing day, with each of them reminiscing on their journey through their lacrosse careers. 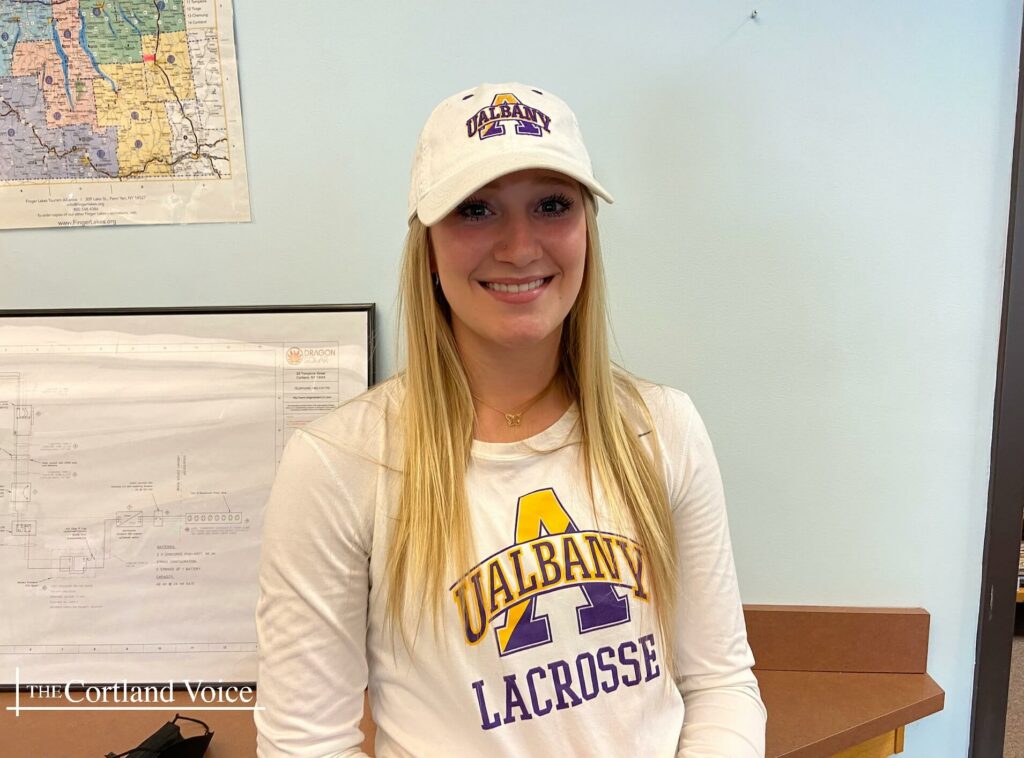 Homer girls lacrosse co-head coach Morgan Seibel remembers the days of Roos running around as an eighth grader and having fun playing the game she loves.

Now, Roos is taking her talents to the next level.

“(Kloey ran around and had fun) all the way up (to varsity),” Seibel said. “She’s carrying on our program’s name.”

“The first time I went on the campus, I loved everything about it,” Roos said. “Once I stepped on campus, I knew that’s where I wanted to go.”

From the coaches to the “old buildings on campus,” Roos loved everything about UAlbany.

“The coaches are so fantastic,” she said. “The buildings are just super pretty.”

Knowing that she will soon be playing for a Division I program is an “awesome” feeling for Roos.

“Everybody has pushed me to be my best and work my hardest,” Roos said, giving credit to her Homer coaches and teammates. “They helped me to be where I am now.”

Roos, who has played lacrosse since the second grade, plays midfield and takes the draw for the Homer varsity girls lacrosse team.

“She brings a different kind of energy to the field, to every game and practice,” said Homer co-head coach Martha Nye. “Her skills are incredible.”

Nye also noted how much of a leader Roos is and how well she “communicates with the team.”

“She looks to create opportunities for her teammates and cheers them on,” Nye added.

Seibel mentioned Roos is “everywhere you want her to be.”

“She sees the field from an amazing standpoint,” Seibel added. “She knows what’s going to happen next, and undoubtedly the ‘quarterback’ of the field.”

As a lacrosse player, Roos takes inspiration from Katie Rowan, Roos’ soon-to-be head coach of the UAlbany women’s lacrosse program. Rowan is a Syracuse University Class of 2011 graduate and a former star player for the Orange women’s lacrosse team.

“I followed her career as a player,” Roos said. “She was fantastic.”

Outside of lacrosse, Roos sees her father Jeff Roos, her mother Kim Roos and her grandfather Don Riley as her biggest role models.

Roos plans to study criminal justice while attending UAlbany. She is still considering possible career opportunities with her major.

“I’m looking forward to meeting my new teammates, having fun and just the experience in general (in college),” Roos said. “It’s exciting.” 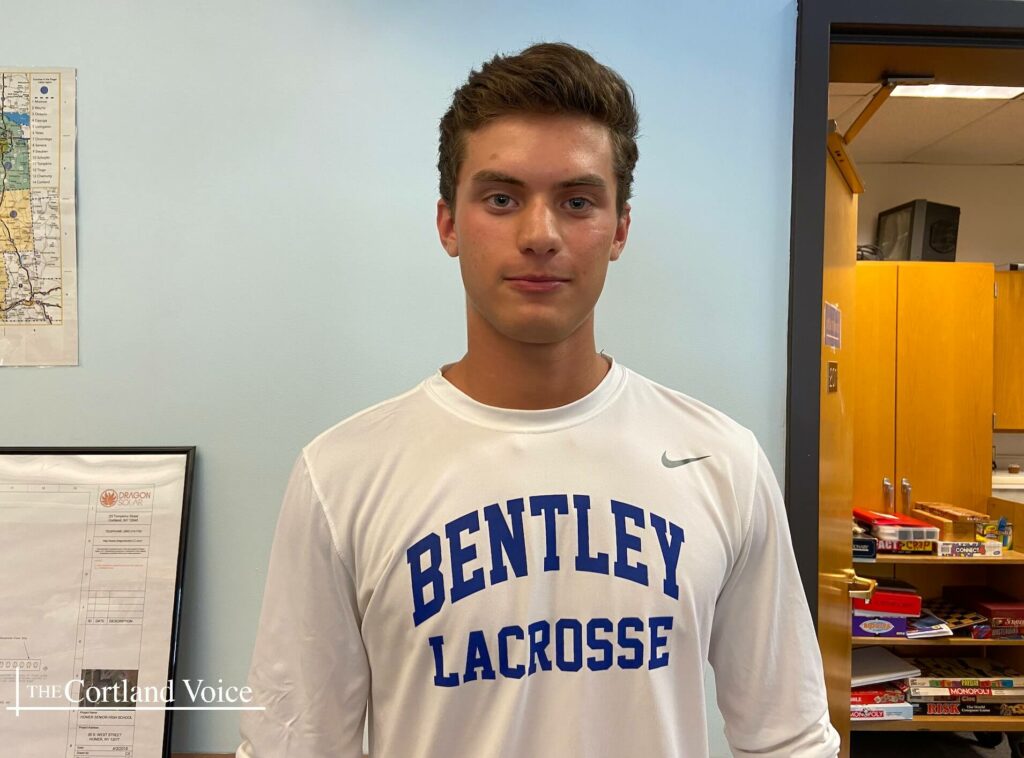 Calabro will take his talents to the Bentley University men’s lacrosse team, a NCAA Division II program that is a member of the Northeast-10 Conference.

“I think it’s a great honor for Jake and the work he’s put in over the years of his athletic career,” said Homer boys lacrosse coach Tom Cottrell.

Calabro said once he stepped on campus, he knew he wanted to become a Bentley University Falcon. The university is located in Waltham, Massachusetts.

“The moment I got there, I loved the campus,” he added. “I enjoyed talking to the players and coaches. They’re awesome. They made me feel welcome.”

Calabro has been playing lacrosse since he was in second grade and he’s been a member of the Homer varsity boys lacrosse team since his freshman year.

“Since I’ve played lacrosse my entire life, it’s always been my goal to play in college. So I made it happen,” he said.

“The coaches are great,” he said. “I’ll miss them and my teammates.”

Calabro’s sights will soon be set on Bentley University men’s lacrosse, where he likes how “they all work as a team.”

“Bentley is getting an outstanding student-athlete,” Cottrell said. “He’ll prove to be a good contributor and an important member of their program.”

Calabro noted that his biggest role model is his father, Chris Calabro.

“My dad works hard in life,” Jake Calabro said. “I want to follow in his footsteps and be successful just like him.”

He also dedicated his signing day to his father, the rest of his family, his coaches and his teammates, and “everyone who helped me on his journey.”

Jake plans to study business at Bentley University, with the hopes of becoming a real estate developer like his father Chris.

“He’s a natural leader,” Cottrell said. “I look forward to seeing what he does at the next level.”

Here is a video of yesterday's signing day:

Here are some more photos of the event: 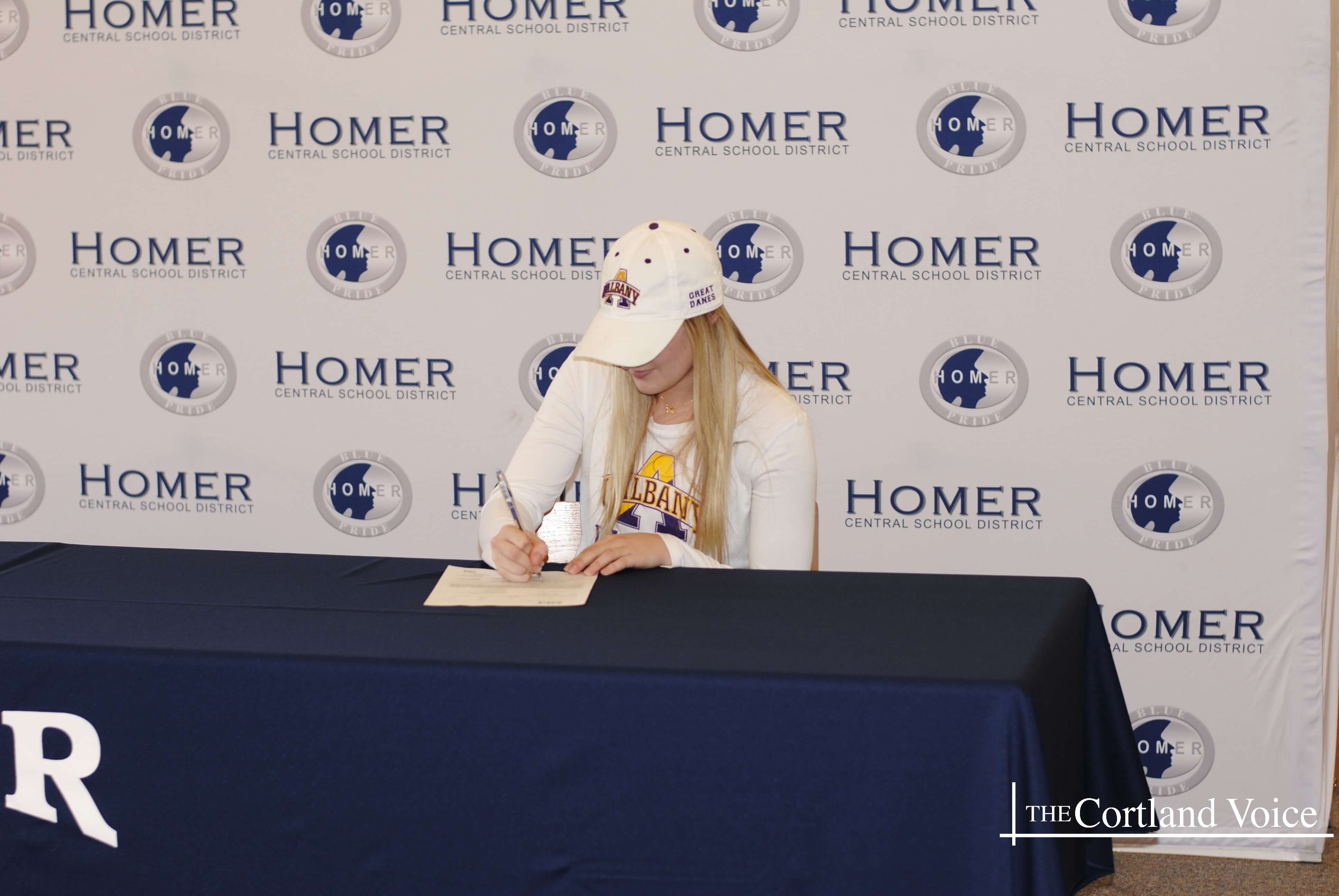 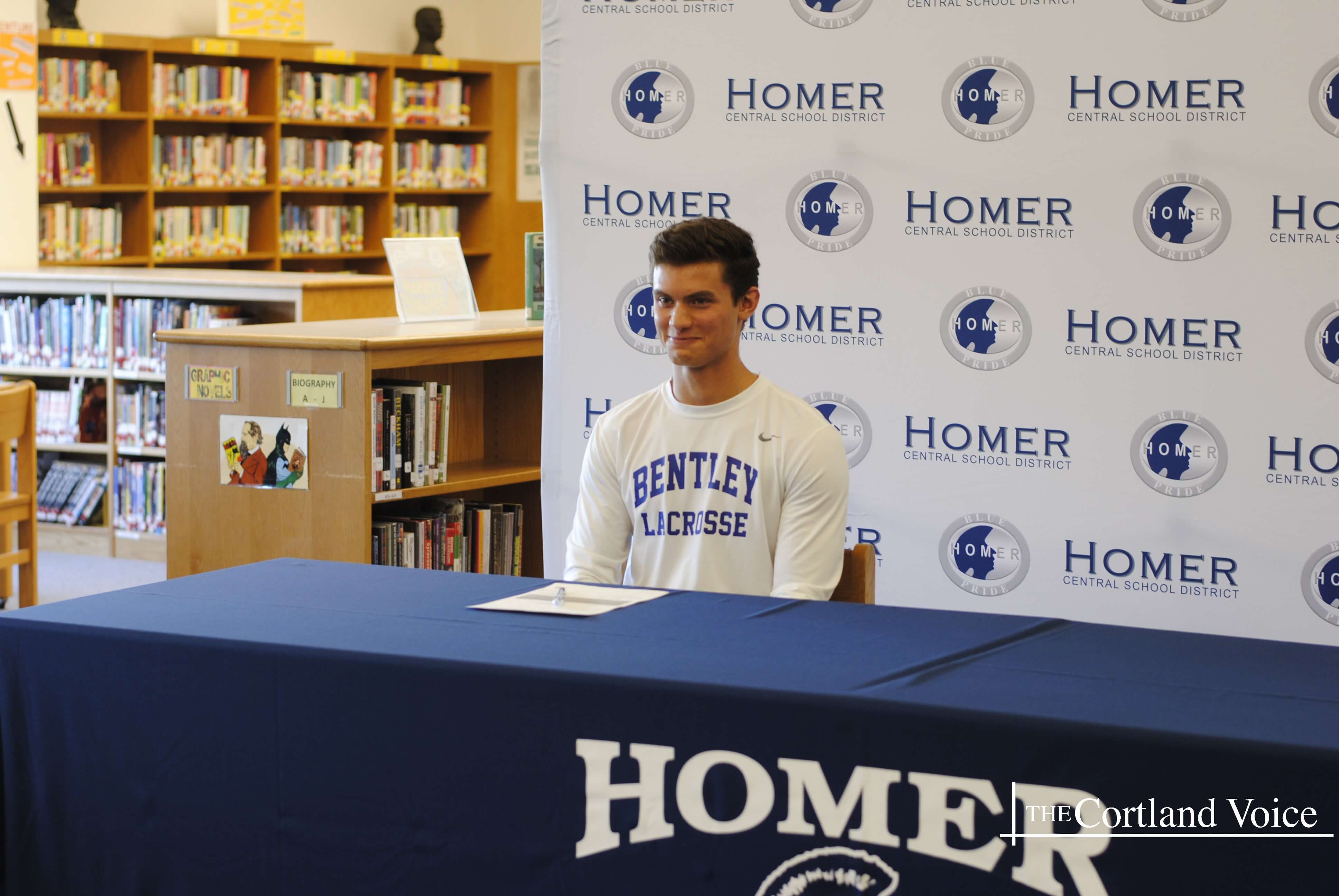 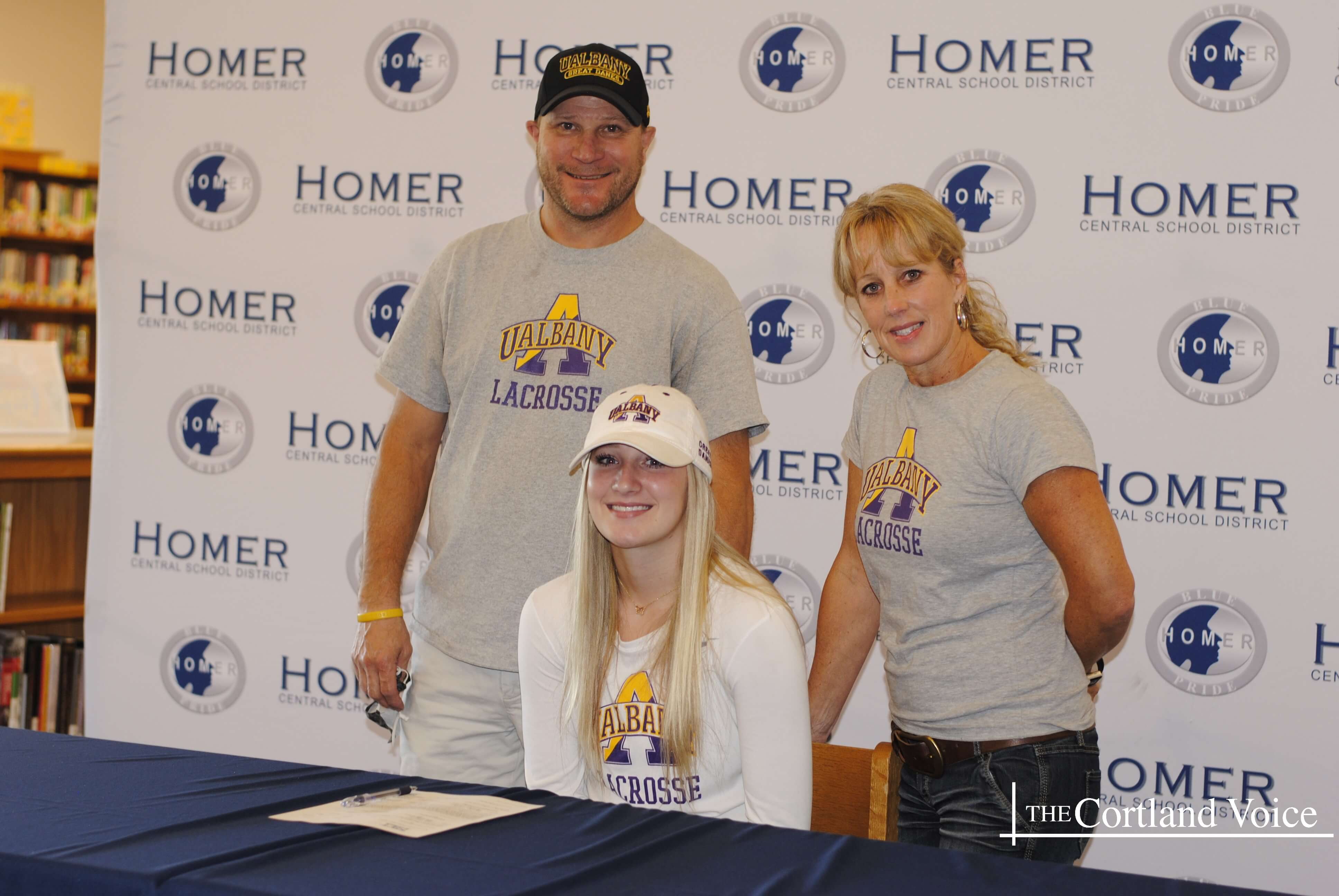 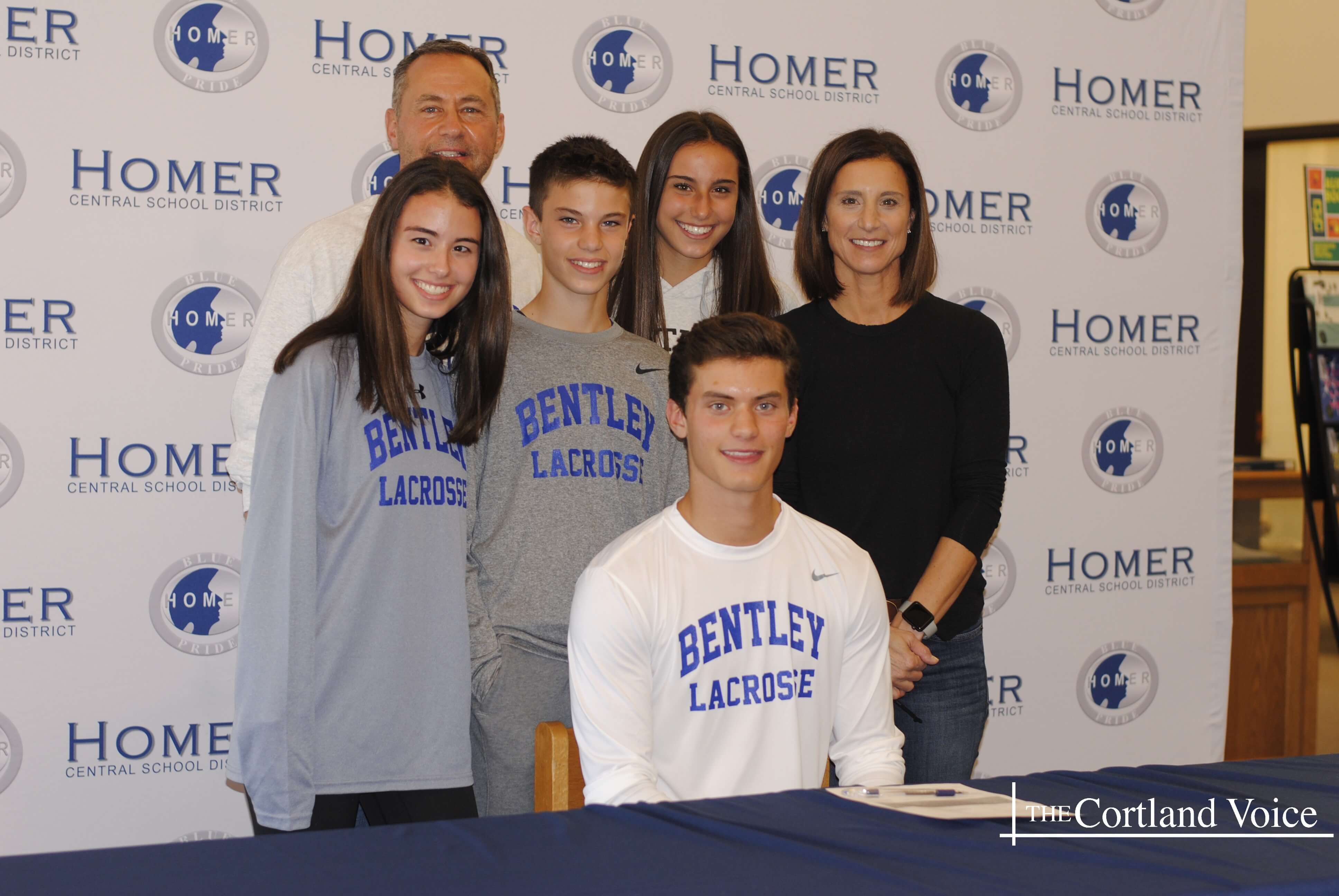 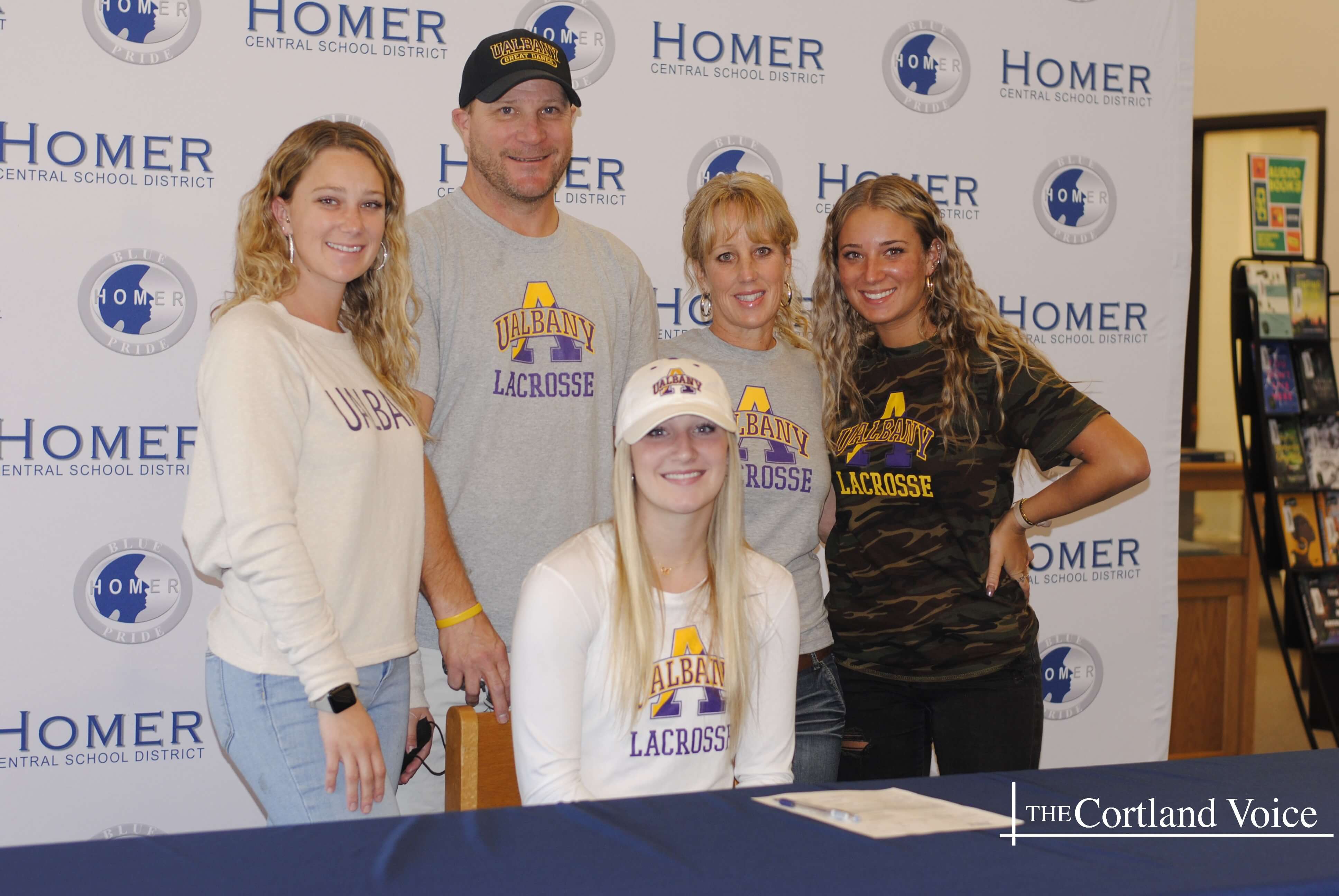 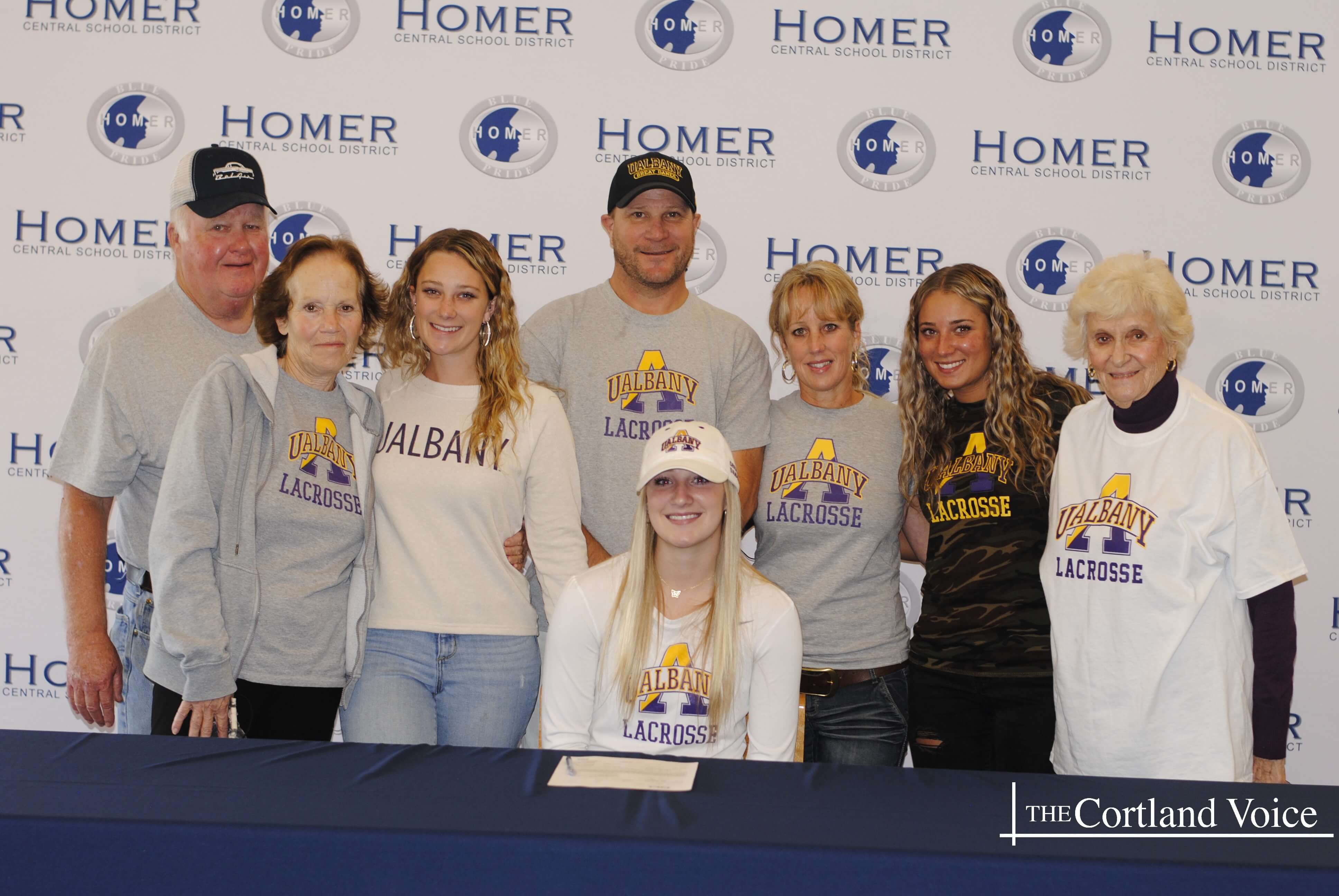 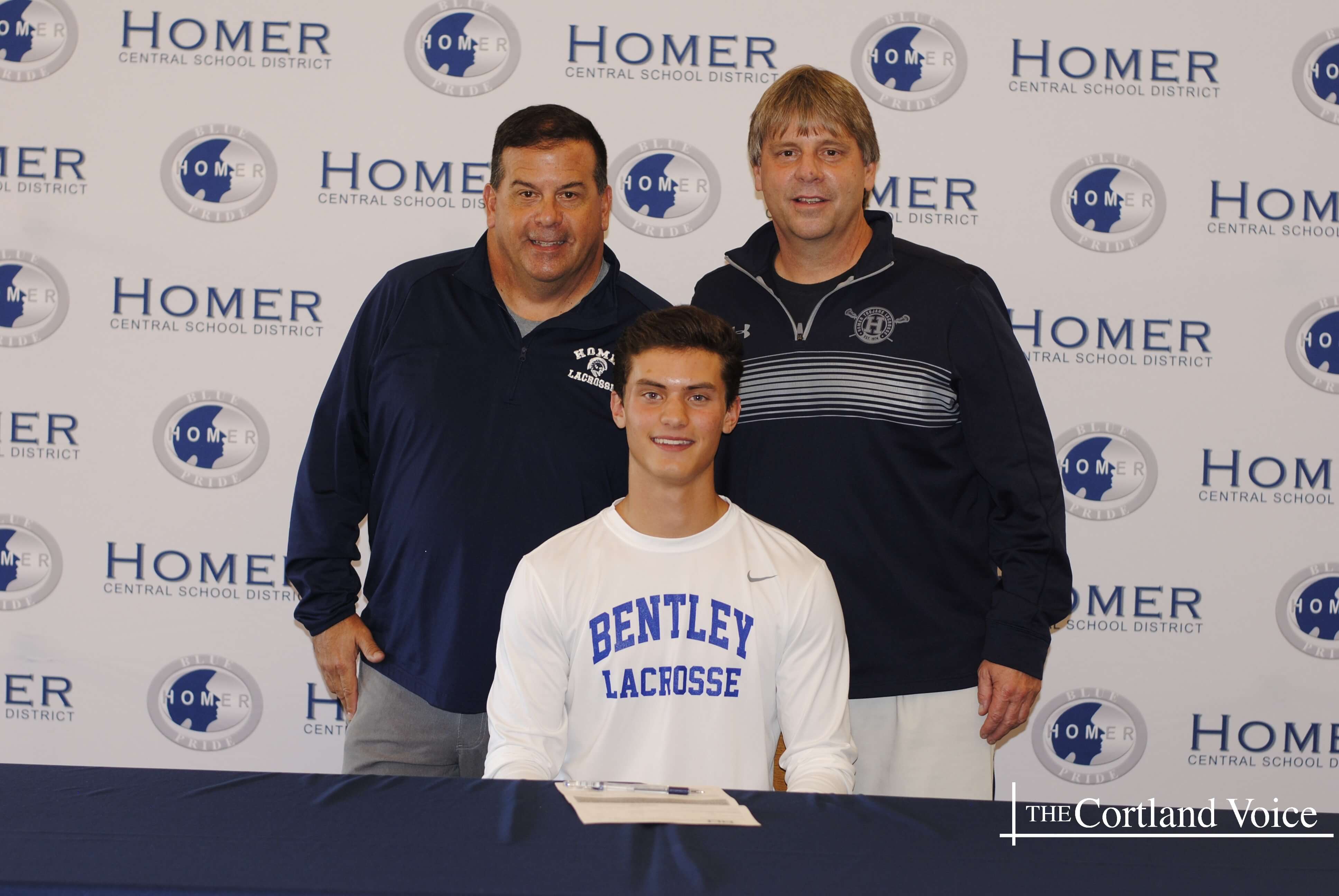 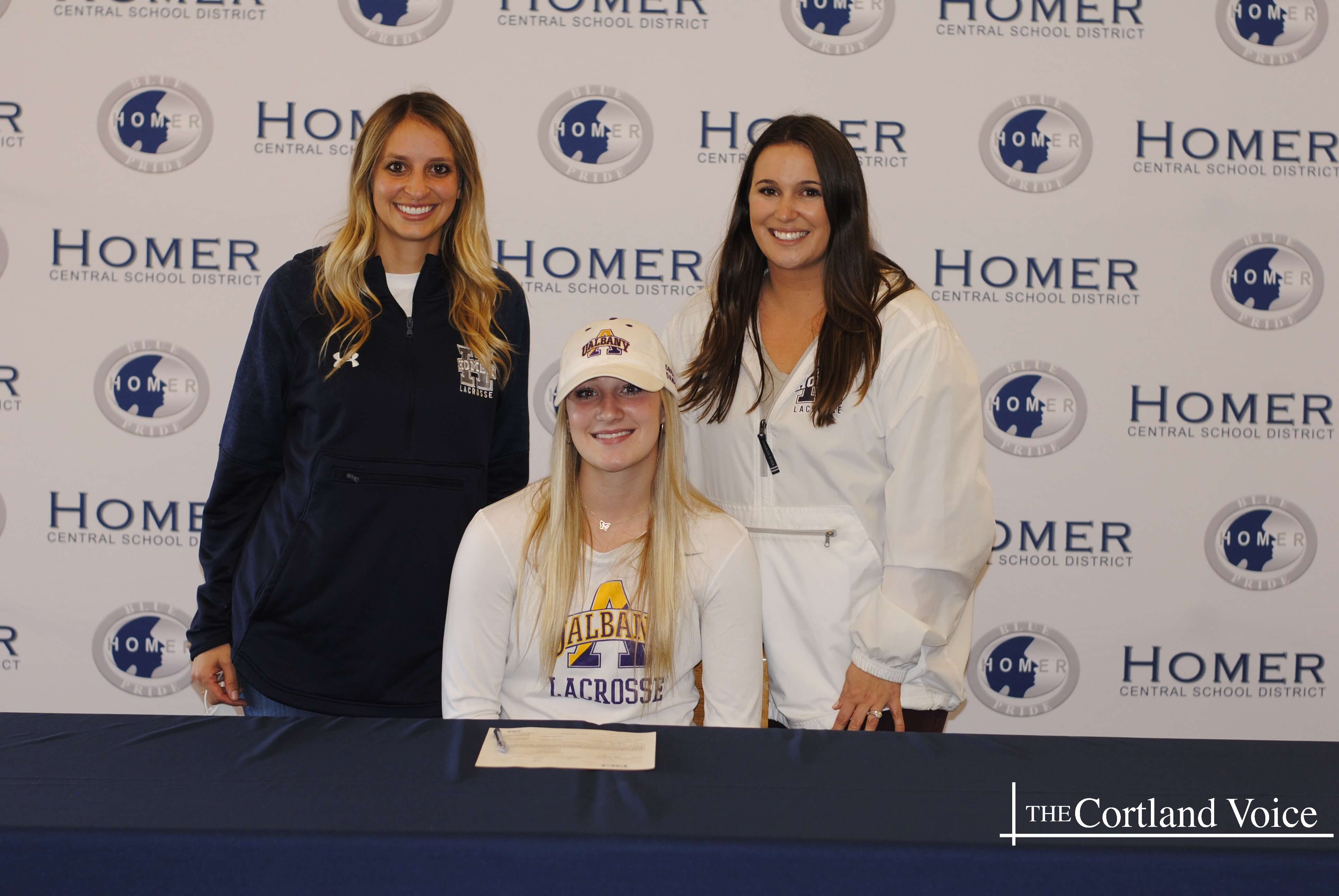 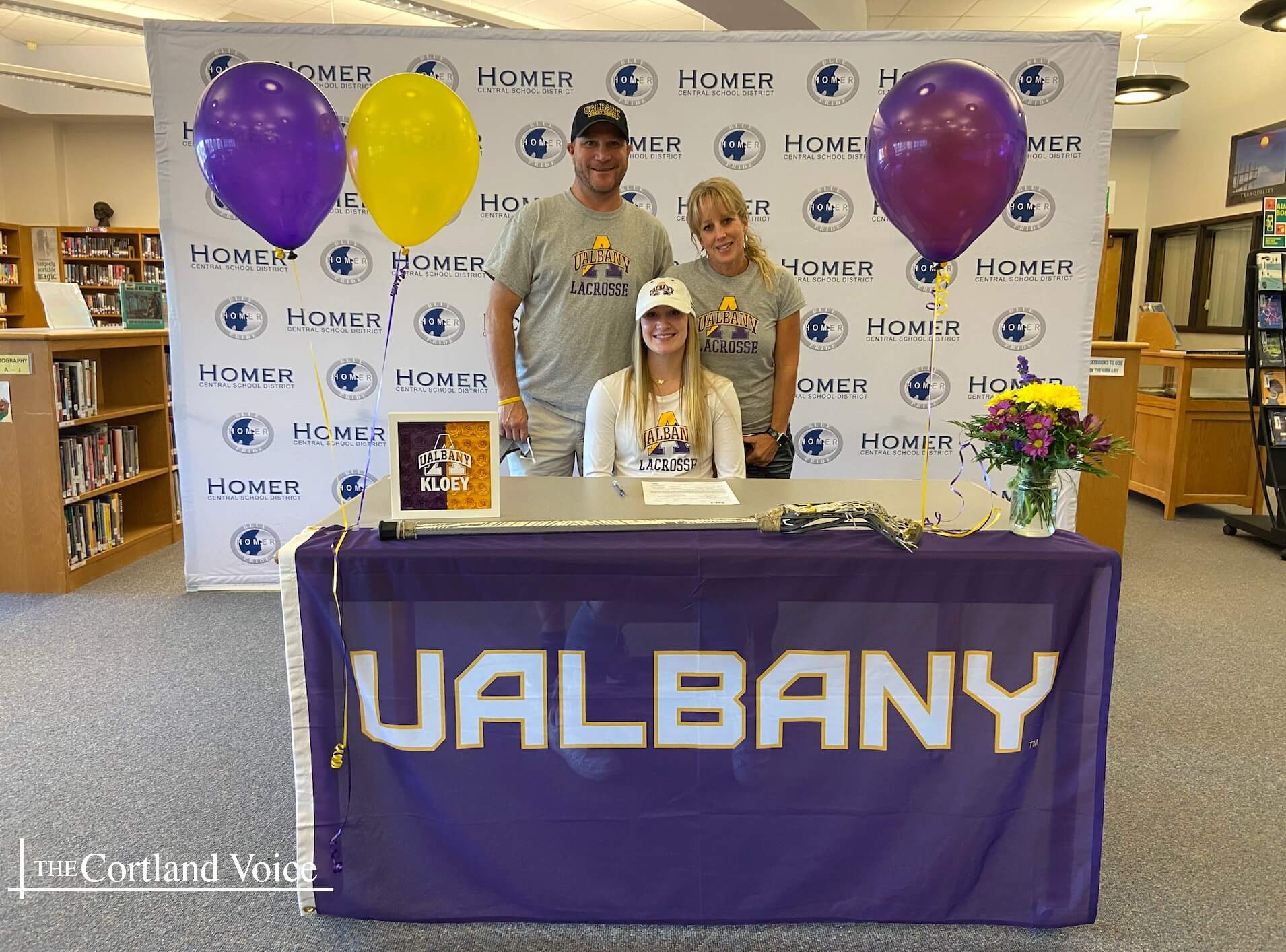 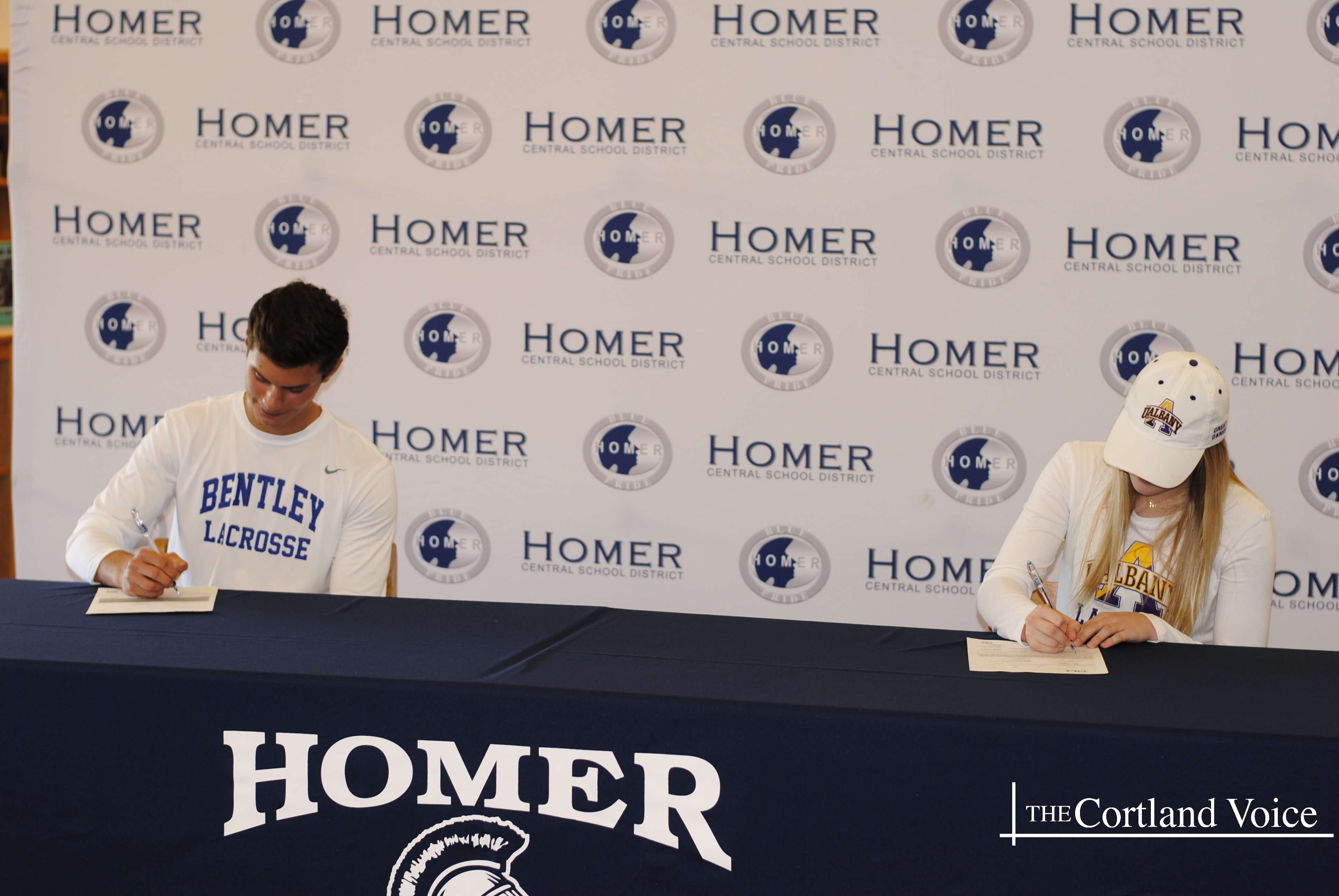 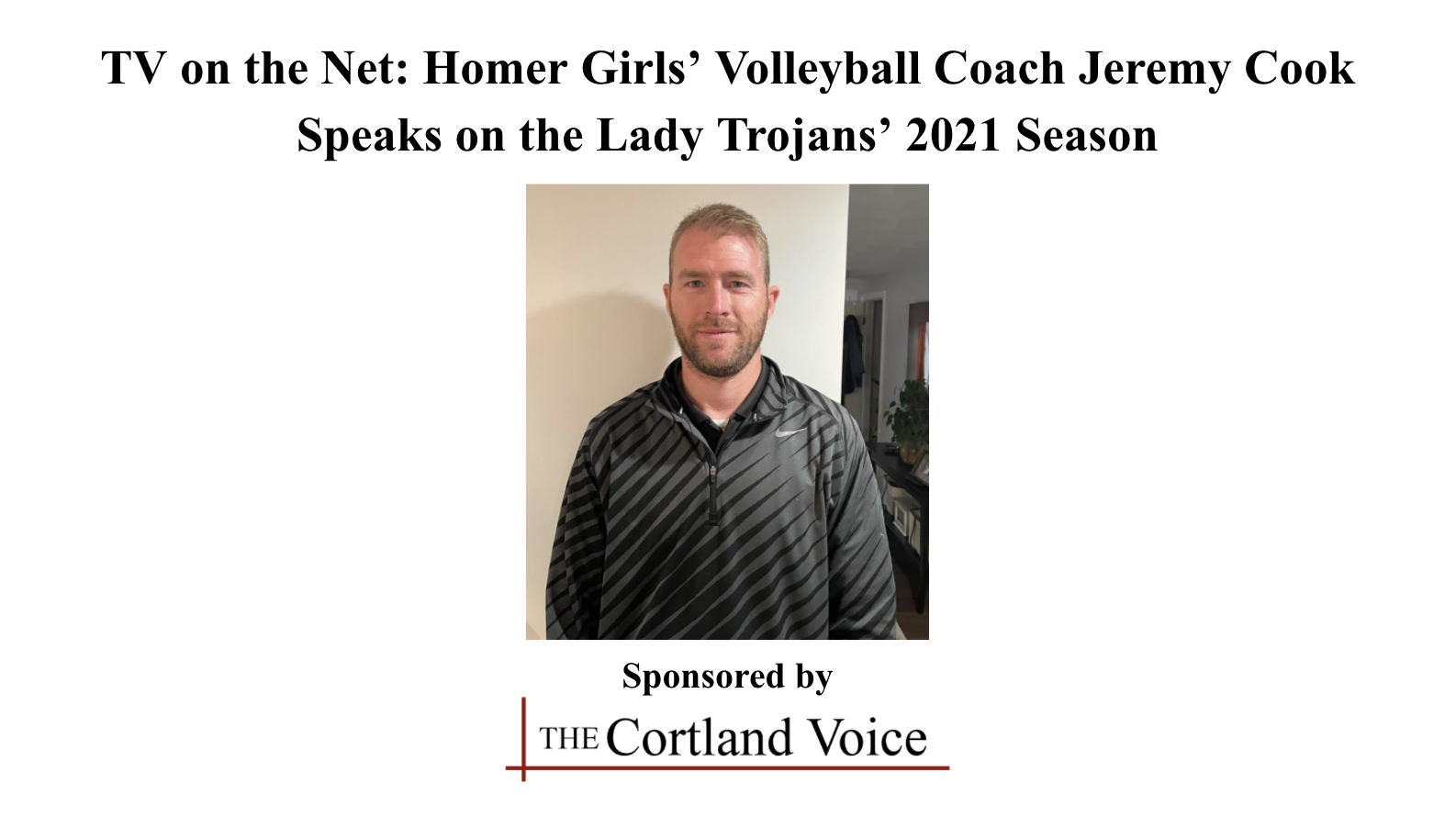 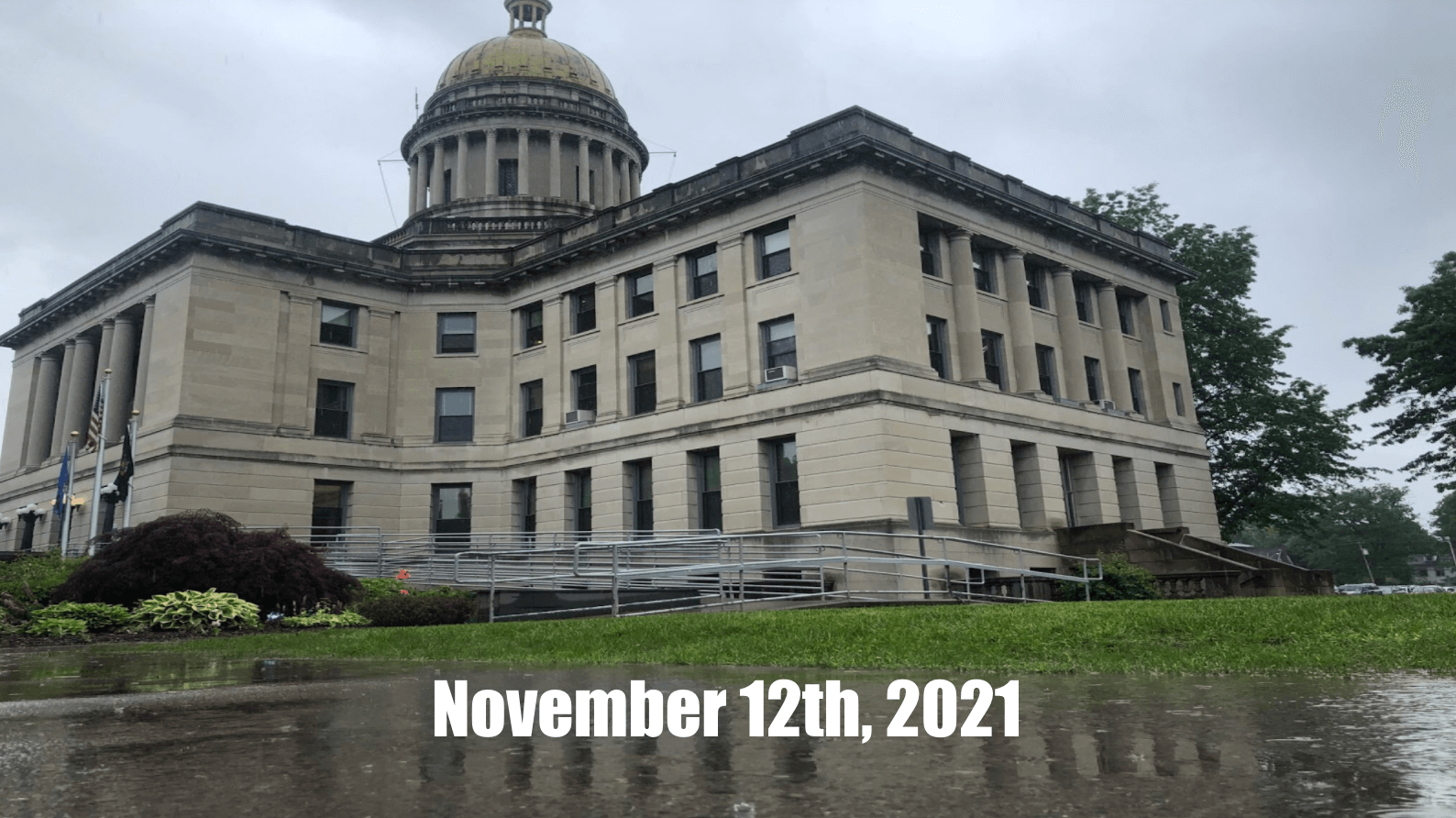