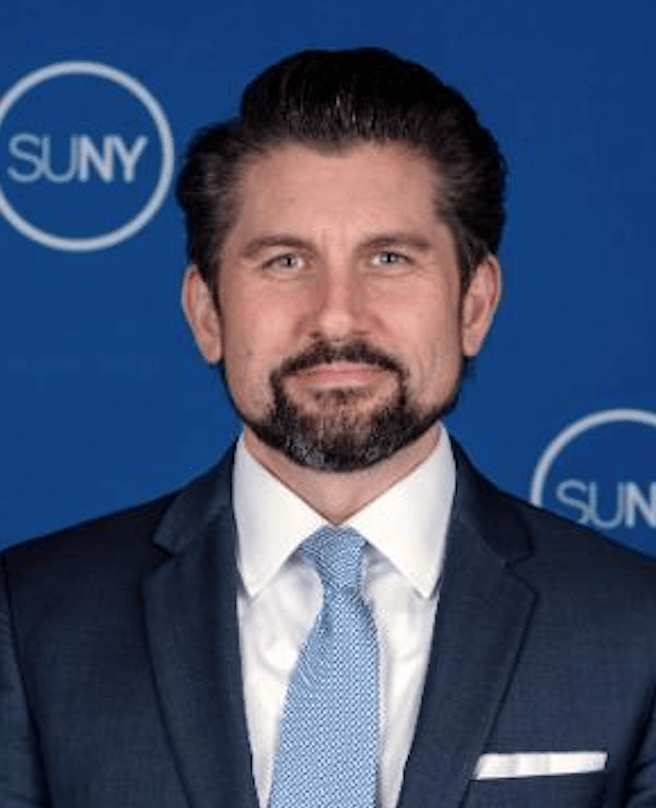 Dr. Jim Malatras, the 14th SUNY Chancellor, announced his resignation Thursday morning, effective Jan. 14, 2022. Malatras made the announcement through a letter to the SUNY Board of Trustees. 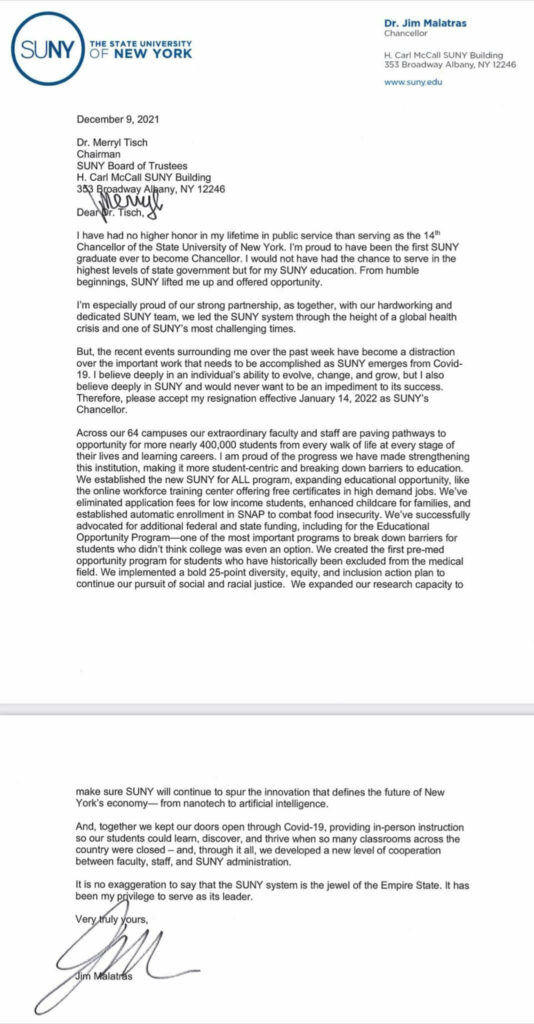 The announcement comes after the New York State Attorney General’s Office released text messages by Malatras as part of the investigation into sexual harrassment allegations against former Gov. Andrew Cuomo. According to the attorney general, the text messages showed that Malatras allegedly ridiculed one of the women who accused Cuomo of sexual harassment.

Malatras was appointed the SUNY Chancellor by the SUNY Board of Trustees on Aug. 21, 2020, and assumed office on Aug. 31 that same year. He was previously a policy advisor in Cuomo’s administration. 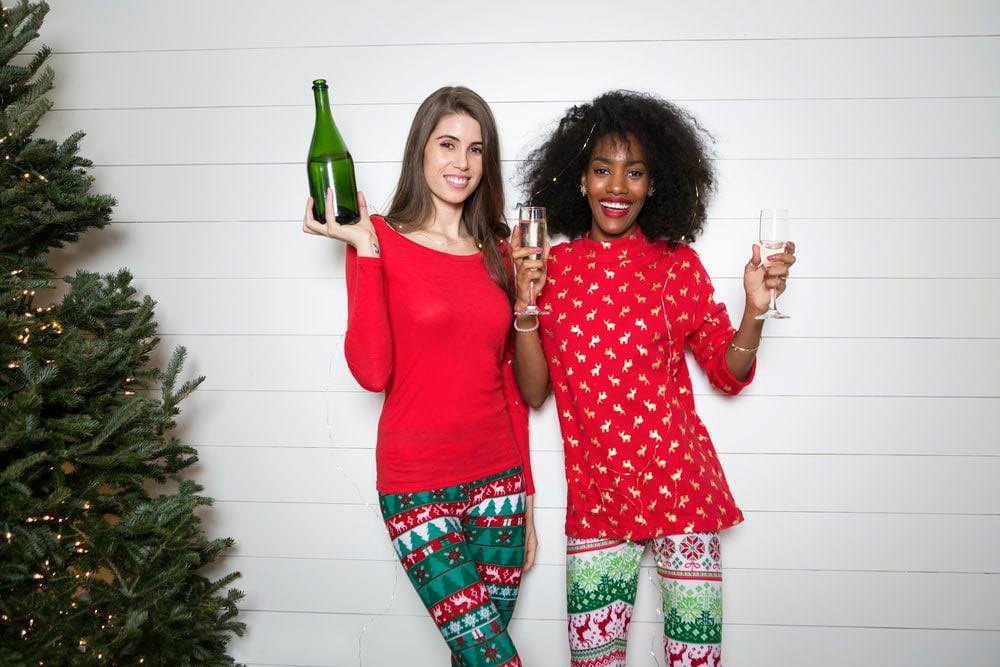 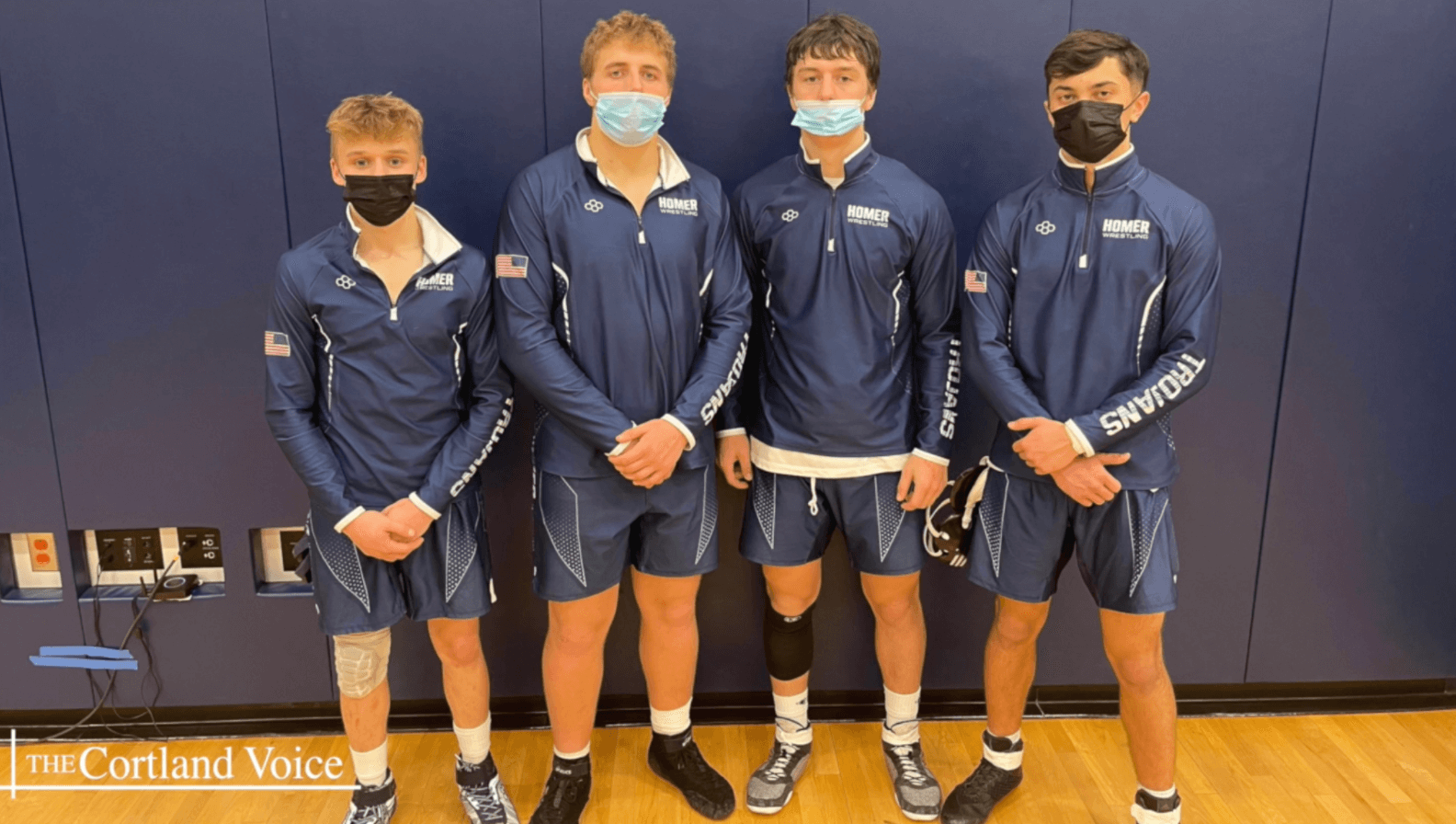