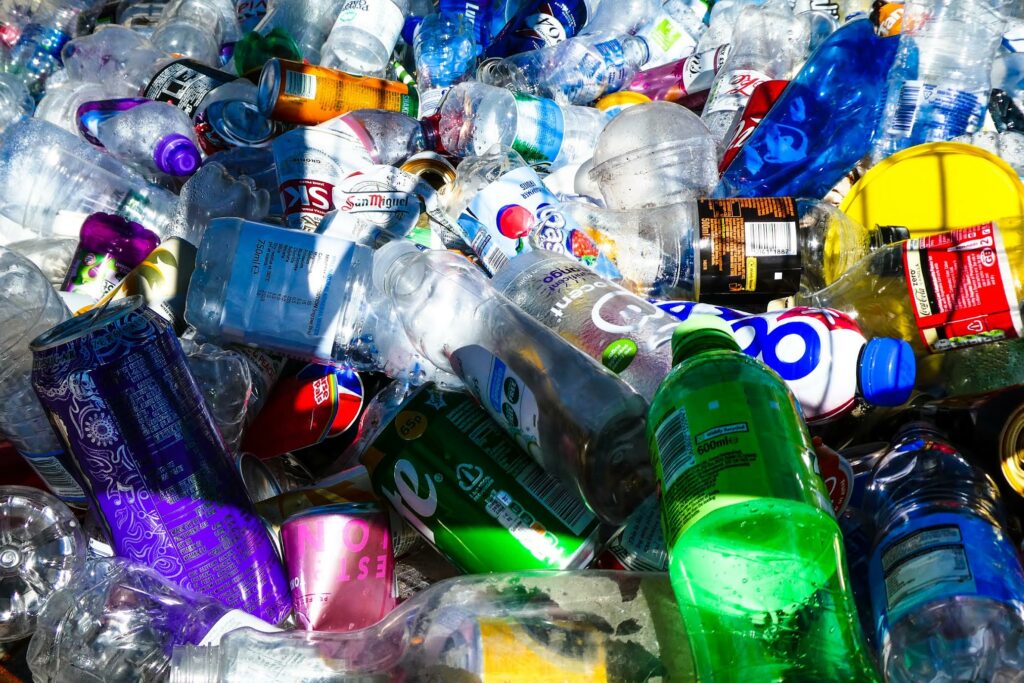 The village of Homer updated its recycling guidelines/requirements in the midst of a recurring issue that has caused the village thousands of dollars in recycling fines and increased tipping fees.

A flier with guidelines listed will be mailed to all village residents, said village treasurer Tanya DiGennaro at Tuesday’s Board of Trustees meeting. According to village officials, if village residents don’t comply with the requirements, a measurement of penalties will commence.

A statement from the village office is as follows:

“Due to increased tipping costs and contaminated recycling fees, beginning in January, village of Homer employees will be spot-checking residential's individual trash and recycling bins. If items are not in compliance with the rules for what is allowed or are overflowing, or trash/garbage is being put into Recycling bins, then the bin will be flagged. Syracuse Haulers will not pick up the flagged trash or recycling bin. Residents will have to remove the flagged bin's contents or item and have it disposed of by a local hauler at the residents' expense.”

According to village officials, the fines/penalties below will be assessed if guidelines are not followed: 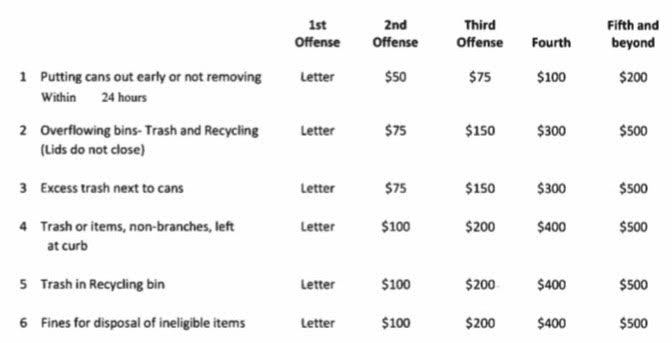 (Photo courtesy of the village of Homer)

The guidelines also provide a rundown in regards to trash and recycling services in the village of Homer, which is listed below: 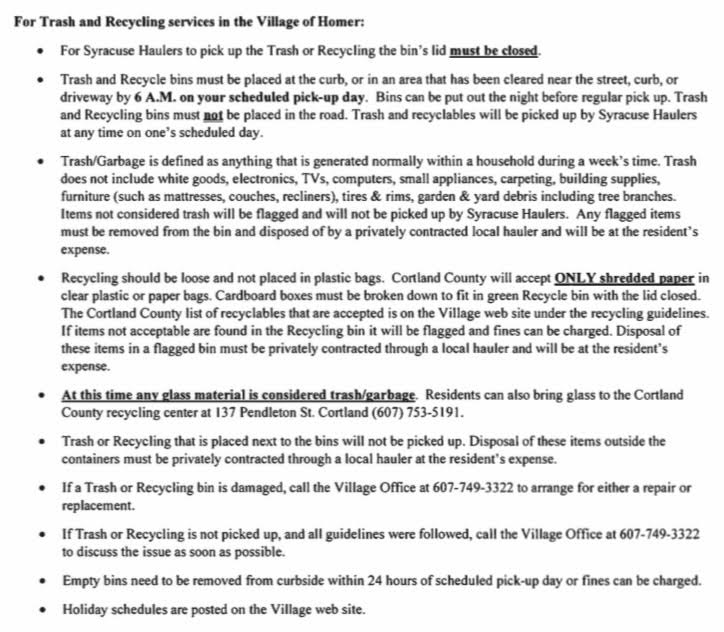 (Photo courtesy of the village of Homer)

Village deputy mayor Pat Clune noted to village residents at Tuesday’s meeting that if a spot checker misses someone the first time, residents are still “liable to get caught next time.”

“It doesn’t mean it’s OK just because someone gets away with it one week and gets tagged the next week,” he added. Clune also mentioned the village doesn’t have “a single person that’s going around every day.”

DiGennaro noted a recurring question that “keeps coming up from residents” is how many cans they are allowed to have in their recycling every week.

Village mayor Hal McCabe said he and the Board of Trustees are not ready “to say (what it will be) yet.”

“I think we still need to talk about it,” McCabe said. “It’s a thorny issue.”

DiGennaro said it’s OK if the village isn’t ready to make a decision on cans yet.

“When we do, we need a couple of months to implement it (into the guidelines),” she added. 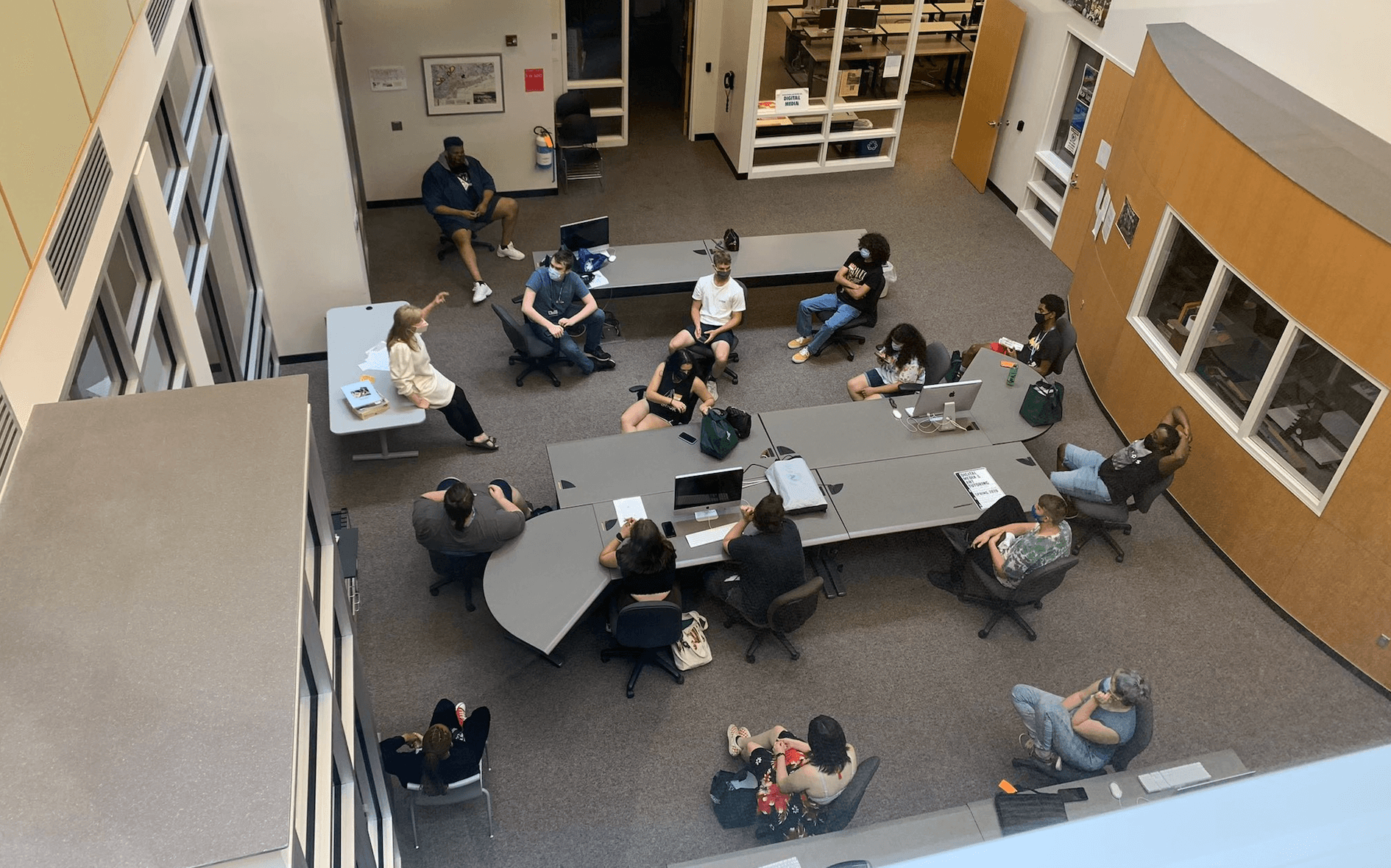 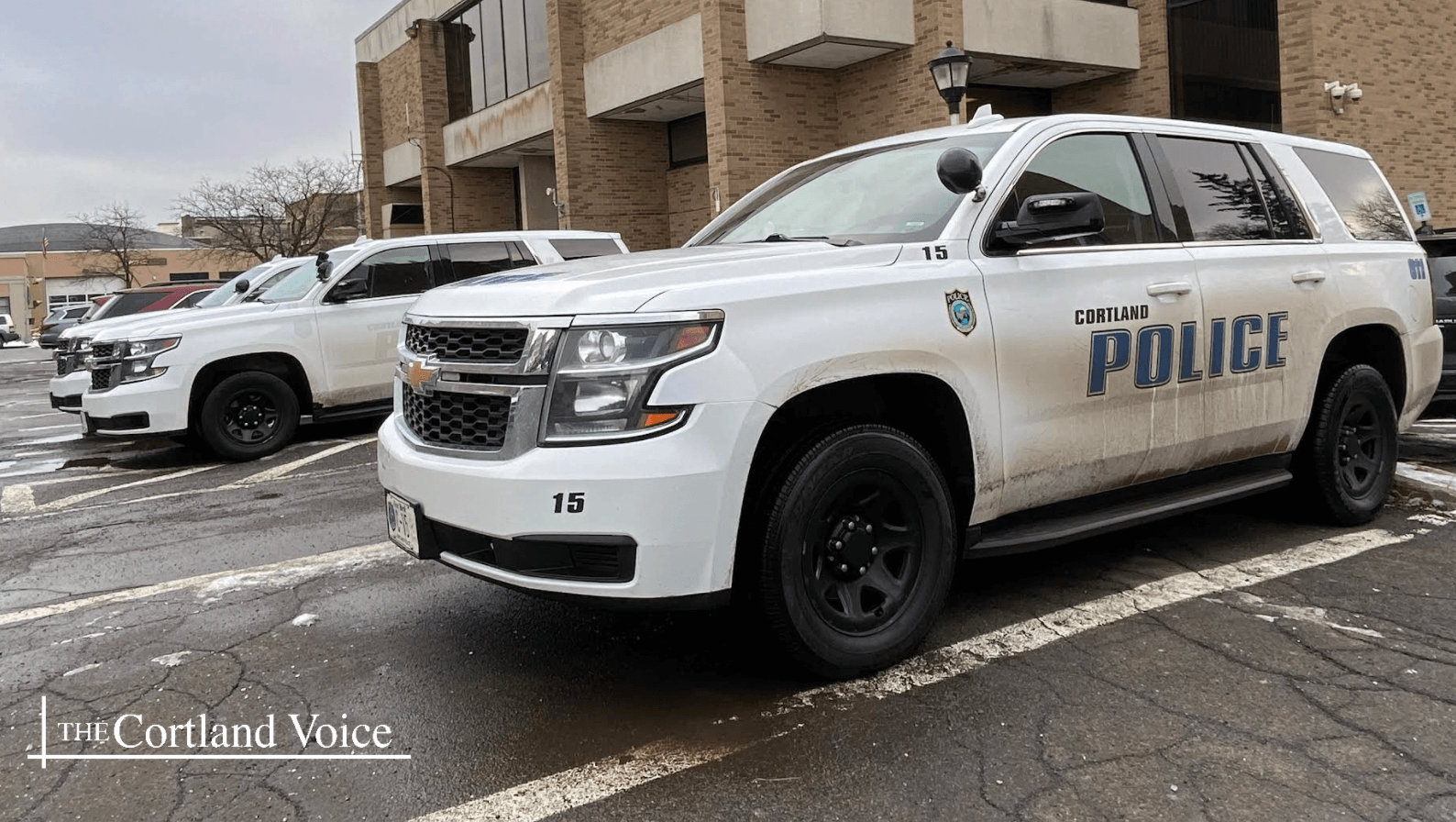