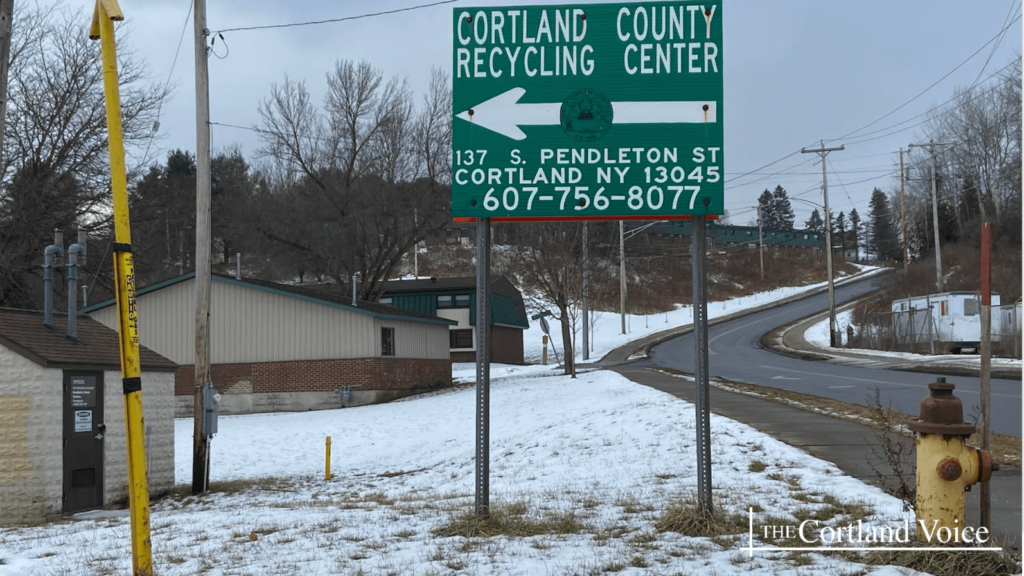 Cortland County Recycling Coordinator Chris Spadolini addressed the county-wide recycling issue at a recent village of Homer meeting that is connected to a bigger “nationwide issue.”

The village of Homer is going through its own recycling issues that they are currently attempting to iron out.

“We’ve had some trouble doing the right thing (within the village),” Mayor Hal McCabe said.

However, Spadolini harped that it’s “not the village’s fault there’s a problem with the recycling.”

“It’s the haulers and the way we do things,” he said. “(Haulers) are trying to cut expenses. By using a tote system, it becomes very difficult to police what goes in those (recycling) bins.”

Spadolini noted the processor at the county recycling center does not allow for certain items to recycle, which is then “not recyclable and has to go to the (county) landfill.”

Spadolini, who came on as the county’s recycling coordinator in October of last year, noted the recycling center did not have a coordinator for “close to two years.”

“That brings in a lot of problems because people – for lack of a better phrase – took advantage of the place,” he said. “No one was policing what was going on there.”

In his first month at the helm and prior to it, Spadolini said the recycling center was bringing up to 15 tons of trash to the county landfill every month.

The recycling center has also combatted an issue of contamination, Spadolini said.

Spadolini broke down items are acceptable and not acceptable for recycling. 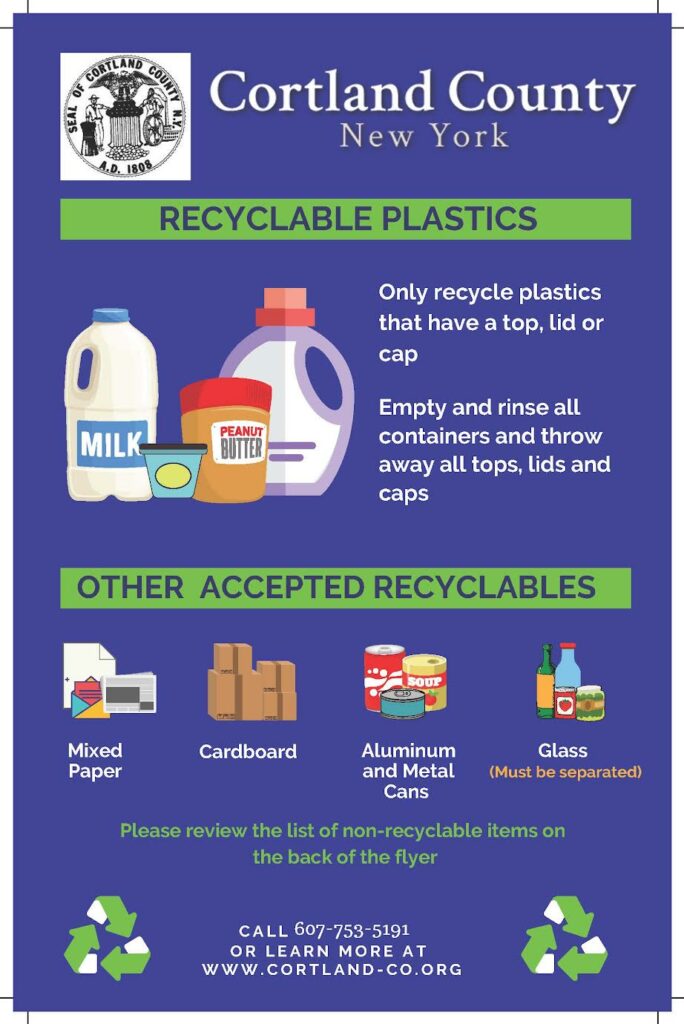 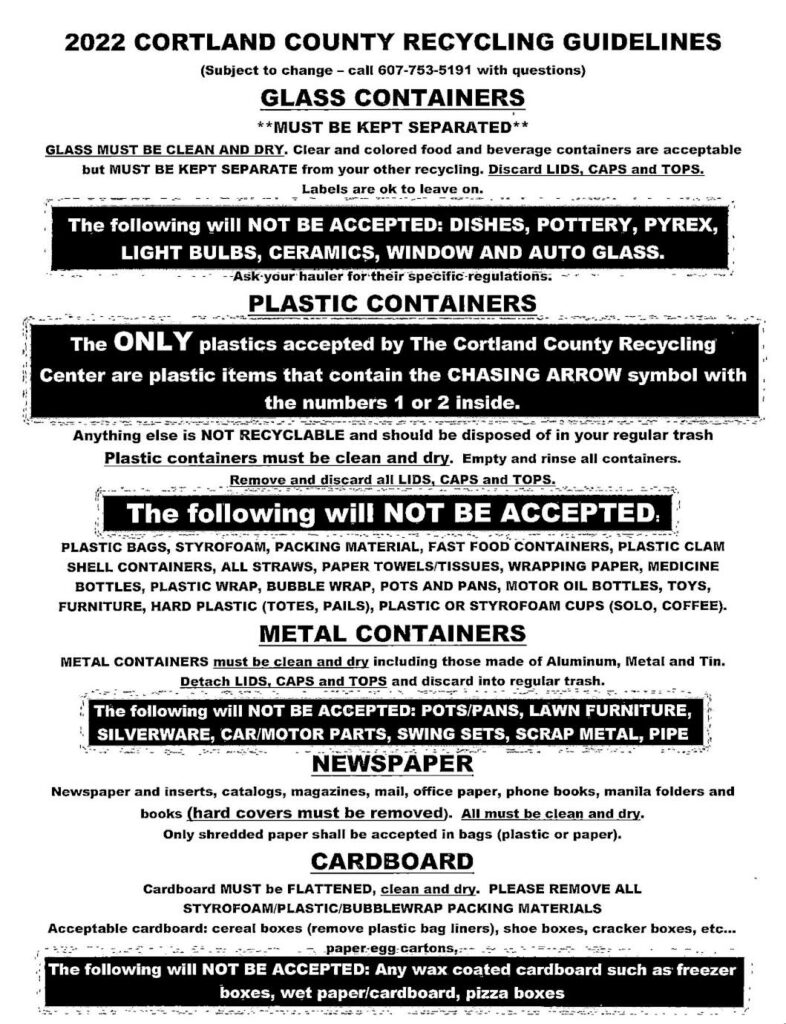 Spadolini noted at this time, “glass is not recyclable.”

Spadolini said county residents have become bewildered over plastics. He noted that “everyone assumes that if it’s plastic, it’s recyclable. It’s not the case anymore.”

“The only thing that’s recyclable are plastics that have the ‘chasing arrow’ logo and are listed as number one or two plastics,” Spadolini added. “Anything else like plastic totes or kids toys, our processors don’t have a source to get rid of this stuff.”

Spadolini did mention that some plastics may become recyclable in the near future “if there’s a market for it.”

“Until then, some of the stuff being recycled is too expensive to recycle into something else,” he added.

Metal containers, including food containers and cans, are recyclable, but Spadolini noted “all other metals are not.”

Most papers and cardboards are recyclable, Spadolini said.

“We like to see cardboard flattened,” he added. “We can’t recycle styrofoam or bubble wrap. If it’s in the cardboard, it needs to be removed.”

Further information about recycling in the county is available on the Cortland County Facebook page and on the recycling center’s page in the county’s website, Spadolini said.

Spadolini also encouraged county residents to call the recycling center at (607) 753-5191, which will have a “live voice” to answer questions.

“We’ll point you in the right direction because there’s been a lot of specifics on plastics and metals,” he said. “The rules are always changing.” 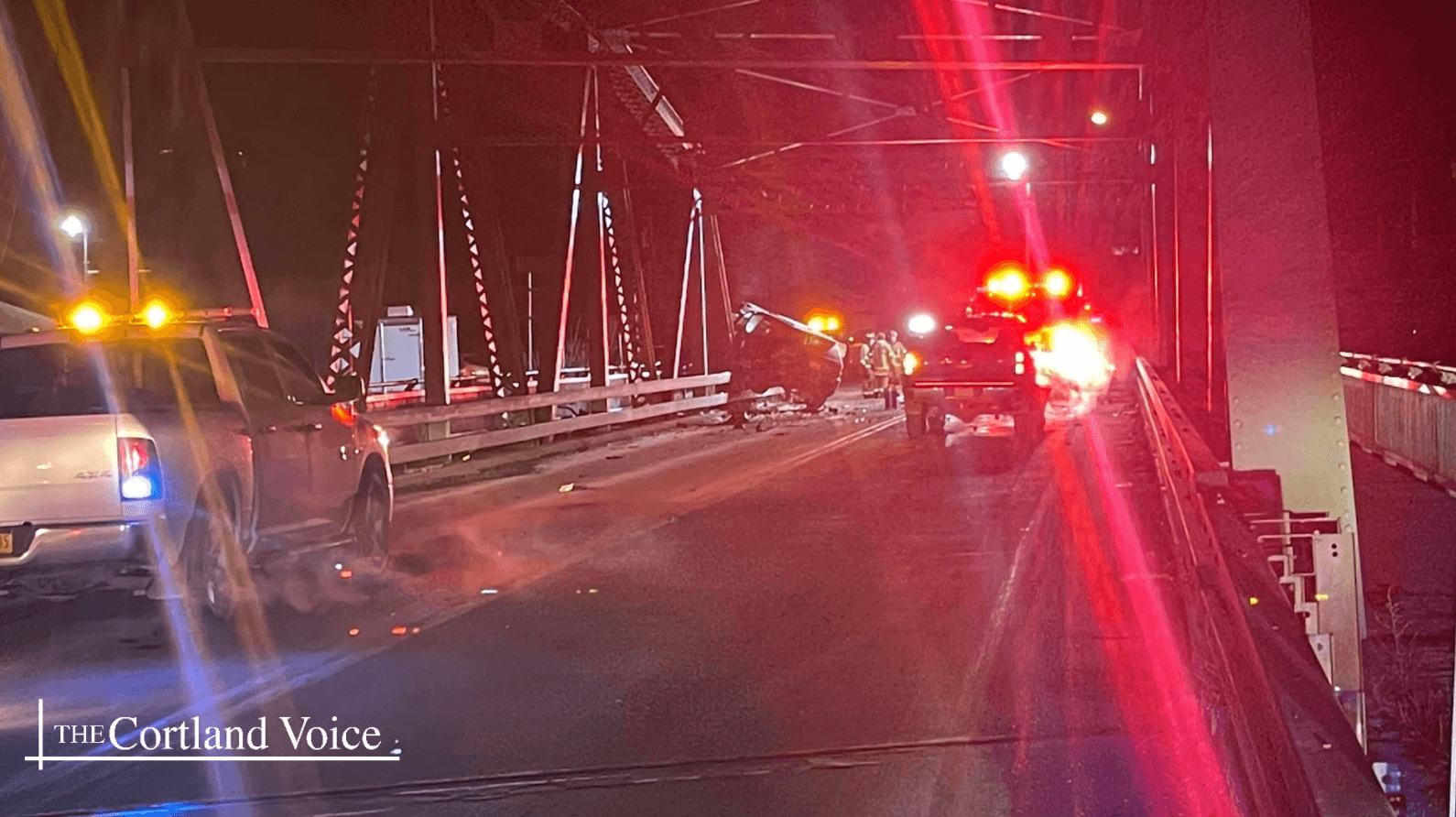 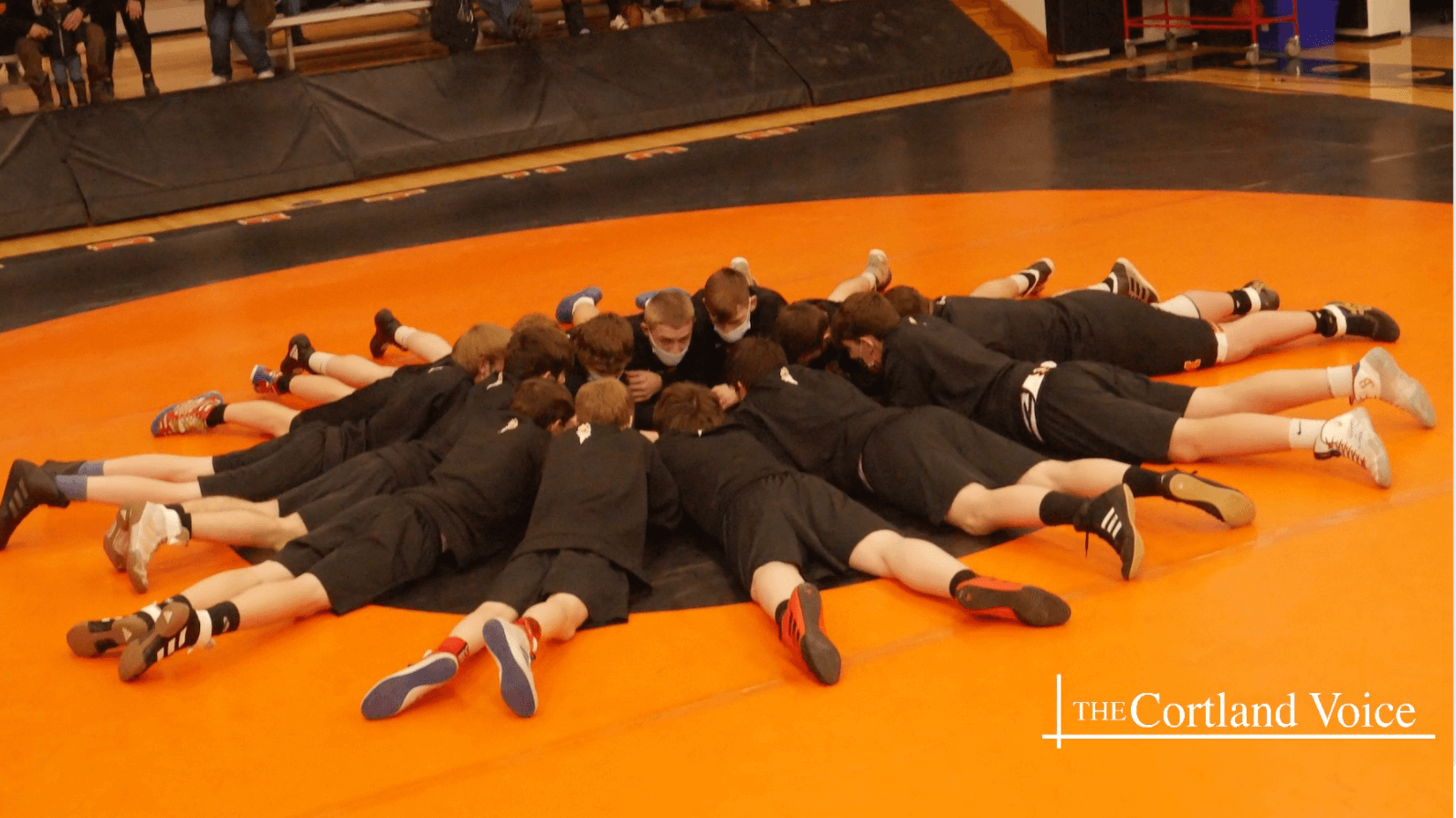