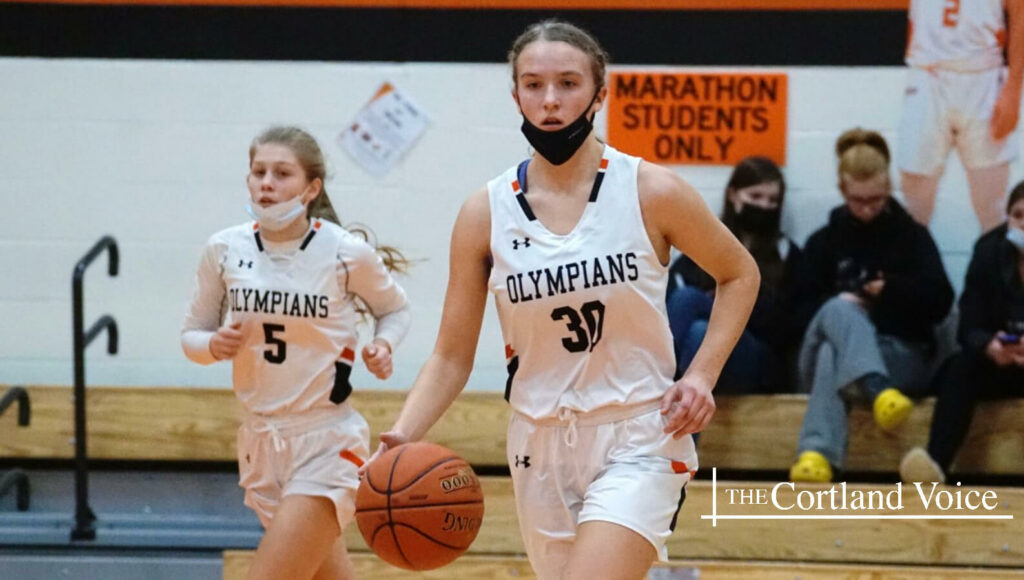 This was the Lady Olympians’ second encounter with Odessa-Montour Central this winter season, as they defeated them by 41 points in the regular season.

However, the start of the game did not turn out to be as easy as the Olympians thought, as they fell 8-12 at the end of the first quarter.

However, the Lady Olympians rallied back up by outscoring Odessa-Montour Central 19-5 in the second quarter. Marathon had a 27-17 lead at the end of the first half.

“The girls felt a little pressure in the first quarter,” said Marathon Head Coach Andrew Pierce. “Their shots just weren’t going in, but they settled down in the second quarter.” 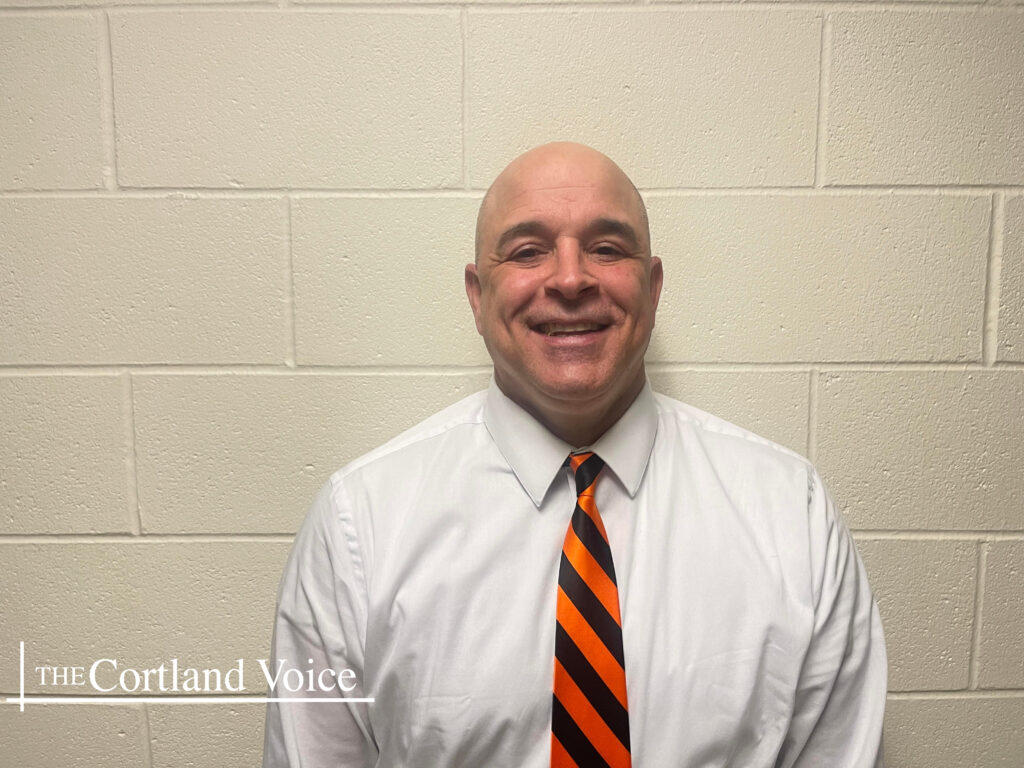 “We were a little complacent in the first quarter,” added Marathon senior captain Brooke Tillotson. “We got a little wake up call when we were down at the end of it, but we came back out in the second, and came out strong.” 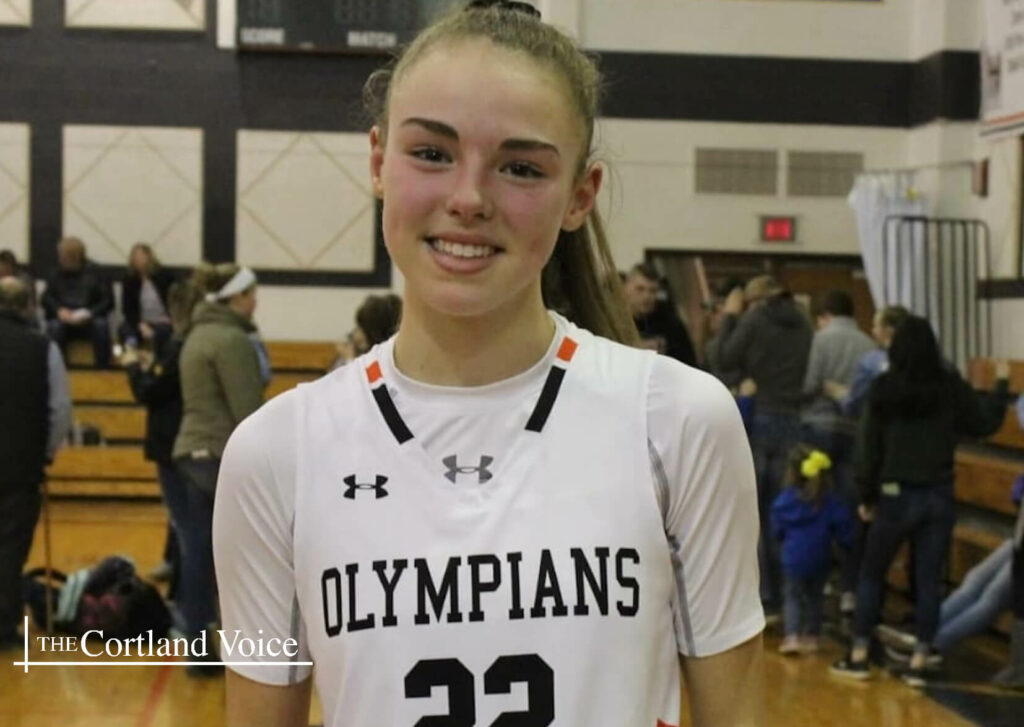 After that, the Lady Olympians did not look back, and kept their foot on the gas pedal in the second half to ultimately win the game.

During the game, Tillotson took a hard hit and chipped half a tooth. Through it all, Tillotson still managed to help guide her team to victory.

Now the Lady Olympians will have a sectional championship showdown against Franklin Central (#2 seed) this Saturday at SUNY Delhi. The game is scheduled to tip off at 2pm.

Marathon players’ take on the game vs. Odessa-Montour Central:

Abby Ensign: “We underestimated them. They definitely got better and we weren’t prepared at first, but eventually we got into it. I said, ‘We have to go. We have to take over. We are not losing this game.’” 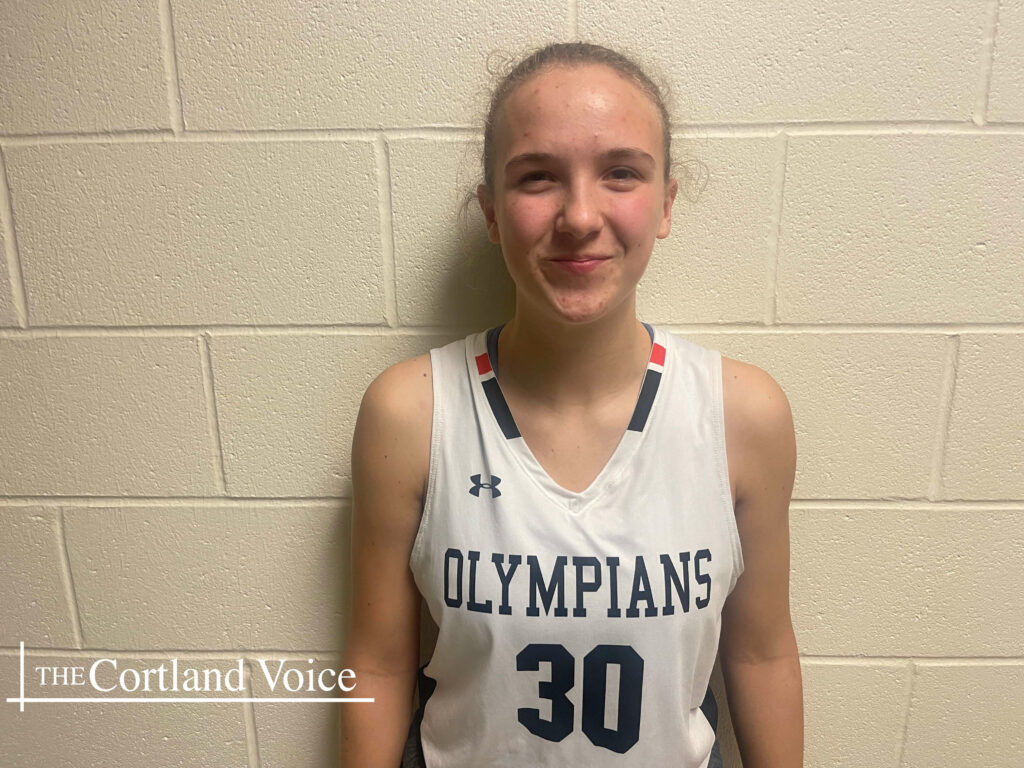 Anna Hoyt: “I was a little bit nervous at first. When we came out, we weren’t really playing to our full potential. We were just thinking that they (Odessa-Montour Central) were just going to come out like they did last time, and it was going to be an easy game; but we stepped it up and won it.” 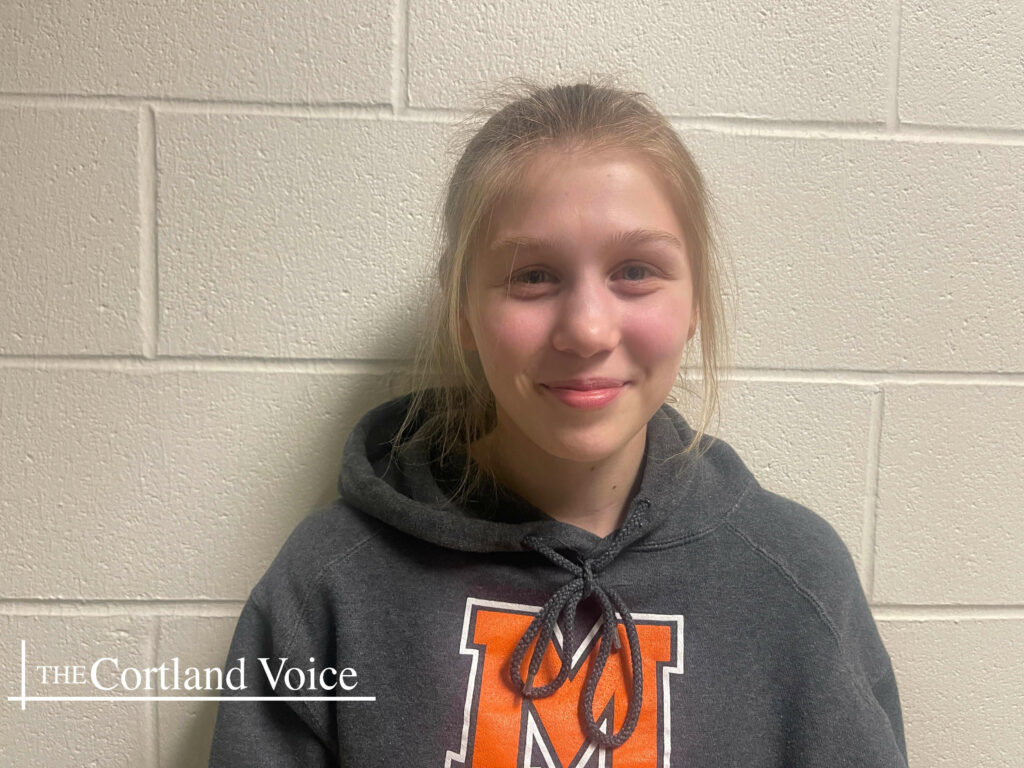 Video streams of the game:

We, the Cortland Voice, streamed the game last night on our Facebook page.

Click here to watch the 1st half of the game.

Click here to watch the 2nd half of the game. 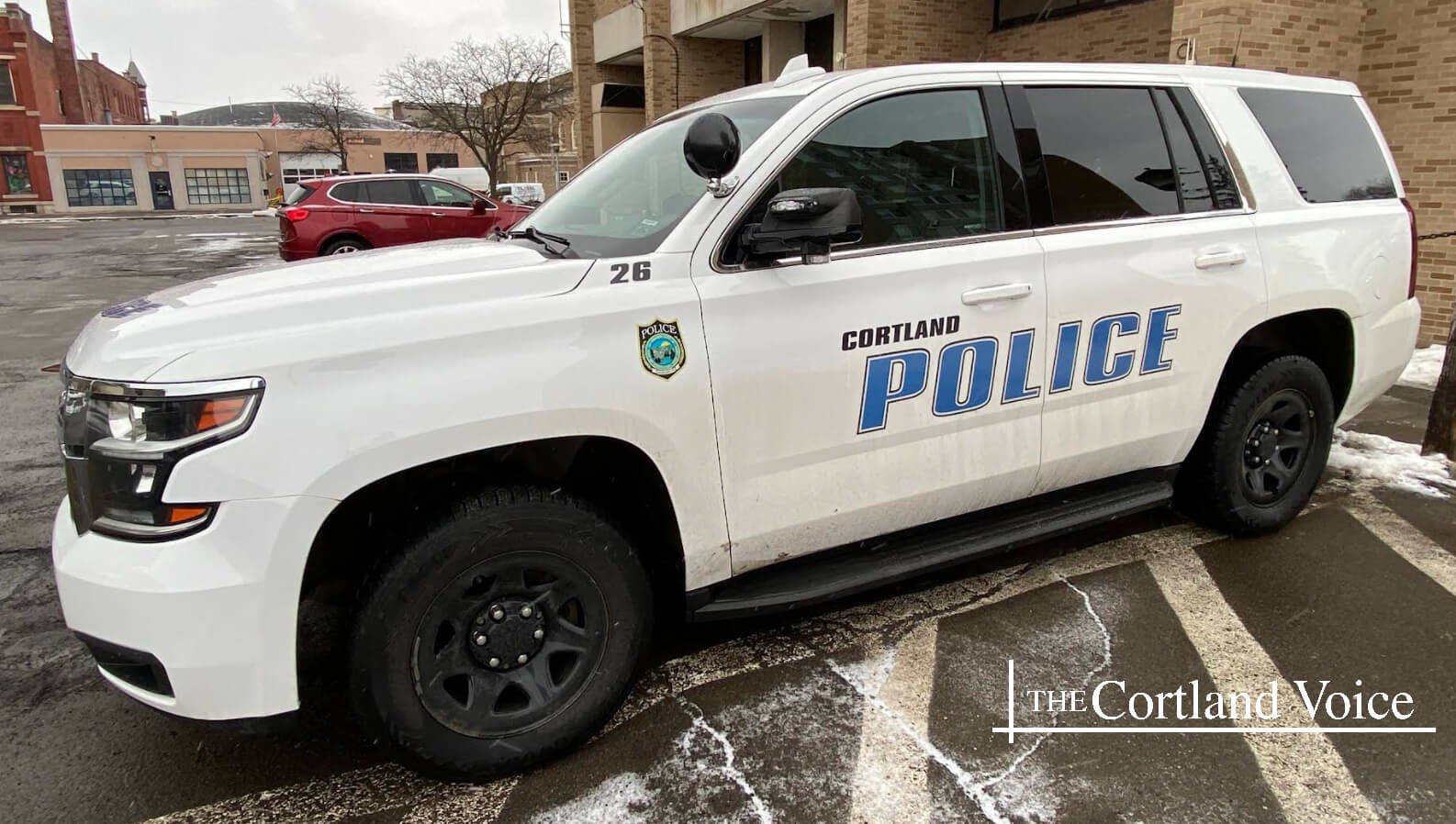 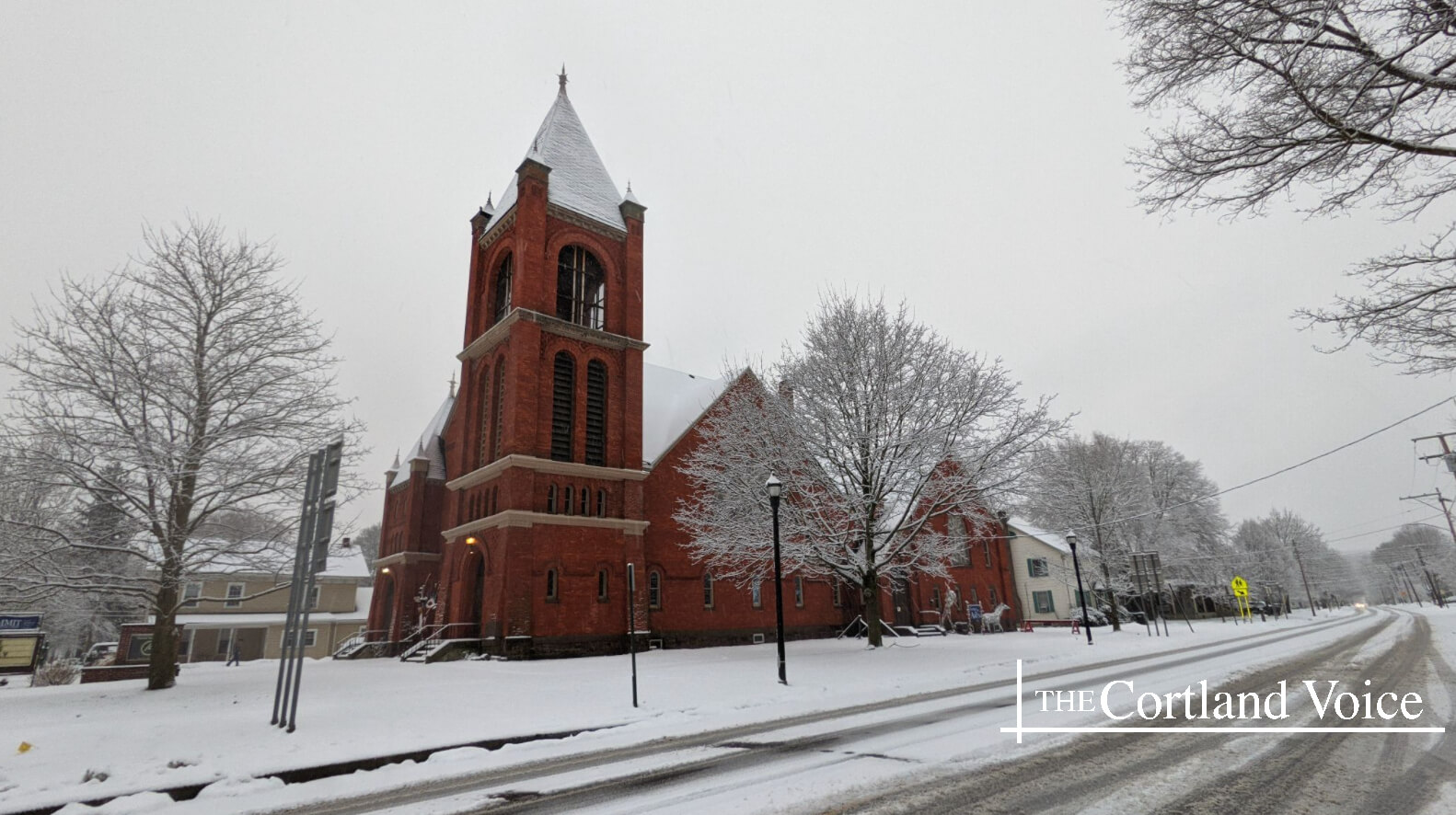