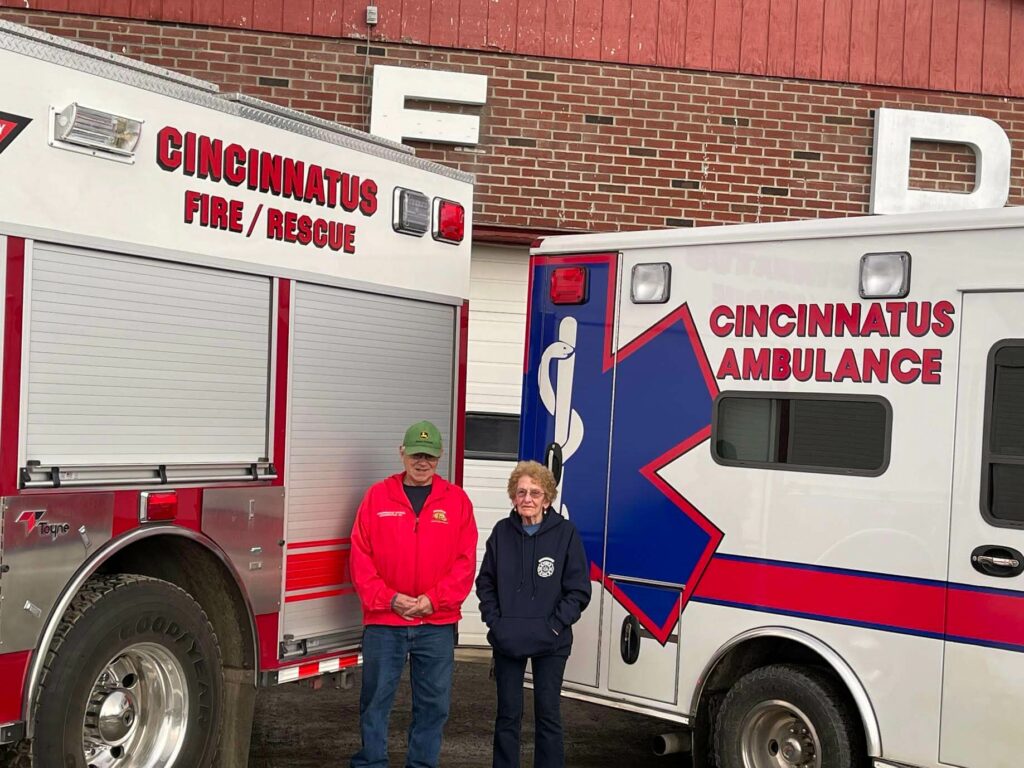 A couple of members of the Cincinnatus Fire Department and Emergency Squad recently celebrated 50 years of service.

Elaine Oros, 85, and Lucian Clark, 72, have been part of Cincinnatus’ fire and emergency medical service (EMS) teams since the early 1970s.

“It’s pretty rare to have anyone with that many years of service in a volunteer organization,” said Cincinnatus EMS captain Mellisa Rice. “Volunteering hours, commitment and dedication for that long shows a true love for the community and service to the people.”

Oros, a South Otselic (a hamlet in Chenango County) native, moved to Cincinnatus with her late husband Louie in 1970. In the same year, Oros joined Cincinnatus’ EMS team.

In 1974, Oros became treasurer of the emergency squad and still is to this day. Oros noted this will be her last year as the EMS’s treasurer.

“When I stop and think about it, it’s been a lot of years,” she said. “I originally told (the EMS squad in 1974) that I’d take the treasurer’s position for one year. It’s been a heck of a long year.”

Clark, who currently lives in Pitcher (a town in Chenango County), was born and raised in Cincinnatus. He joined the fire police and EMS since his late father, Robert, was also a member of the fire police. Clark’s late brother Timothy, and his other brother Michael, were also members of the fire department.

“I kept pretty busy in the (fire police and EMS) departments,” Clark said.

“It’s been a long time and a lot of changes,” Clark said. “I started out with a flashlight, flag and a vest (in the fire police), now we have some really nice gear. We’ve come a long way as far as equipment goes.”

Oros and Clark have been good friends over the five decades they’ve served in Cincinnatus’ various departments.

“Lucian and I are buddies,” Oros said. “We’ve been a long time coming through the 50 years working together. He’s a good guy.”

“I had a lot of fun with (Elaine) when we were on the (emergency) squad together,” Clark said. “I went to a lot of EMT refreshers with her. She’s a good person.”

Clark and Oros have cherished their years of service in Cincinnatus,

“I was happy all the way through it. (Everyone) always got along with each other. I enjoyed it a lot,” Oros said.

“A lot of people have come and gone, but I always enjoy helping the people and working with others,” Clark said.

Rice noted Clark and Oros are “highly respected” in their respective departments.

“They’ve been mentors to 50 years of people. They’re greatly loved,” Rice said. “Truly anyone who has gotten to know them has been blessed to know them.” 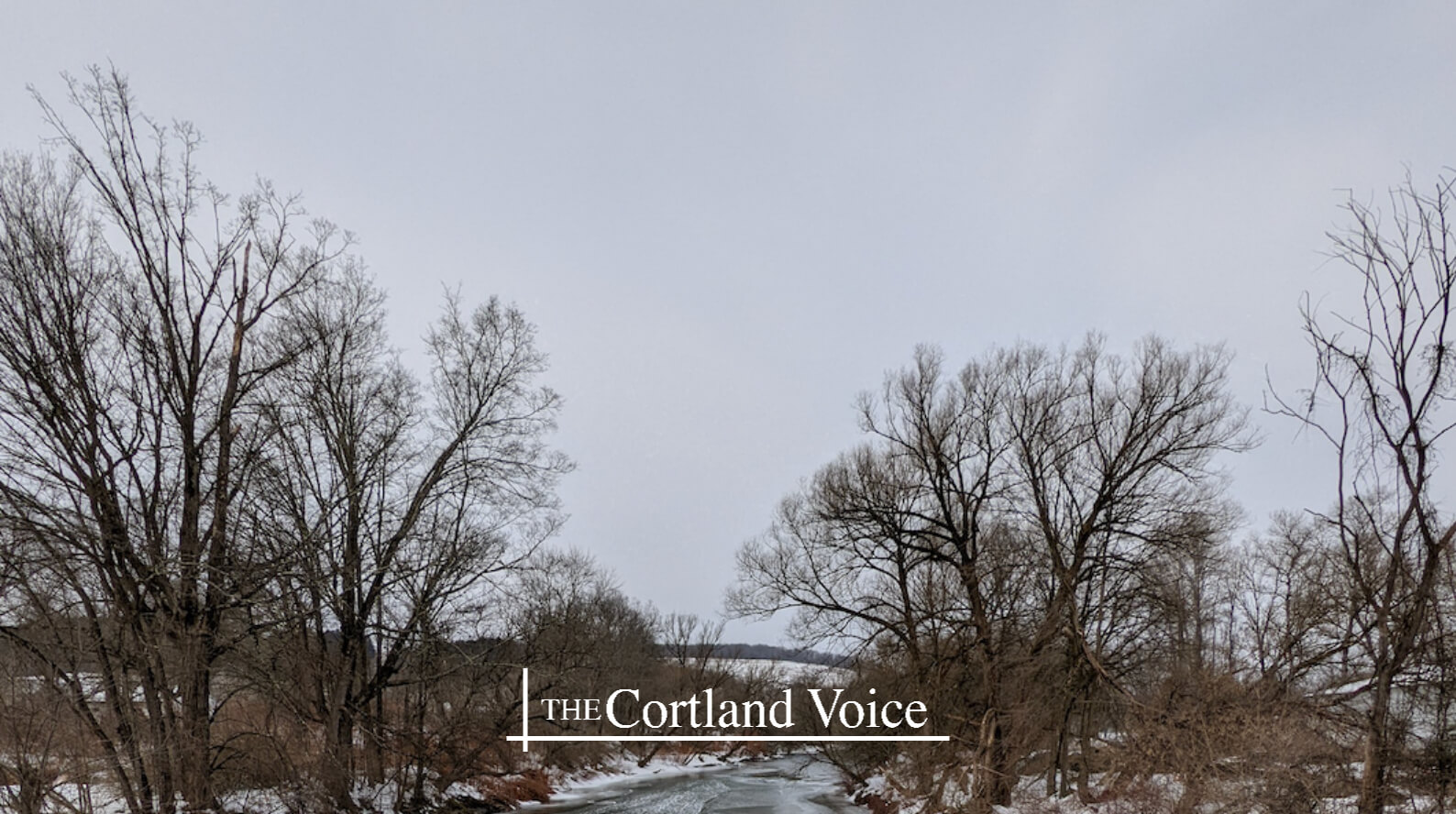 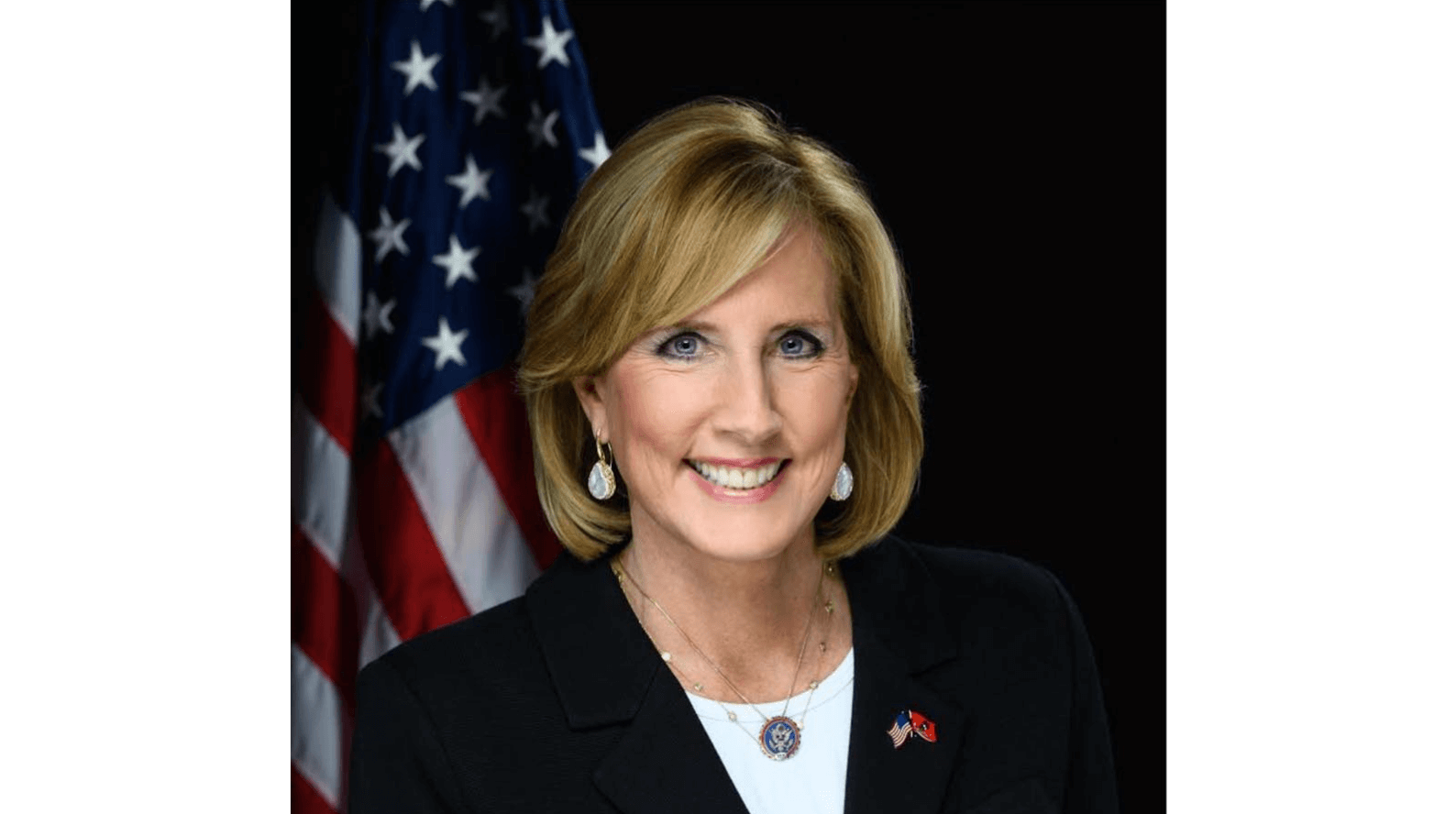