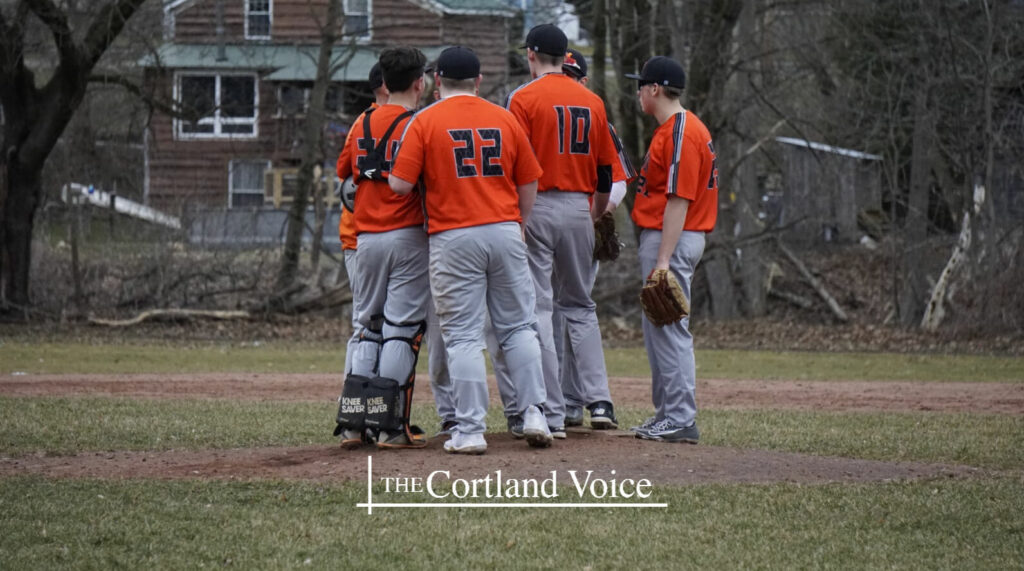 The Cortland Purple Tigers improved to a 6-0 record after defeating Syracuse on the road with a score of 7-4 Monday afternoon.

Syracuse pitcher Noah Kisslestein threw a total of 6 strikeouts in the game.

Cortland’s next game will be played at the Gutchess Lumbers Sports Park against Jamesville-Dewitt on Thursday (April 21st) at 6:30pm.

The Marathon Olympians lost a difficult game to Union Springs with a final score of 5-21.

“Despite the final score, I think we played okay,” said Marathon head coach Bryan Hoyt. “It was 7-3 going into the 5th inning, and we were playing good baseball. It started raining in the top of the 5th, and we just couldn’t get out of that inning.  I thought we hit the ball better, and cut down on our strikeouts. Our pitchers threw strikes. They (Union Springs) had a couple of bloop hits in that 5th inning that just dropped in there, and we couldn’t seem to get that 3rd out. We need to make a few more plays in the field, but we are getting better.”

With this loss, the Olympians hold a 1-5 overall record.

Up next, Marathon is scheduled to play Groton on Wednesday (April 20th) at Marathon High School at 4:30pm.

According to Marathon head coach Jamie Bush, the empires called the game in the fifth inning after rain and snow started to come down.

“The real issue was the wind, as it started to affect both teams and they did not want to see anyone hurt,” said coach Bush.

According to coach Bush, Brie Carter threw 7 strikeouts and “allowed her defense to make plays” in the game.

Note: A score breakdown and Individual stats of the game were not available by the time this article was written.

Up next, Marathon will play McGraw at McGraw High School on Wednesday (April 20th) at 4:30pm.

The Cortland Purple Tigers lost to Auburn with a team score of 1-6 on Monday.

Here are the results of each match:

The Marathon Olympians competed in their first match of the season against Southern Cayuga Monday afternoon.

The final team scores ended up being 213-213, but Southern Cayuga came up with the victory due to the fifth player rule, according to Marathon coach Sydney Jennison.

Here are the individual scores of each team: 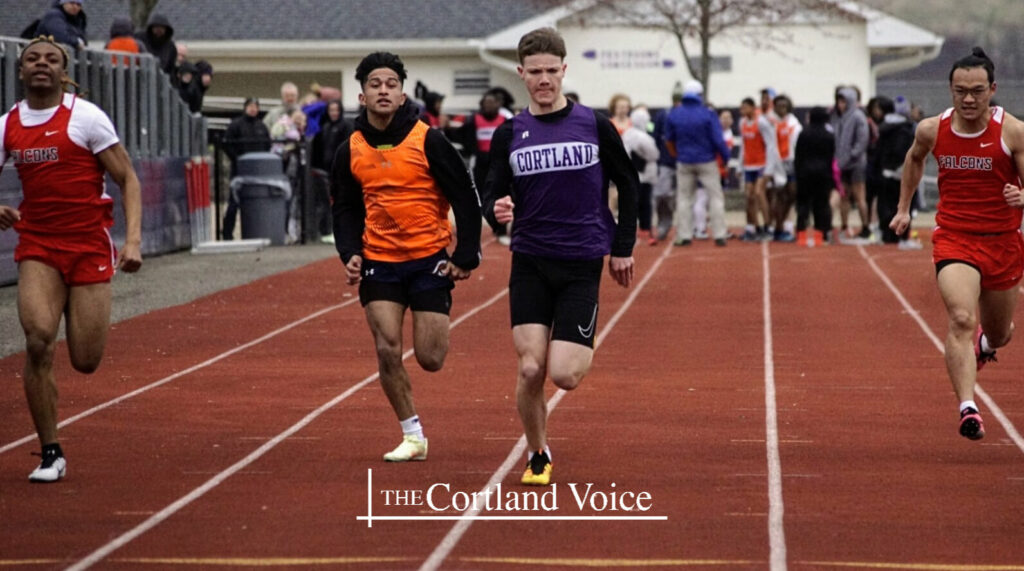 The Cortland Purple Tigers hosted a three-way meet against Fowler and East Syracuse Minoa on Monday.

Click here for team results/individual highlights as well as photos of the meet. 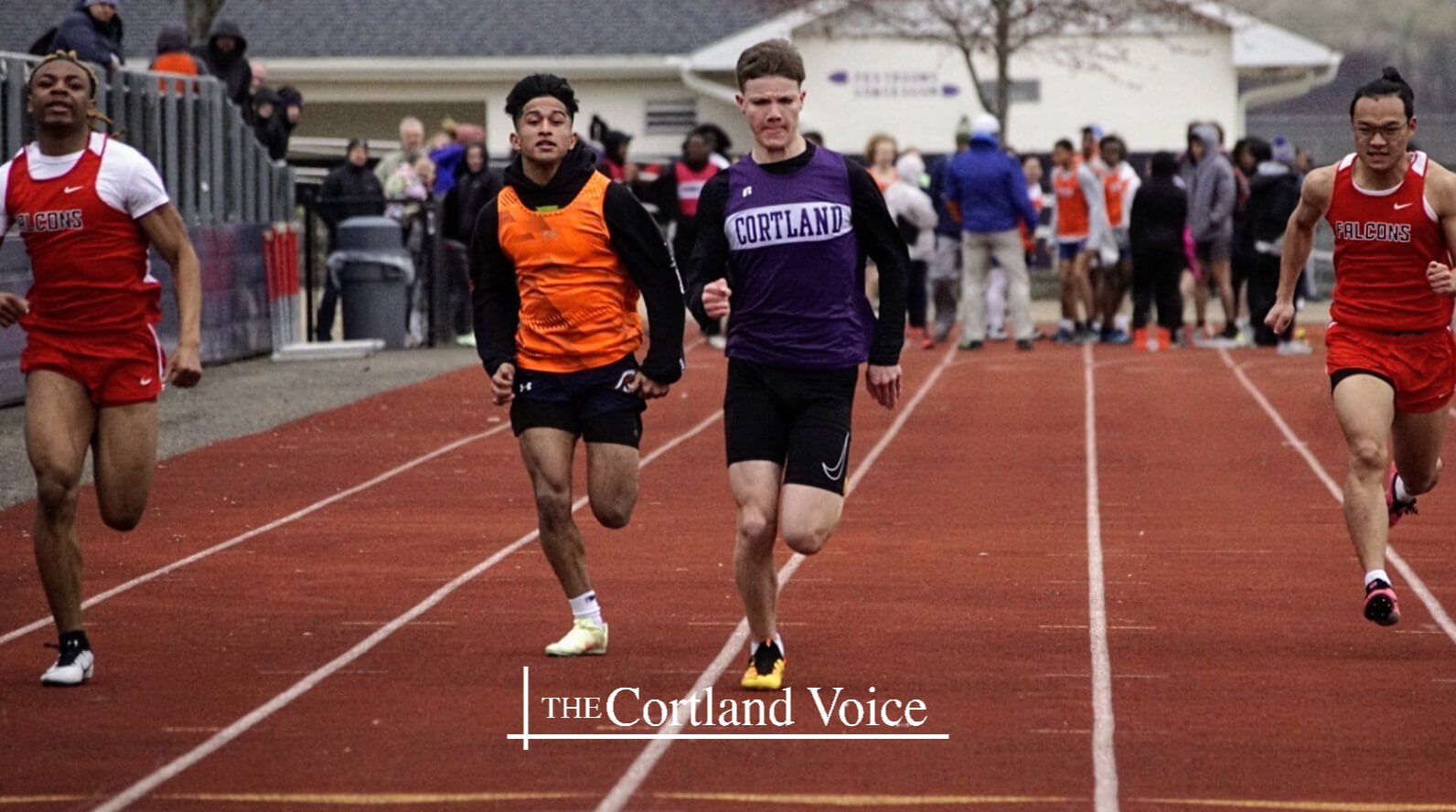 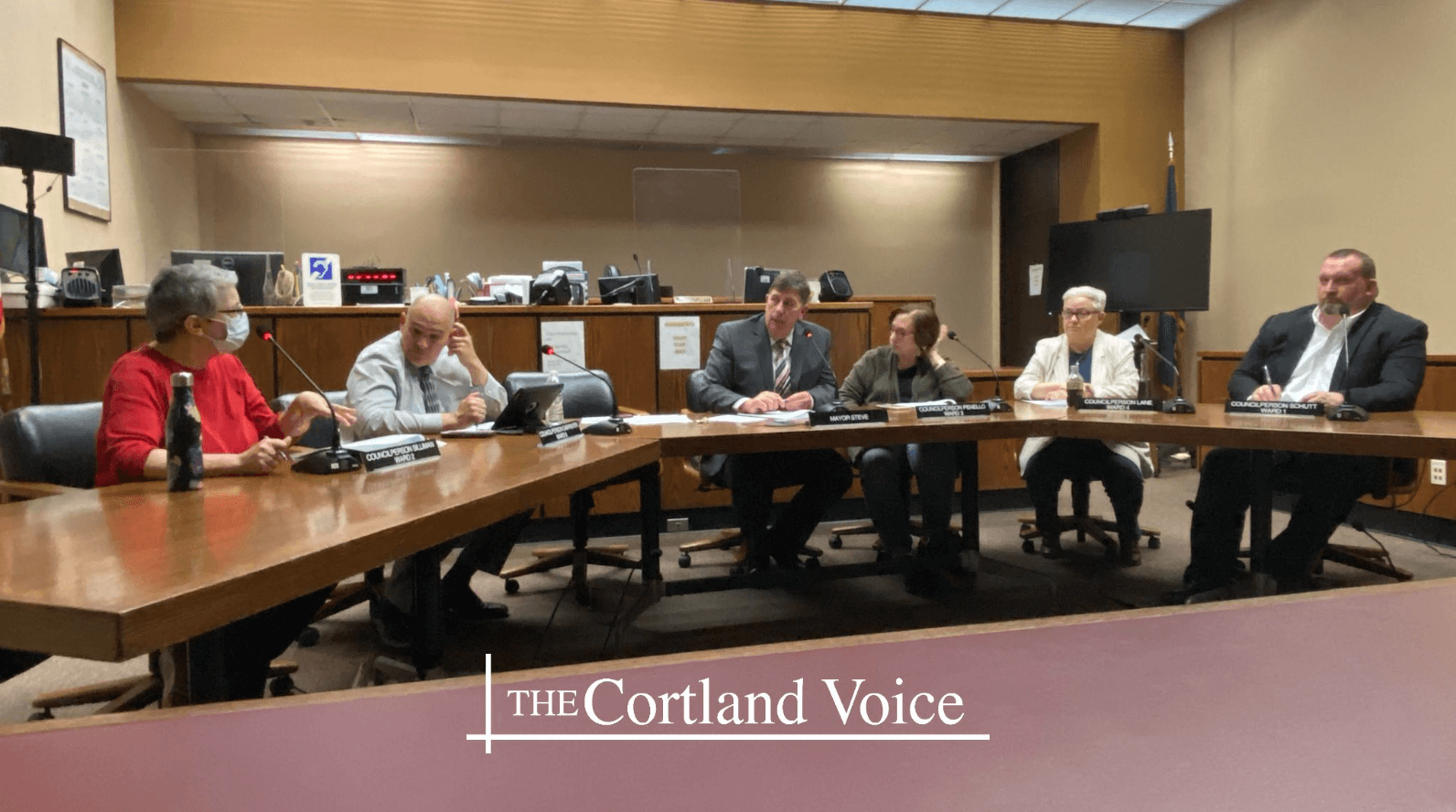