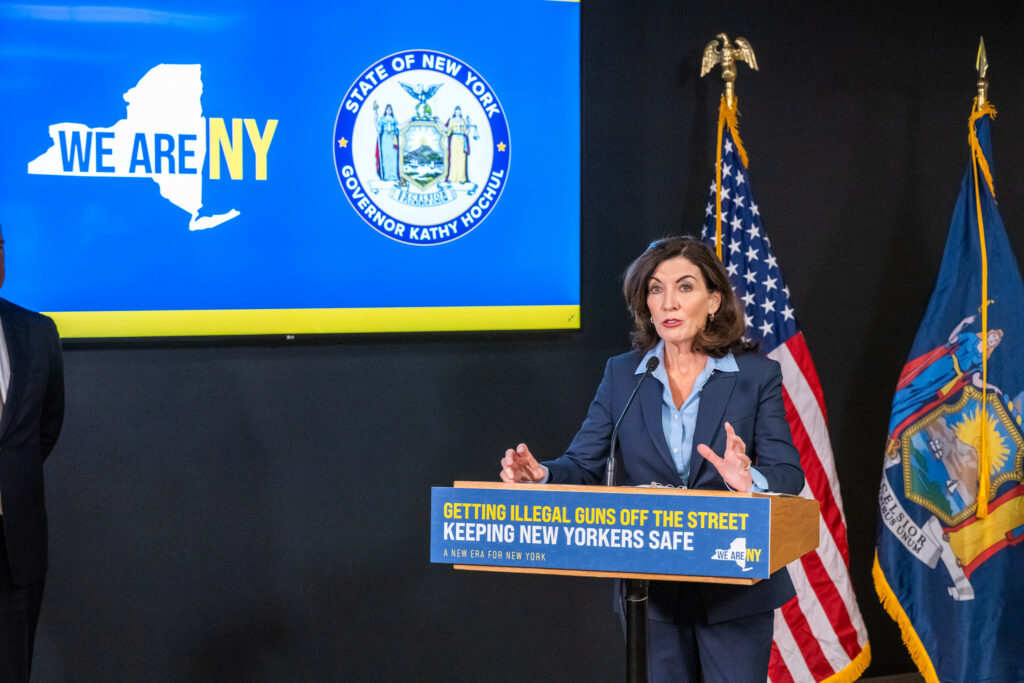 Governor Kathy Hochul proposed additional action to strengthen and close loopholes in state gun laws in the wake of a horrific mass shooting in Texas that claimed the lives of at least 21 people - including 19 elementary school children. Out of an abundance of caution, Governor Hochul is directing State Police to increase visibility at schools in their patrol areas statewide. This increased presence includes check-ins at schools to be conducted by both uniform and plainclothes members. This effort will continue through the end of the school year.

Earlier this morning, Governor Hochul convened an emergency meeting of the state's School Safety Improvement Team (SSIT), which includes the State Police, State Education Department, Division of Homeland Security and Emergency Services and the Division of Criminal Justice Services. The meeting was held to ensure that everything possible is being done to support school safety across the state. The SSIT was created in 2013 following the tragedy at Sandy Hook Elementary School. The team works to support the safety of schools and ensure that each has the proper security protocols and procedures in place.

"The horrific shooting of 19 children and two teachers in Texas, not even two weeks after the mass murder of ten New Yorkers in Buffalo, is yet another infuriating reminder of the plague of gun violence facing our nation," Governor Hochul said. "These are steps we shouldn't have to take, but I am convening an emergency meeting of the state's School Safety Improvement Team and directing State Police to increase visibility at schools to make sure we are doing everything in our power to prevent the next tragedy. My administration will continue working to strengthen the gun laws in our state and put an end to these horrific acts, so that everyone—from schoolchildren to those shopping for groceries to those visiting houses of worship—can live without fear that their lives will be cut short by a weapon of war."

Last week, in direct response to the white supremacist act of terror that claimed 10 lives at a supermarket in Buffalo, Governor Hochul unveiled a comprehensive plan to combat the steady rise in domestic terrorism and violent extremism, strengthen state gun laws and crack down on social media platforms that host and amplify content that promotes and broadcasts violent acts.

The package included the issuing to two key Executive Orders. The first Executive Order will establish a new unit within the Office of Counterterrorism dedicated solely to the prevention of domestic terrorism, while also establishing a dedicated State Police unit to track domestic violent extremism through social media. The second Executive Order will require State Police to file for an Extreme Risk Protection Order (ERPO) under New York State's Red Flag Law whenever they have probable cause to believe that an individual is a threat to themselves or others.

As part of the package, Governor Hochul is also pushing a series of legislative measures designed to help law enforcement investigate and prevent gun-related crimes. The Governor is proposing new legislation to close the "other gun" loophole by revising and widening the definition of a firearm, making more guns subject to various preexisting firearm laws.

Governor Hochul is working with the Legislature to pass two bills to address and streamline the investigation of gun-related crimes. The first would set forth a process to require semiautomatic pistols manufactured or delivered to licensed dealers in New York to be microstamping-enabled. The second piece of legislation would strengthen gun reporting protocols by requiring all law enforcement agencies to report the recovery of any crime gun within 24 hours of their discovery.

Speaking today at the second meeting of the Intra-State Gun Tracing Consortium at the New York State Intelligence Center in East Greenbush, Governor Hochul also provided an update on law enforcement efforts to get illegal guns off our streets. State Police gun seizures are up 60 percent per month since the January inception of the Interstate Task Force on Illegal Guns. In 2022, State Police have seized 513 guns. In total, over that span, law enforcement agencies across the state have seized approximately 4,000 guns, including more than 250 ghost guns.

With numbers updating daily, gun seizure numbers for May are subject to change. Table reflects gun seizures through May 22.

Additionally, State Police continue their aggressive gun-tracing efforts. In 2022, State Police have conducted 299 gun-tracing investigations. From these cases, they have forwarded 53 investigative leads to 22 states. These cases represent people from other states who were arrested in New York for illegally possessing or trafficking firearms.

In addition to State Police, The Department of Corrections and Community Supervision and the Division of Criminal Justice Services, Wednesday's Intra-State Gun Consortium meeting was attended by representatives from the Bureau of Alcohol, Tobacco, Firearms and Explosives, the United States Attorney's Office, the Office of the Attorney General, the New York City Police Department, the Port Authority Police Department and various local law enforcement agencies and district attorneys. The group discussed recent gun seizure data and recent strategies to get illegal guns off the streets and protect New Yorkers.

Governor Hochul has prioritized strengthening coordination between law enforcement agencies at all levels and across various states, convening the Interstate Task Force on Illegal Guns in January to share intelligence, tools, tactics and strategies for combating gun violence, especially as it relates to trafficking firearms between different states. The Task Force is comprised of more than 50 law enforcement representatives from nine northeastern states. 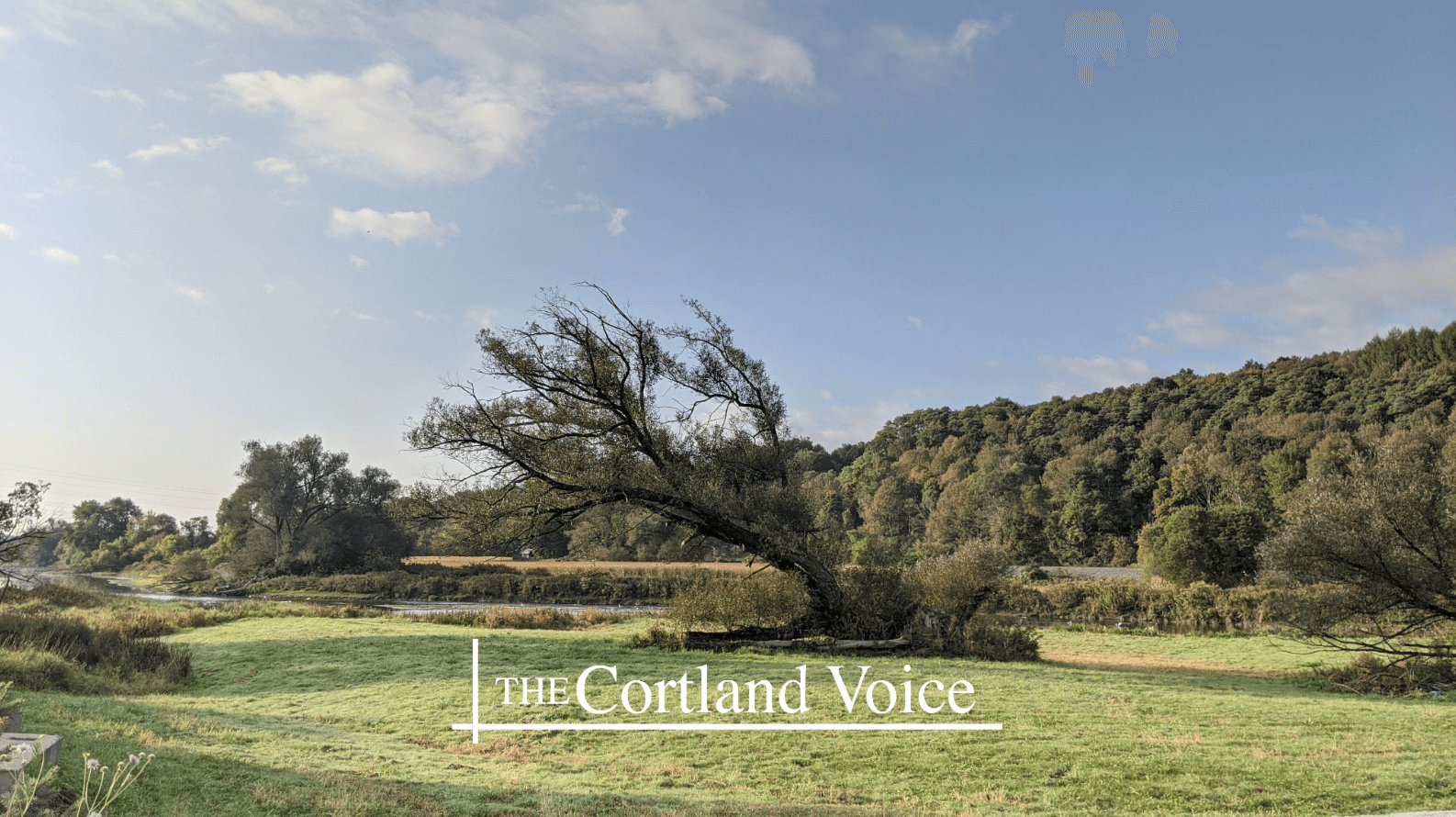 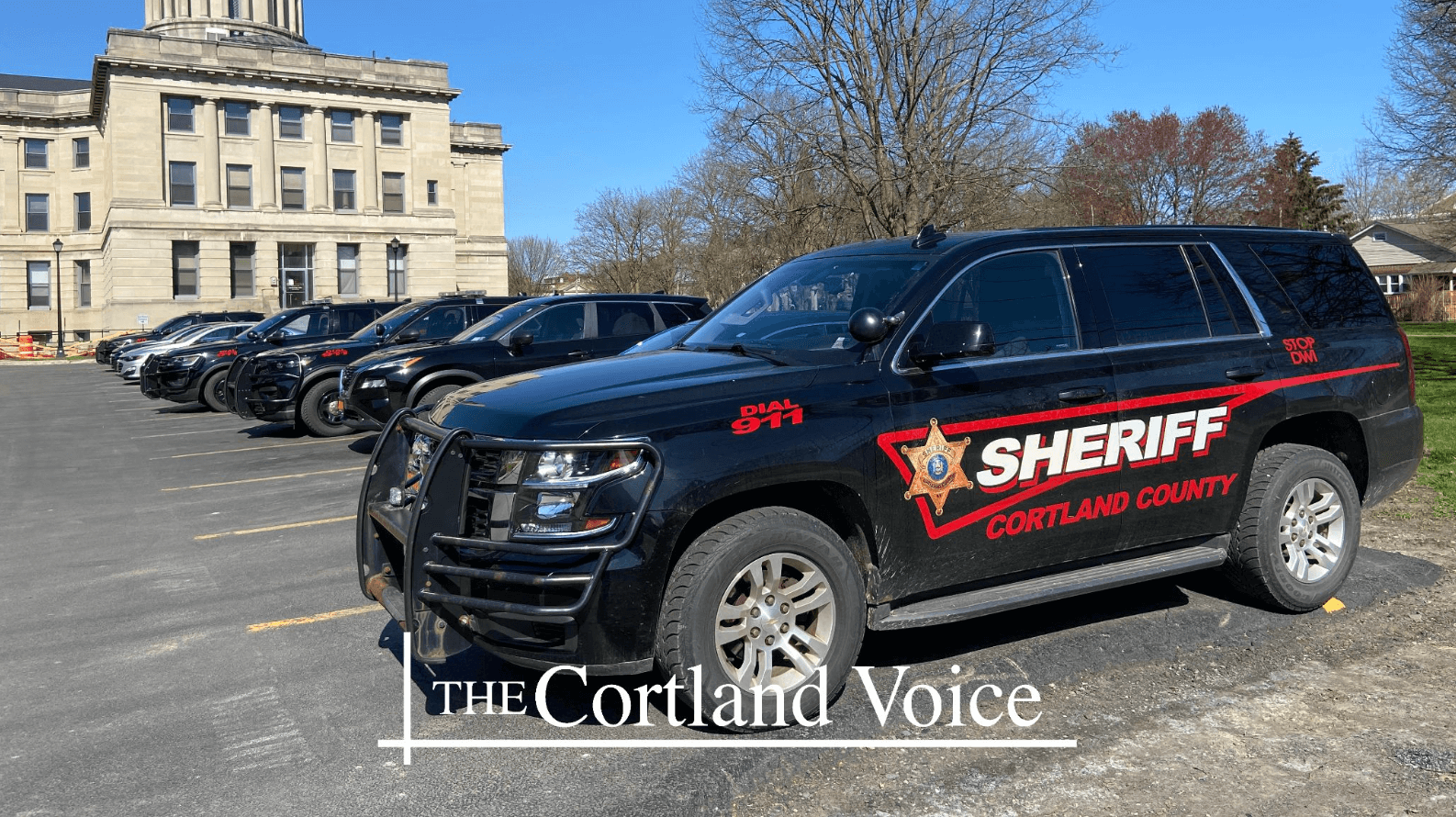