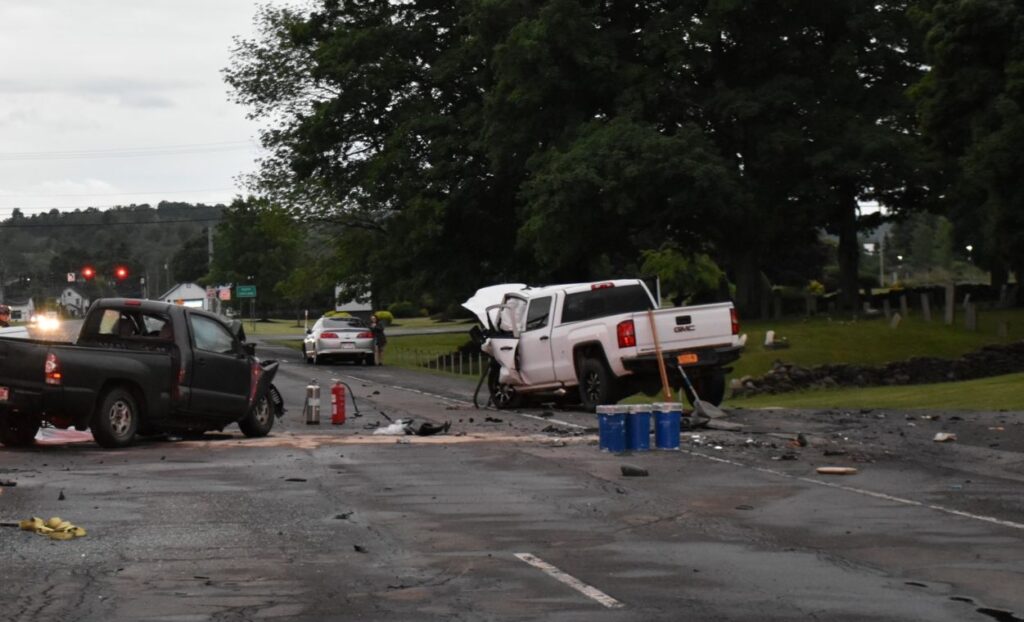 A Homer man died in a three-vehicle accident on Route 13 near Bennie Road in the town of Cortlandville Wednesday evening, according to a report from the New York State Police.

According to the report, the man has been identified as Curtis A. Davies-Carr, 34 of Homer, who was operating a pickup truck prior to the accident.

Davies-Carr was driving north on Route 13 in the pickup truck. Another pickup truck and a sedan were traveling south on the same road. Occupants of the other pickup truck included John M. Czarpranski, 27 of Dryden, and Olivia R. Levy, 23 of Binghamton. The driver of the sedan was Sebastian Hollfelder, age 22 of Homer.

The report states that based on the preliminary investigation, Davies-Carr, in his pickup truck, had “traveled into the southbound lanes when the vehicles collided.” 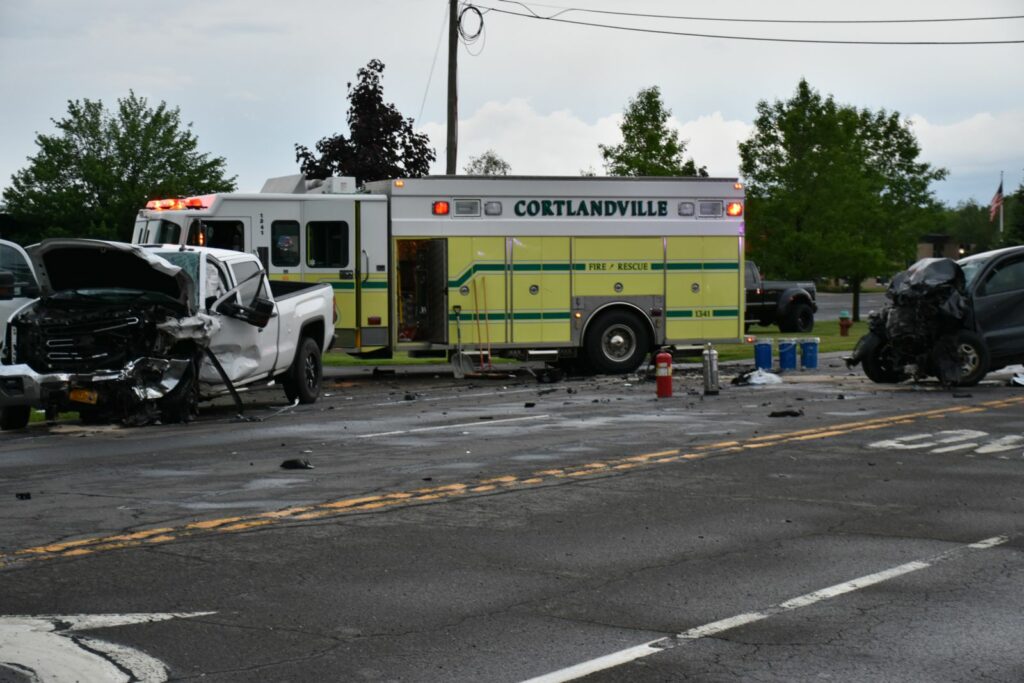 Davies-Carr was pronounced dead at the scene, the report states.

Czarpranski and Levy were transported by TLC Ambulance to Guthrie Cortland Medical Center “with non-life-threatening injuries,” the report notes. Hollfelder was not transported by ambulance.

NYSP was assisted by members of the Cortlandville Fire Department, TLC Ambulance, Dryden Ambulance, and the New York State Department of Transportation.

The investigation is ongoing through NYSP and the Bureau of Criminal Investigation. Further details revolving around the accident have yet to be determined. 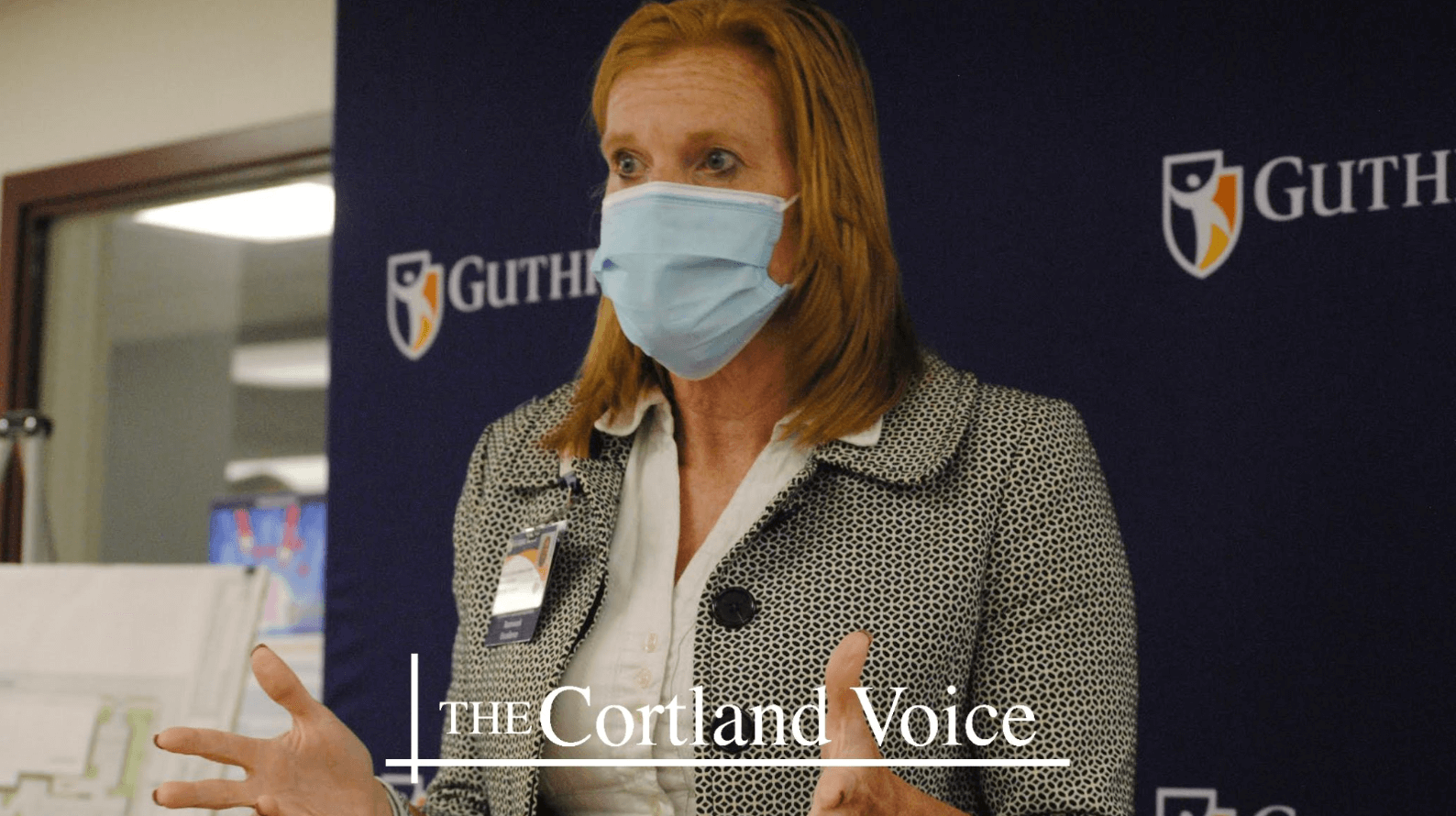 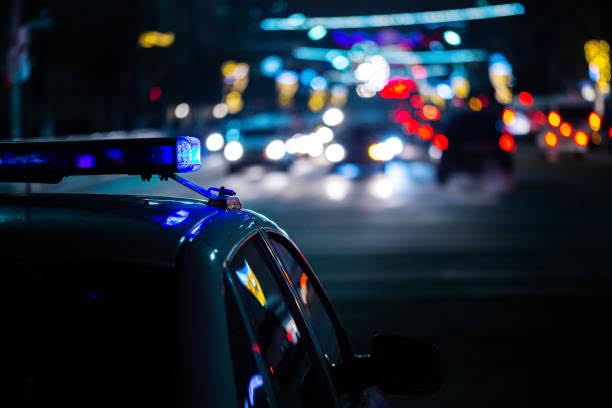