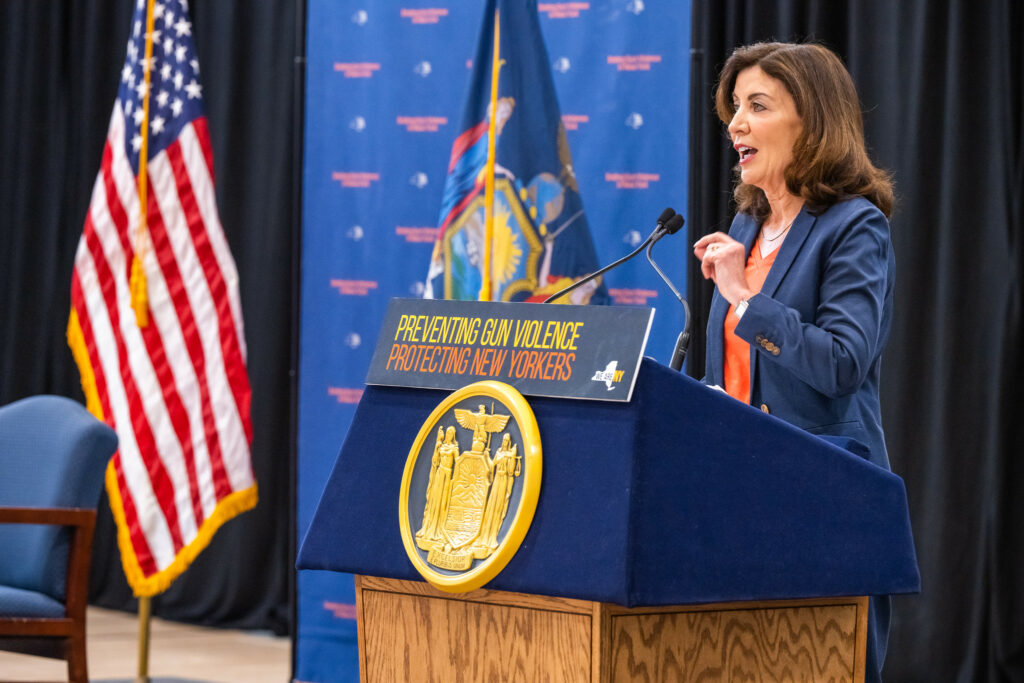 Governor Kathy Hochul signed a landmark legislative package to immediately strengthen the state's gun laws, close critical loopholes exposed by shooters in Buffalo and Uvalde and protect New Yorkers from the scourge of gun violence that continues to infect our nation and endanger our communities. Governor Hochul signed the bills at the Northeast Bronx YMCA flanked by Majority Leader Andrea Stewart-Cousins, Speaker Carl Heastie, partners in the legislature, Attorney General Letitia James and victims and survivors of gun violence.

"Gun violence is an epidemic that is tearing our country apart. Thoughts and prayers won't fix this, but taking strong action will," Governor Hochul said. "In New York, we're taking bold steps to protect the people of our state. I am proud to sign a comprehensive bill package that prohibits the sale of semiautomatic weapons to people under 21, bans body armor sales outside of people in select professions, closes critical gun law loopholes and strengthens our Red Flag Law to keep guns away from dangerous people—new measures that I believe will save lives. I am thankful to Majority Leader Stewart-Cousins, Speaker Heastie, and all our legislative partners for acting with the urgency and thoughtfulness that this issue demands. While we are taking expedient action to enhance New York State's nation-leading gun laws, we recognize that gun violence is a nationwide problem. I once again urge Congress to follow our lead and take immediate action to pass meaningful gun violence prevention measures. Lives depend on it."

"There is a scourge of gun violence in our country due to the pervasiveness of illegal firearms. Year after year, our neighborhoods are flooded with illegal guns and ghost guns, tormenting families and law-abiding citizens every day, but yet the national response does not change," Lieutenant Governor Antonio Delgado said. "In New York, we just passed common-sense gun safety legislation and more kids will live to see their high school graduation because of it. In the fight to save lives, New York is leading the way."

Majority Leader Andrea Stewart-Cousins said, "Our nation has been brought to a moment of reckoning due to weapons of war that have been too easily accessed by those seeking to kill. These weapons have made places in our communities like schools, grocery stores, houses of worship, and concerts, places of carnage. In these devastating times in New York and across the nation, we have worked with Governor Hochul, Speaker Heastie, and members of the Democratic Legislature to step up and send a message that this path of gun violence is unacceptable and we need real change."

Assembly Speaker Carl Heastie said, "My colleagues and I in the Assembly Majority have worked tirelessly for years to address the scourge of gun violence that has plagued this country for far too long. In just 10 days, two horrific shootings took the lives of 31 innocent people in Uvalde, Texas and right here in Buffalo, New York - including children - in places where they should have felt safe. Together with our colleagues in the Senate and Governor Hochul, we have worked to make New York's gun laws some of the toughest in the country because we believe that every American deserves to feel safe. I am proud of our efforts here in New York, but this country needs to have a serious conversation about its obscene fascination with guns and assault weapons so that every American can live without the fear of gun violence devastating their communities."

Assembly Majority Leader Crystal Peoples-Stokes said, “New York is taking decisive action to protect children and families from mass violence and domestic terrorism. Our moral imperative is to act because no one should live in fear while grocery shopping, attending school, or worshiping.  We are protecting the rights of law-abiding citizens and reducing opportunities for radicalization through online platforms and social media outlets. Furthermore, we have: strengthened  early warning systems; expanded access to extreme risk protective orders; closed loopholes for combat equipment and military-grade weapons, and made the prosecution of mass violence more effective. I’d like to thank the Speaker, my colleagues for pushing and supporting this legislation and Governor Hochul for signing it into Law.”

New York Attorney General Letitia James said, "Today, New York is taking swift, comprehensive action to combat the gun violence epidemic that continues to take the lives of innocent Americans each and every day. Across the nation, loopholes, lax laws, and the inaction of public officials allow guns to proliferate in our streets and devastate our communities. With this new package of gun laws, New York will continue to lead in imposing reasonable gun laws that keep our people safe, and I urge other states to follow suit. The time for thoughts and prayers alone has long passed — now is the time for action."

Signed into law less than one month after the tragic white supremacist act of terror at a Buffalo supermarket, this comprehensive ten-bill package will: ban the sale of semiautomatic rifles to anyone under 21 by requiring a license; prohibit the purchase of body armor by anyone not engaged in an eligible profession; strengthen the Red Flag Law by expanding the list of people who can file for Extreme Risk Protection Orders (ERPOs) and requiring law enforcement to file ERPOs under a very specified set of circumstances; make threatening mass harm a crime; require microstamping for new semiautomatic handguns; enhance information sharing between state, local and federal agencies when guns are used in crimes and strengthen requirements for gun dealers related to record-keeping and safeguarding their inventory; close the "other gun" loophole by revising and widening the definition of a firearm; eliminate the grandfathering of large capacity feeding devices; and require social media platforms to provide a mechanism for users to report hateful conduct.

Legislation S.9458/A.10503 requires individuals to obtain a license prior to purchasing a semiautomatic rifle. Under preexisting New York State law, individuals must be 21 years or older to acquire a gun license.

Legislation S.9407-B/A.10497 makes it illegal to purchase and sell body vests for anyone who is not engaged in an eligible profession. Eligible professions include law enforcement officers and other professions, which will be designated by the Department of State in consultation with other agencies. It also requires that all body vest sales are completed in-person.

Legislation S.9113-A/A.10502 expands who may file an Extreme Risk Protection Order (ERPO) petition to include health care practitioners who have examined an individual within the last six months.

It amends the firearm licensing statute to ensure that mental health practitioners' reports on potentially harmful individuals are considered closely when determining whether to issue a firearm license.

It also requires police and district attorneys to file ERPO petitions when they have acquired credible information that an individual is likely to engage in conduct that would result in serious harm—either to themselves or others.

It requires State Police and the Municipal Police Training Council to create and disseminate policies and procedures to identify when an ERPO petition may be warranted.

Legislation S.4116-A/A.7926-A requires the Division of Criminal Justice Services to certify or decline to certify that microstamping-enabled pistols are technologically viable and if certified as viable, to establish programs and processes for the implementation of such technology; and establishes the crime of the unlawful sale of a non-microstamping-enabled firearm.

Microstamping is an innovative ammunition-marking technique that marks bullets and cartridge cases with a unique fingerprint each time a firearm is discharged. This allows investigators to link bullets and casings recovered at crime scenes to a specific gun and potentially other crimes.

Legislation S.9456/A.10504 expands the definition of a "firearm" to include any weapon not defined in the Penal Law that is designed or may readily be converted to expel a projectile by action of an explosive.  This is intended to capture firearms that have been modified to be shot from an arm brace, which are evading our current definitions of firearms and rifles.

Legislation S.9229-A/A.10428-A eliminates the grandfathering of large capacity ammunition feeding devices that were lawfully possessed prior to the enactment of the Safe Act or manufactured prior to 1994.

Legislation S.4970-A/A.1023-A requires enhanced reporting by law enforcement to the state and federal gun databases. Agencies must report seized or recovered guns to the criminal gun clearinghouse; participate in the ATF's collective data sharing program; and enter the make, model, caliber, and serial number of the gun into the national crime information center.

The law also requires gun dealers to enact uniform security and reporting standards. It prohibits those under 18 and not accompanied by a parent from entering certain locations of a gun dealer's premises and requires training for all employees on conducting firearm, rifle, and shotgun transfers, including identification of and response to illegal purchases. It also requires State Police to conduct inspections of gun dealers every three years.

Legislation S.4511-A/A.7865-A requires social media networks in New York to provide a clear and concise policy regarding how they would respond to incidents of hateful conduct on their platform and maintain easily accessible mechanisms for reporting hateful conduct on those platforms

Legislation S.9465/A.10501 creates a new Task Force on Social Media and Violent Extremism. Housed in the Office of the Attorney General, the Task Force will study and investigate the role of social media companies in promoting and facilitating violent extremism and domestic terrorism online.

This robust set of new laws, designed to provide immediate enhanced protections and developed and approved in partnership with Majority Leader Andrea Stewart-Cousins and Speaker Carl Heastie, builds on two Executive Orders issued in the immediate wake of the Buffalo shooting.

The first Executive Order is designed to fight the troubling surge in domestic terrorism and violent extremism frequently inspired by, planned on and posted about on social media platforms and internet forums. The Executive Order calls on the Division of Homeland Security and Emergency Services to establish a new unit, dedicated solely to the prevention of domestic terrorism, within the Division's Office of Counter Terrorism. This new unit will focus on threat assessment management, disbursing funding to localities to create and operate their own threat assessment management teams and utilizing social media to intervene in the radicalization process. It will also educate law enforcement members, mental health professionals and school officials on the recent uptick in domestic and homegrown violent extremism and radicalization, as well as create best practices for identifying and intervening in the radicalization process.

The Executive Order also calls on New York State Police to establish a dedicated unit within the New York State Intelligence Center (NYSIC) to track domestic violent extremism through social media. The unit will develop investigative leads through social media analysis, with a specific focus on identifying possible threats and individuals motivated by radicalization and violent extremism. Finally, the Executive Order calls on every county to perform an exhaustive review of its current strategies, policies and procedures for confronting threats of domestic terrorism.

The second Executive Order will require State Police to file for an Extreme Risk Protection Order (ERPO) under New York State's Red Flag Law whenever they have probable cause to believe that an individual is a threat to themselves or others.

Governor Hochul also issued a referral to the Office of the Attorney General under Executive Law Section 63(8) to investigate and study the social media platforms that were utilized by the Buffalo shooting suspect to broadcast, promote, and facilitate violence, espouse hate, and legitimize replacement theory. Findings from the investigation will be used to enhance and build on New York State's strategy for combatting hate and violent extremism. 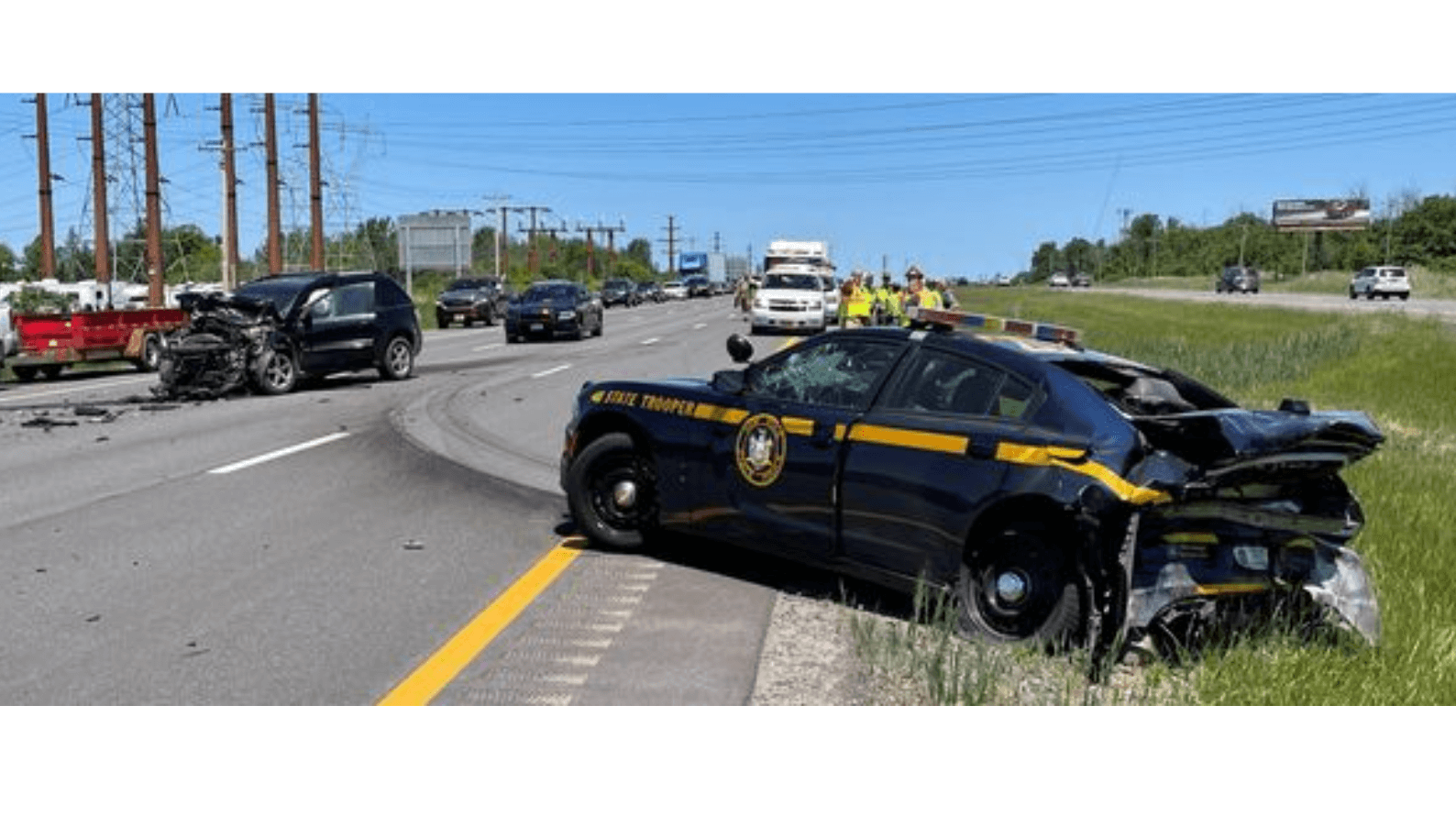 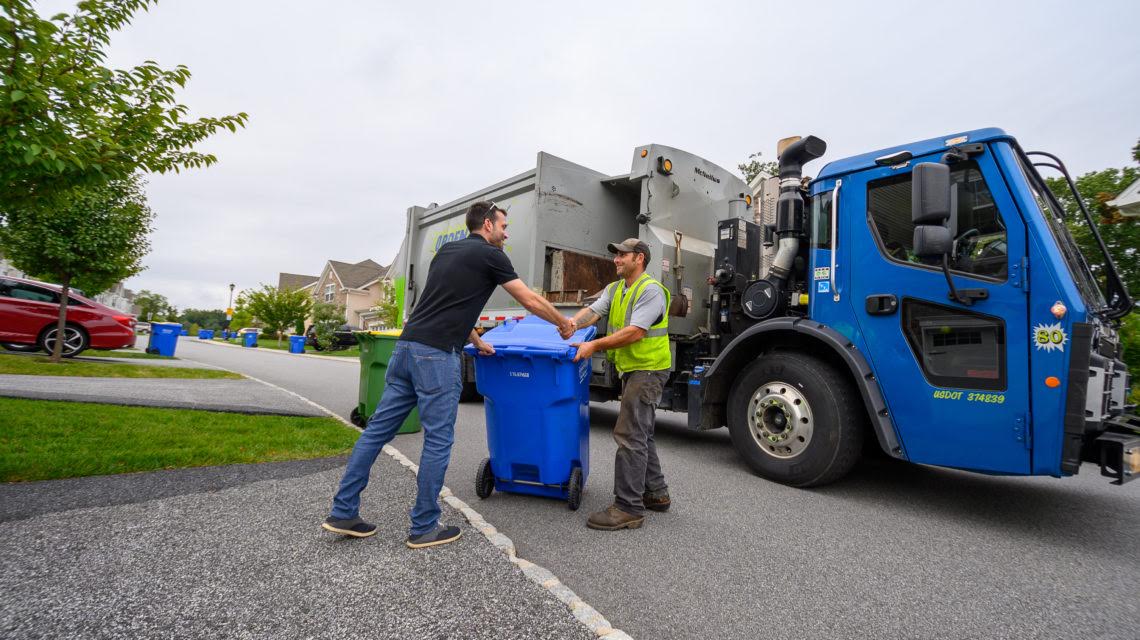