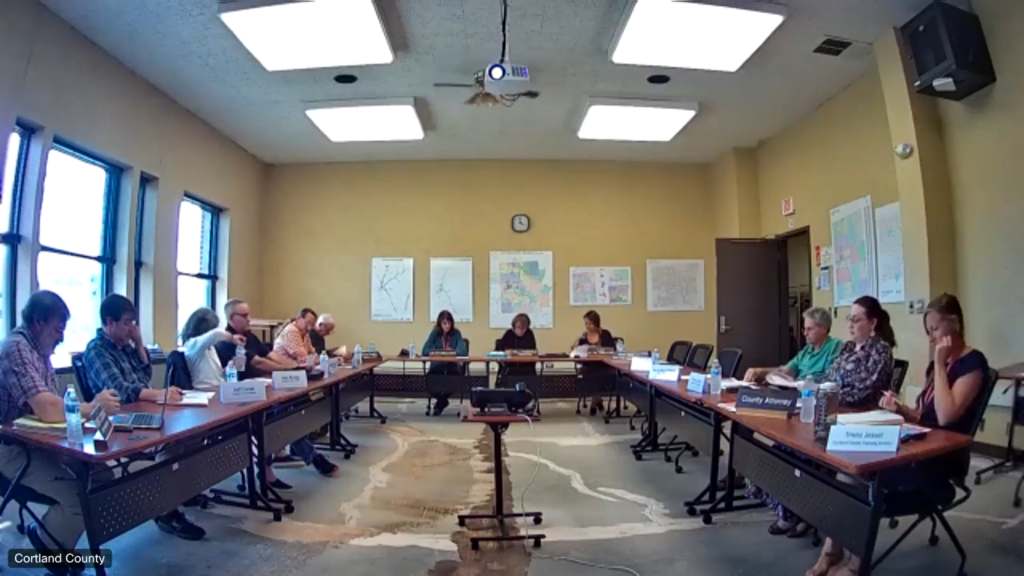 The Cortland County Redistricting Commission plans to vote on a redistricting local law and new legislative maps by May 25, 2023.

The timeline was unveiled at a recent Redistricting Commission meeting. Legislators said they hoped to vote on the final maps at the April 27, 2023 County Legislature meeting, with a public hearing set for March 23 that year. A public hearing for the new redistricting local law is also expected on April 27, with a subsequent vote set for May 25.

As part of the apportionment process that occurs every 10 years after the U.S. Census figures are released, the county redraws its legislative boundaries to be able to provide fair representation to residents based on updated population figures.

The latest census data indicates there has been a 5.1 percent decline in population across the county since 2010. It has spawned questions regarding the number of county legislative seats moving forward.

At the meeting, legislators, county, and citizen advisors charter the course for the next year, focusing on public outreach and gathering input from municipal stakeholders from around the county.

Below is a snapshot of the county’s timeline: 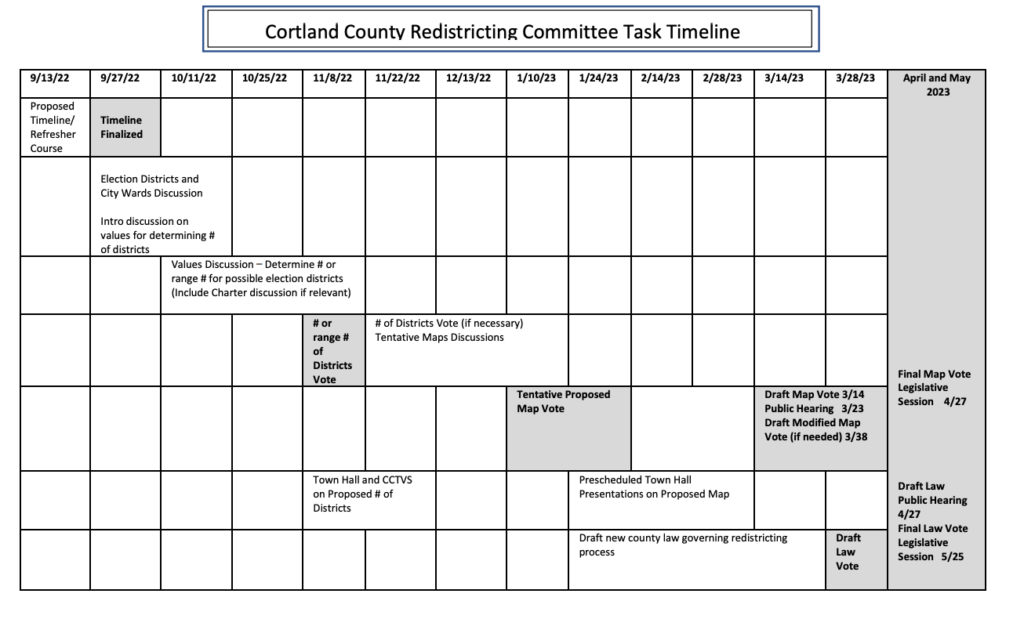 For county planning director Trisha Jesset, having a transparent and unbiased process is key.

Jesset and her department have devised potential map drafts for legislators throughout the process, accounting for all the relevant state guidelines.

“A lot of the criticism (that) came from this process was that politicians were directly in control of this,” she said. “We see that brings more contention to the process. I want us to be open and communicate about a process that is going to be seen by the public as open and completely unbiased.”

Despite their work with maps, public outreach is unlikely to be delegated to members of the planning department. Instead, legislators are tasked with figuring out how to gather input from municipal leaders and the public at large. A potential solution brought up was to bring legislators to boards of supervisors and council meetings in their respective localities to present updates on the redistricting project.

Eric Mulvihill, Cortland County BDC/ICA Economic Development/Community Relations Specialist who serves the Commission as a citizen advisor, said there is a simple way to conduct outreach to the public.

“We can walk and chew gum at the same time. When we have the maps, let’s dig into (them). Let’s get them on the table,” he said. “If we start to coalesce around something that makes sense based on requirements from the state and feedback from the public, then that's what we should be focused on. We can invite municipalities and show them what it is going to be looking like.”

The commission also appointed Jeff Guide, who sits on the Cortlandville town board, as a representative from the town. 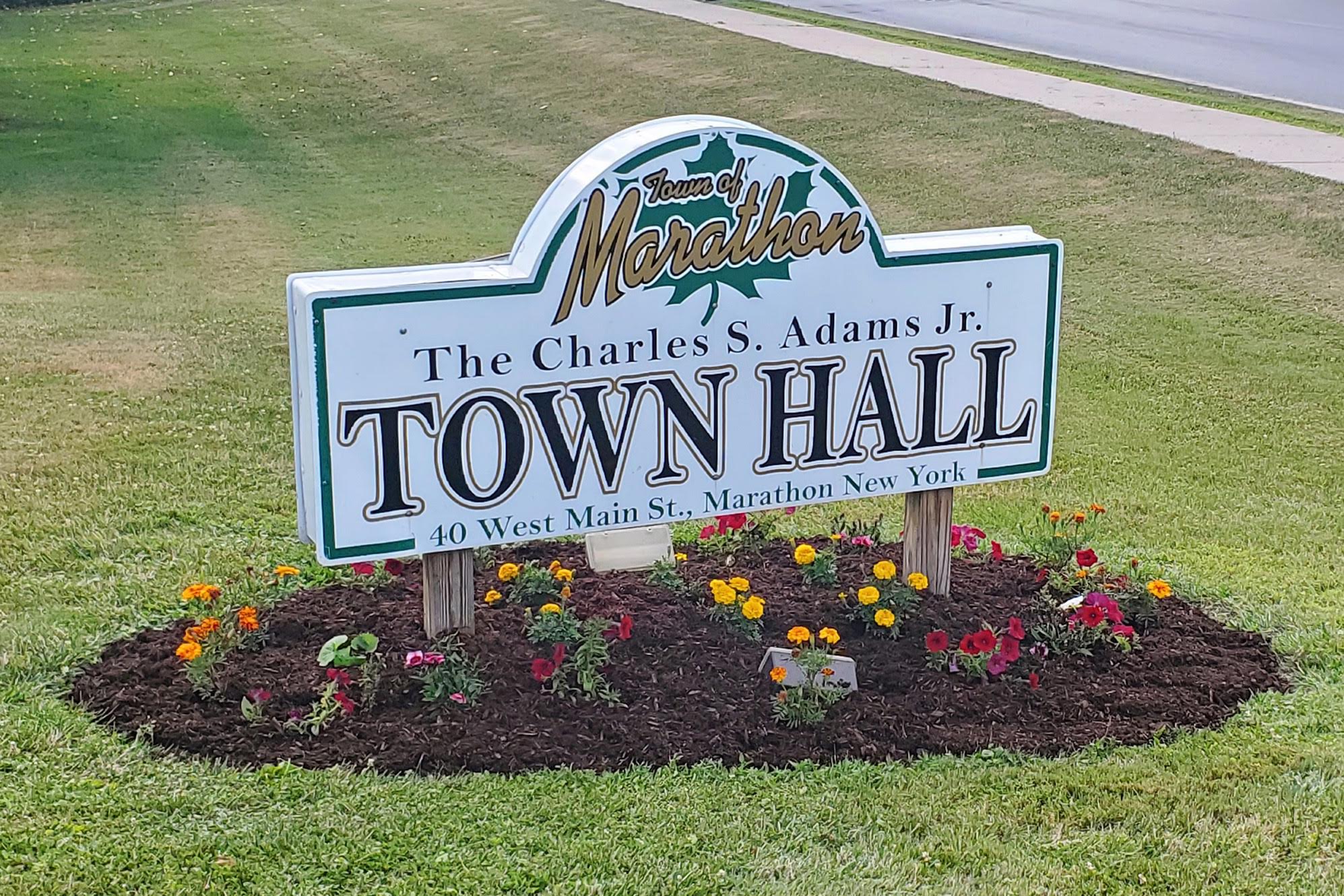 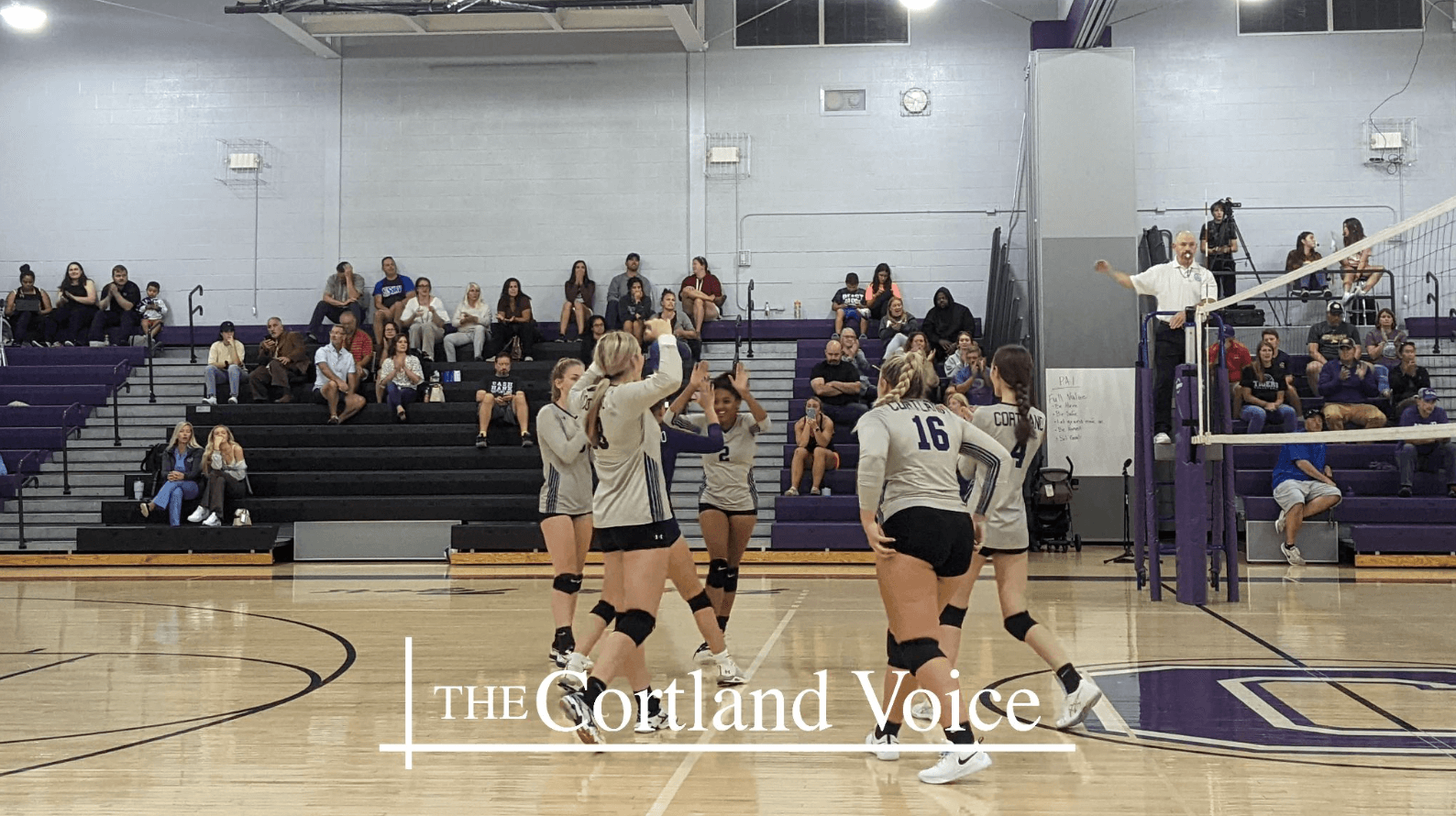