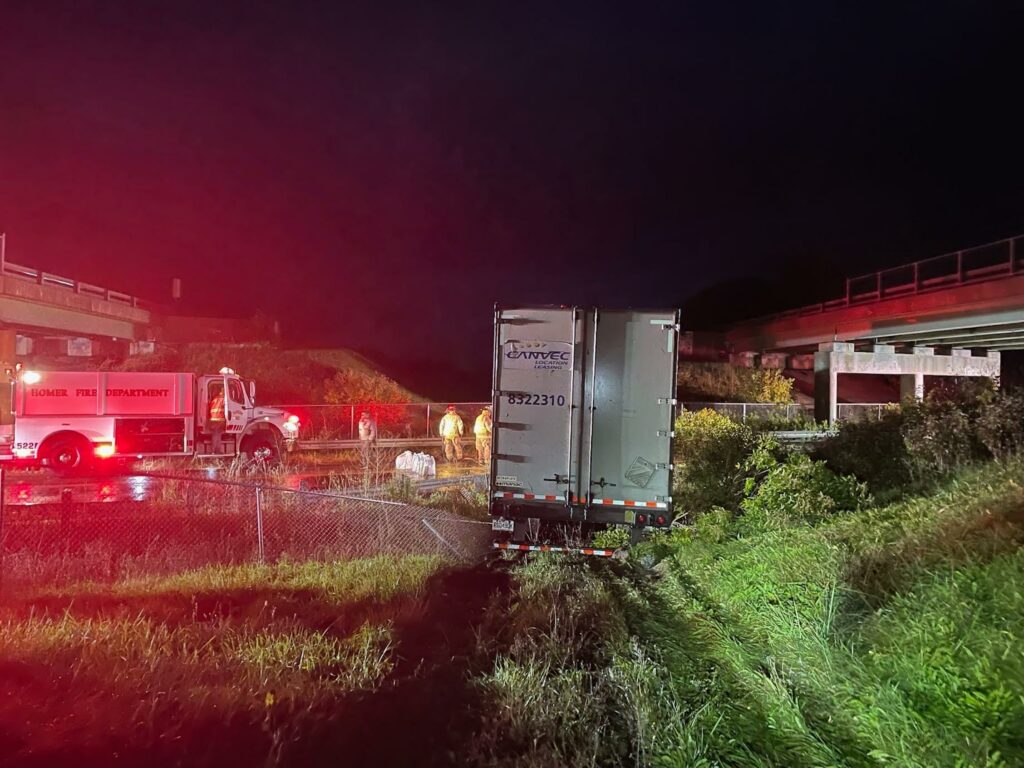 The tractor trailer accident that took place early Saturday morning on Little York Crossing Road in the Town of Homer. (Photo via the Homer Fire Department).

No environmental risks were found in the tractor trailer accident that occurred early Saturday morning, according to a Homer Fire Department official.

The Homer Fire Department reported via Facebook that a tractor trailer-only accident took place on Little York Crossing Road in the Town of Homer around 5:30 a.m. Saturday. The accident was also just under the Interstate-81 overpass. 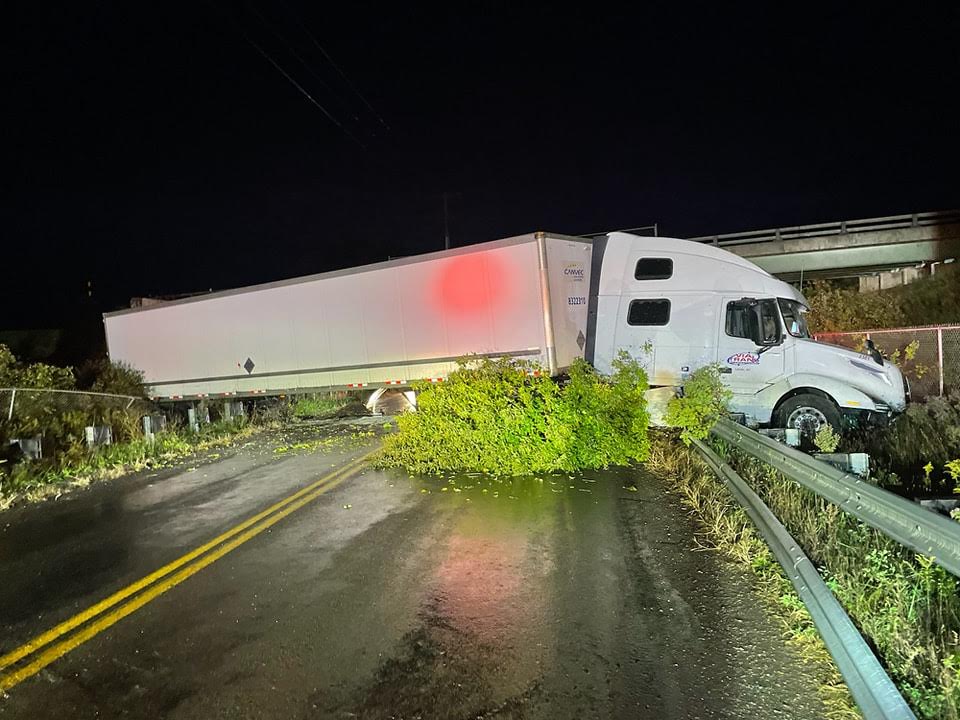 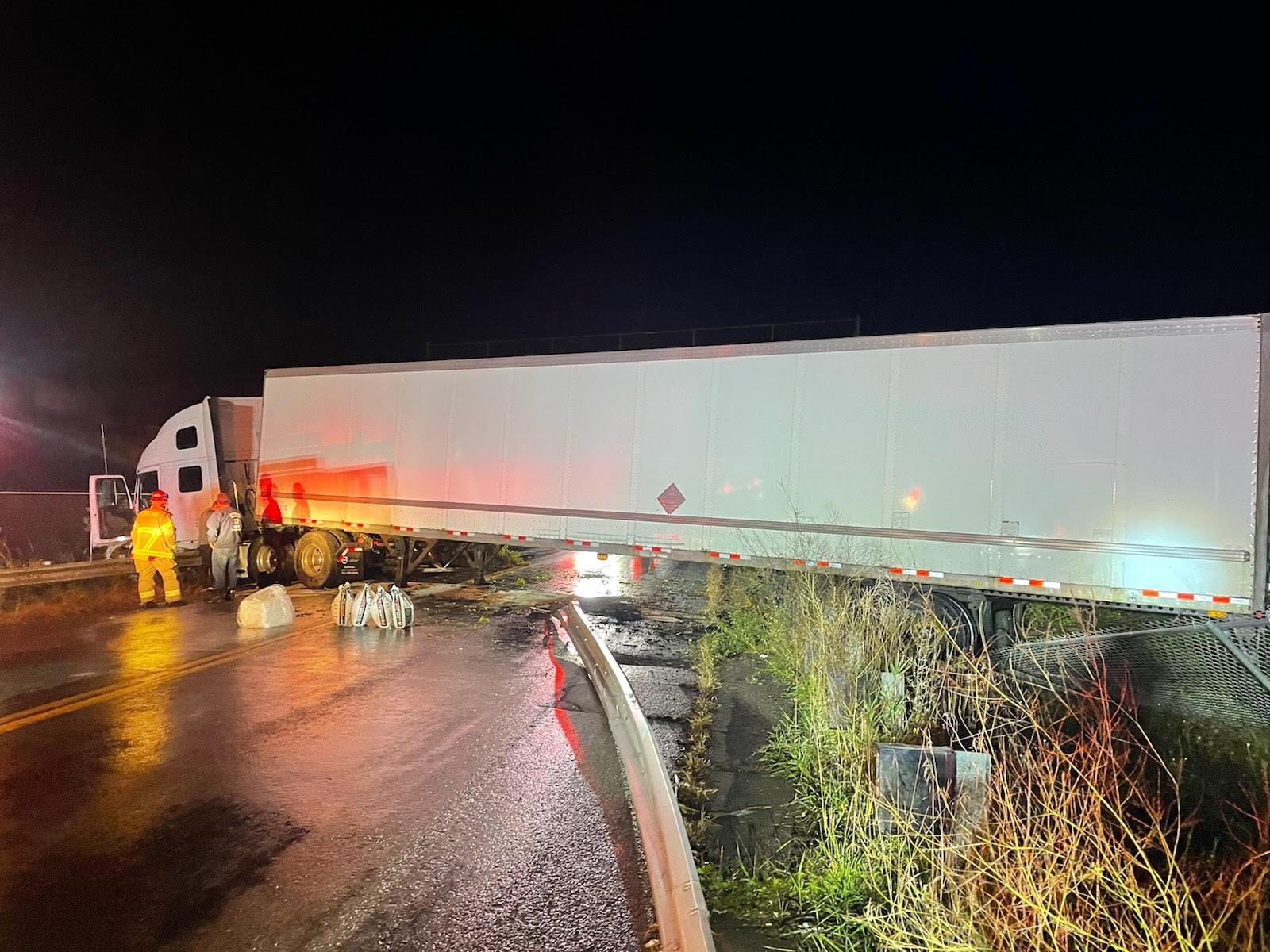 According to the report, no serious injuries were reported. Homer deputy fire chief Jay Riley noted that the accident was connected to an incident with the driver, which is currently being investigated by local law enforcement.

The DEC used oil pads to clean up the diesel fuel. Following the cleanup, there were no risks found to the surrounding areas or nearby bodies of water, including Little York Lake, Riley said.

Riley mentioned that removal of the tractor trailer from the area took about three hours, and representatives from the Homer Fire Department cleared the scene around 10 a.m. 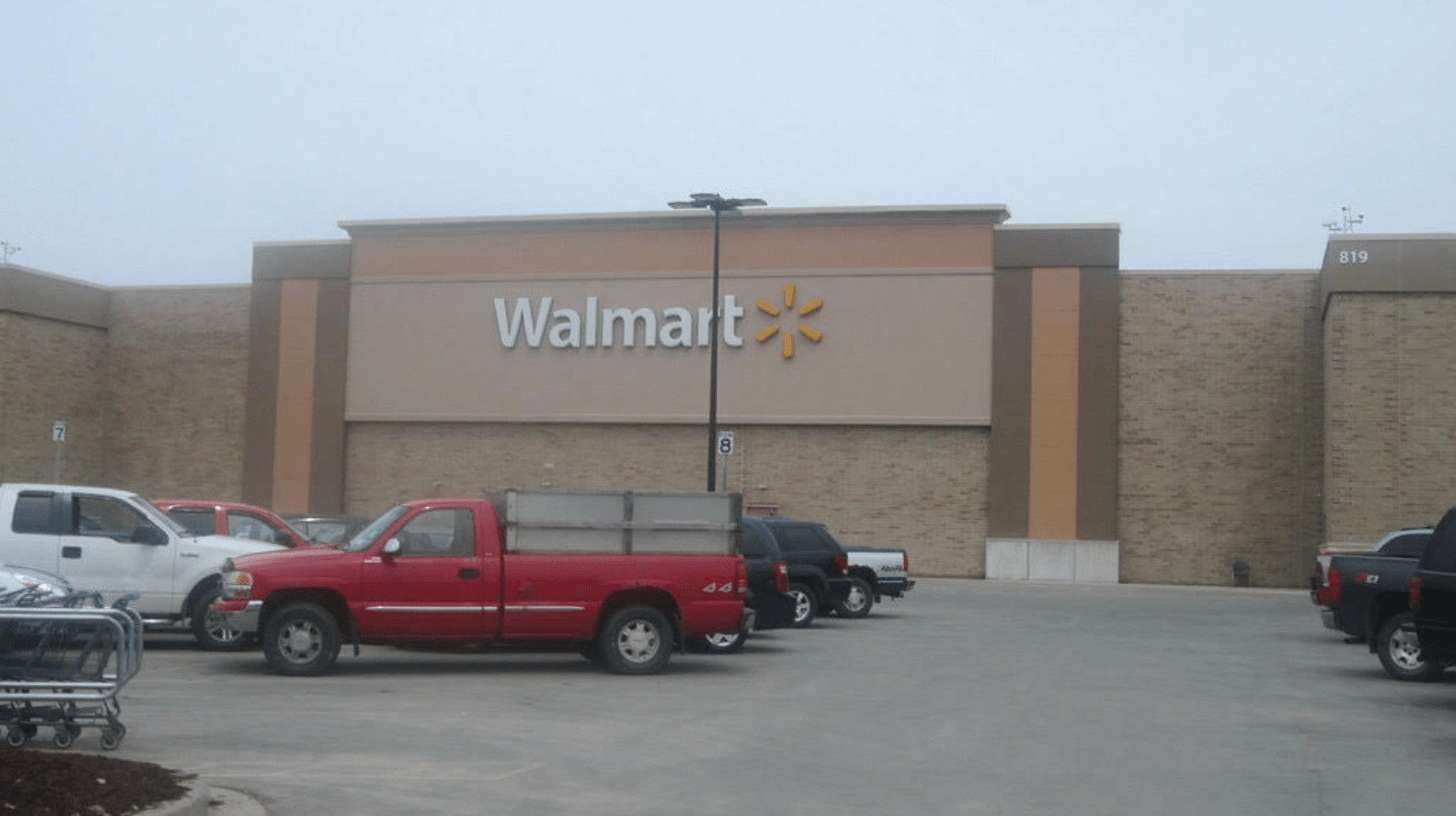 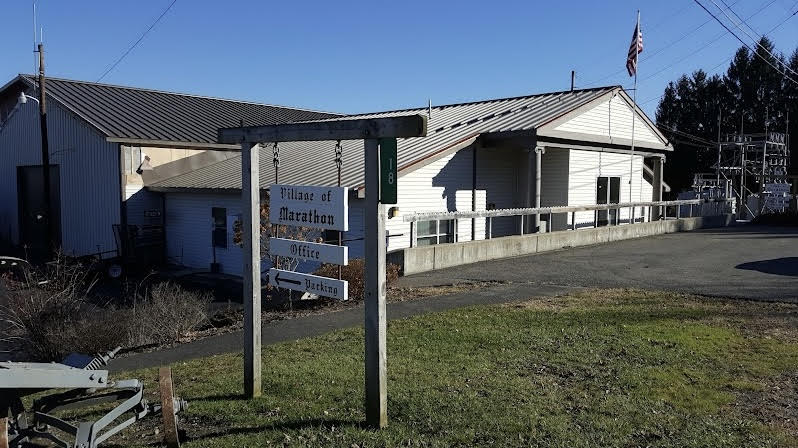 Village of Marathon’s Amnesty Day is this ...