Firefighters put out blaze at car dealership on Route 281 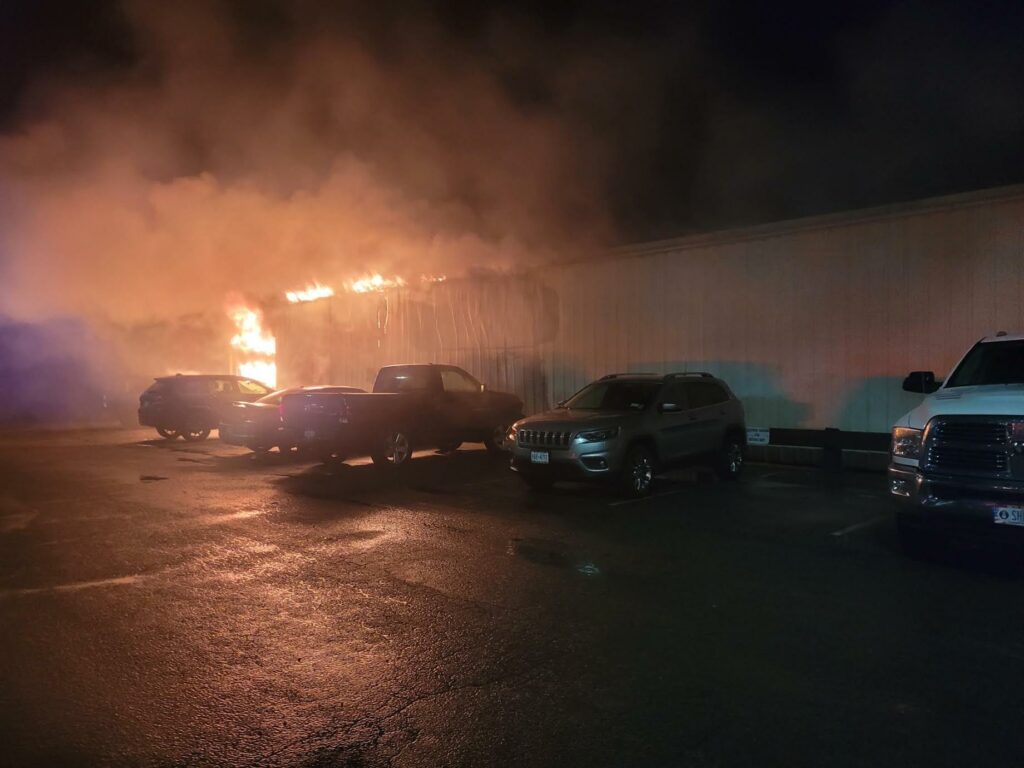 Local firefighters put out a blaze at a car dealership on Route 281 in the town of Cortlandville, according to a release from the Cortlandville Fire Department.

The blaze, which occurred at the Cortland Chrysler-Dodge-Jeep dealership, occurred in the early-morning hours of Friday.

Cortlandville firefighters discovered heavy fire coming from the rear of the building near the auto service shop.

“Due to the large volume of fire, firefighters were forced to fight the fire from the outside,” the release noted. “Firefighters deployed several hoselines and elevated master streams.” 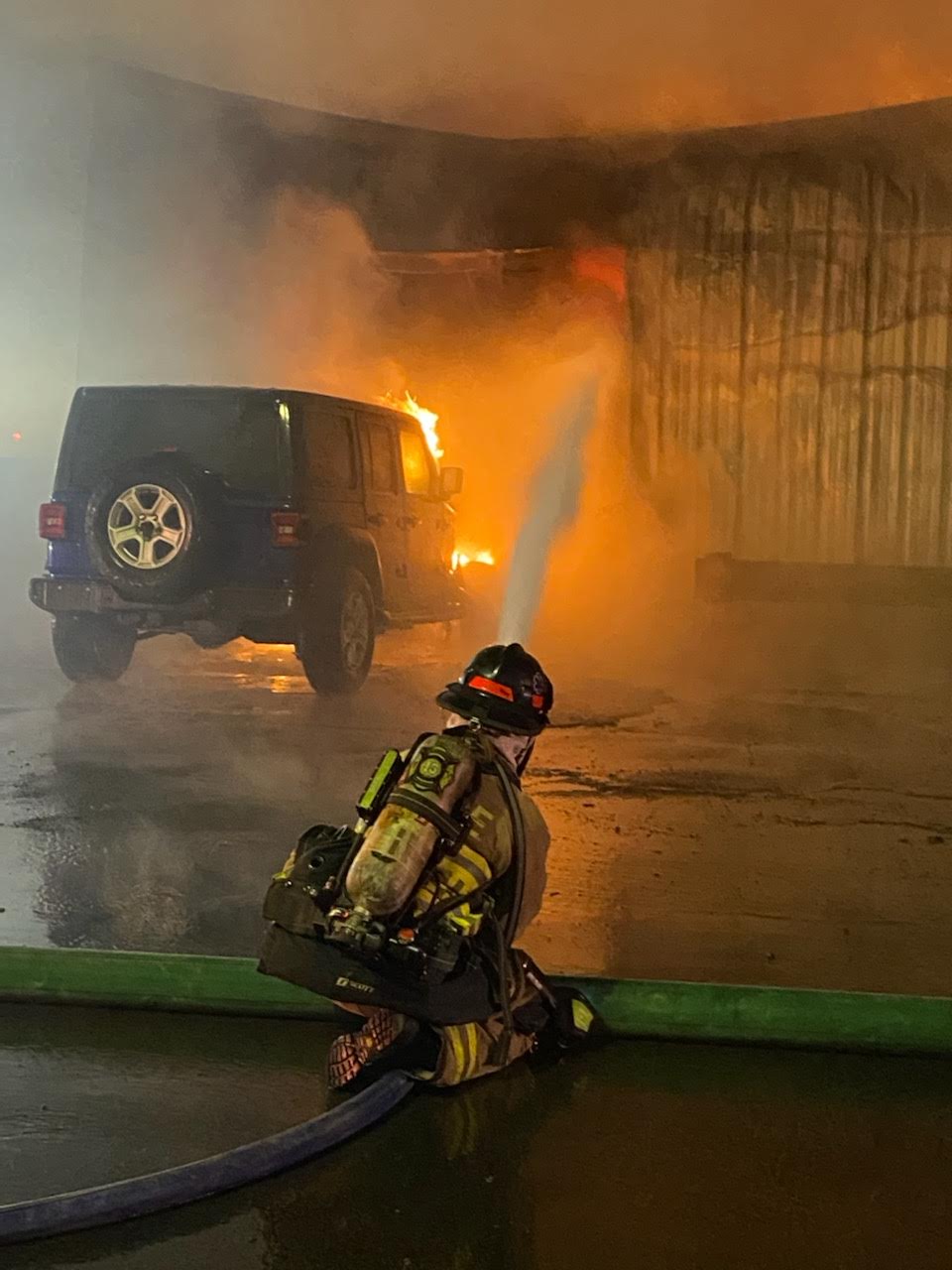 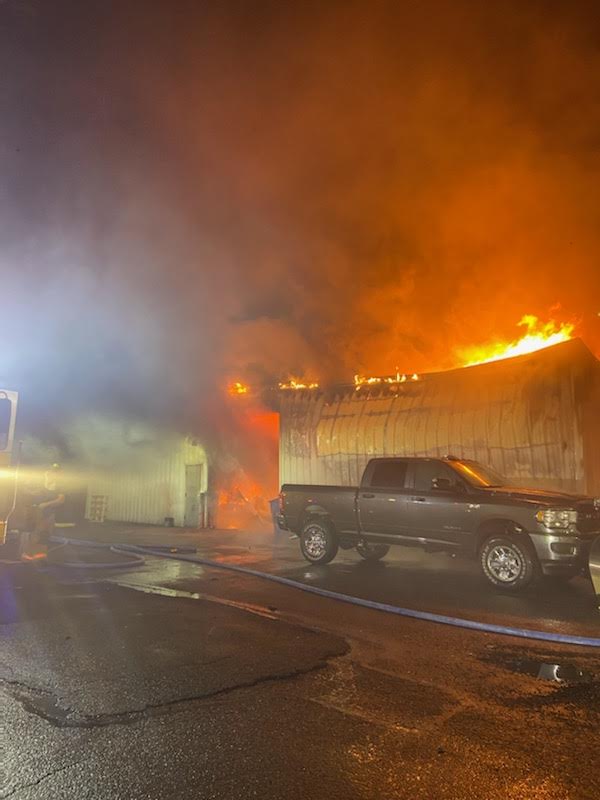 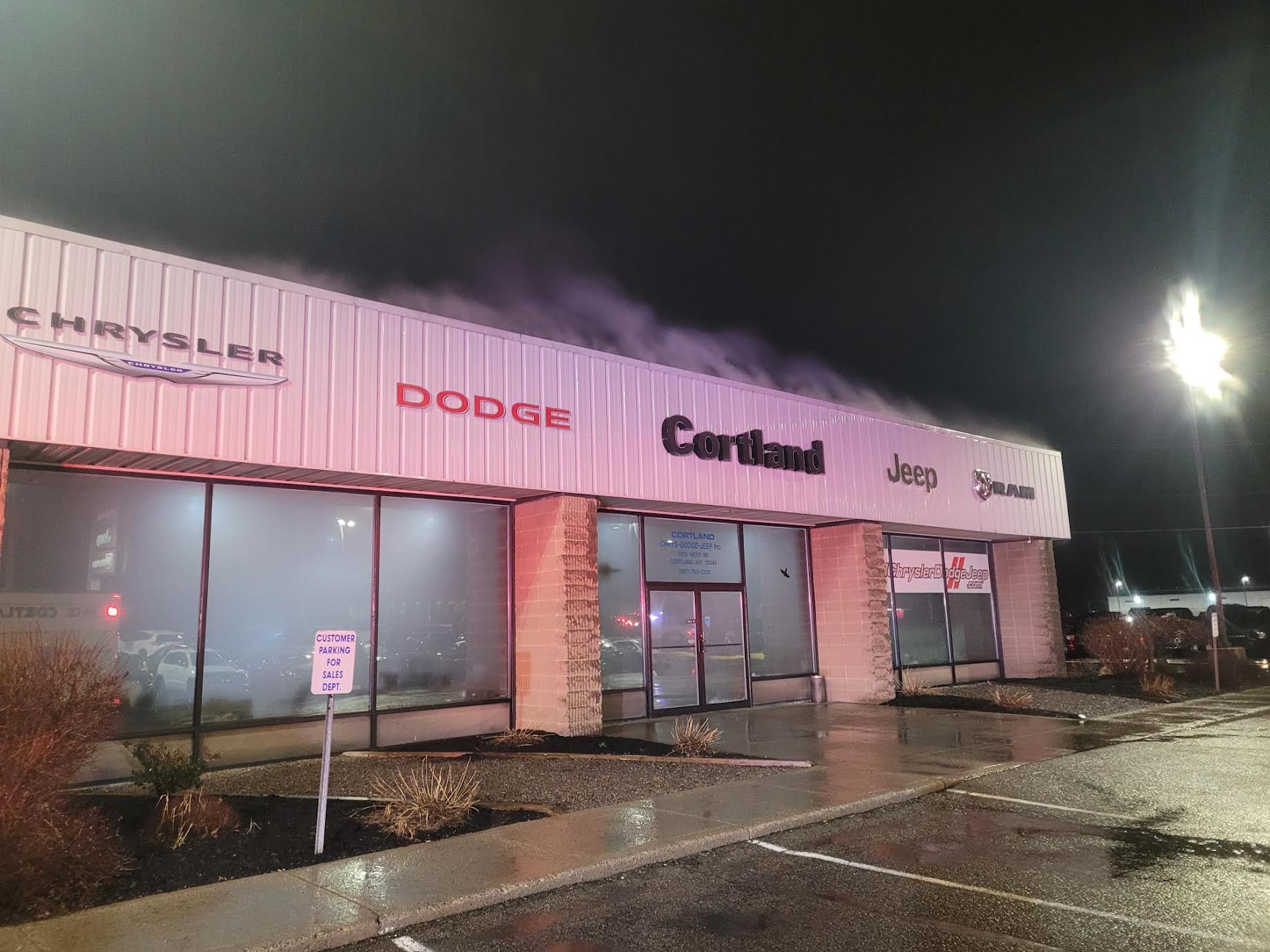 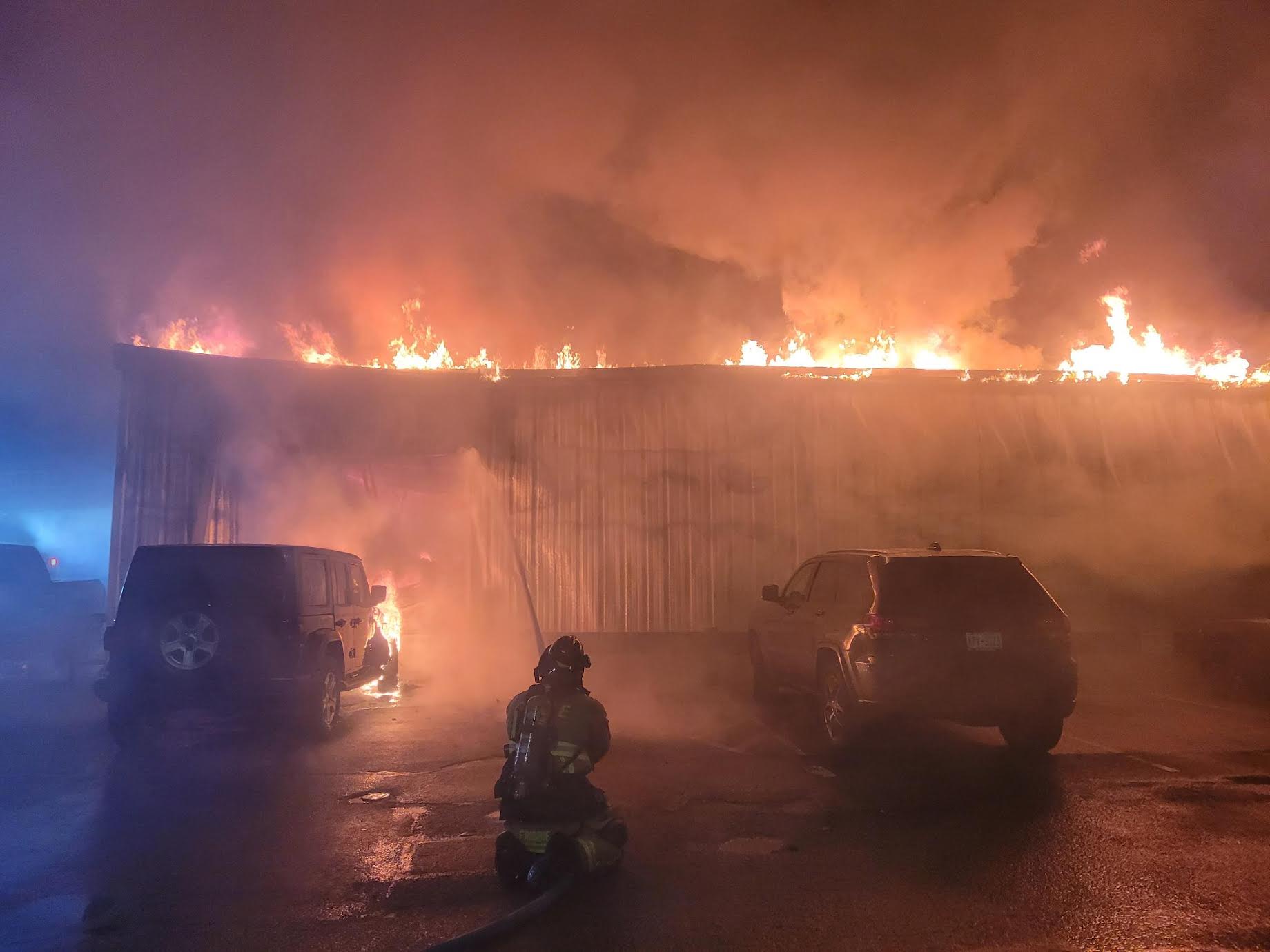 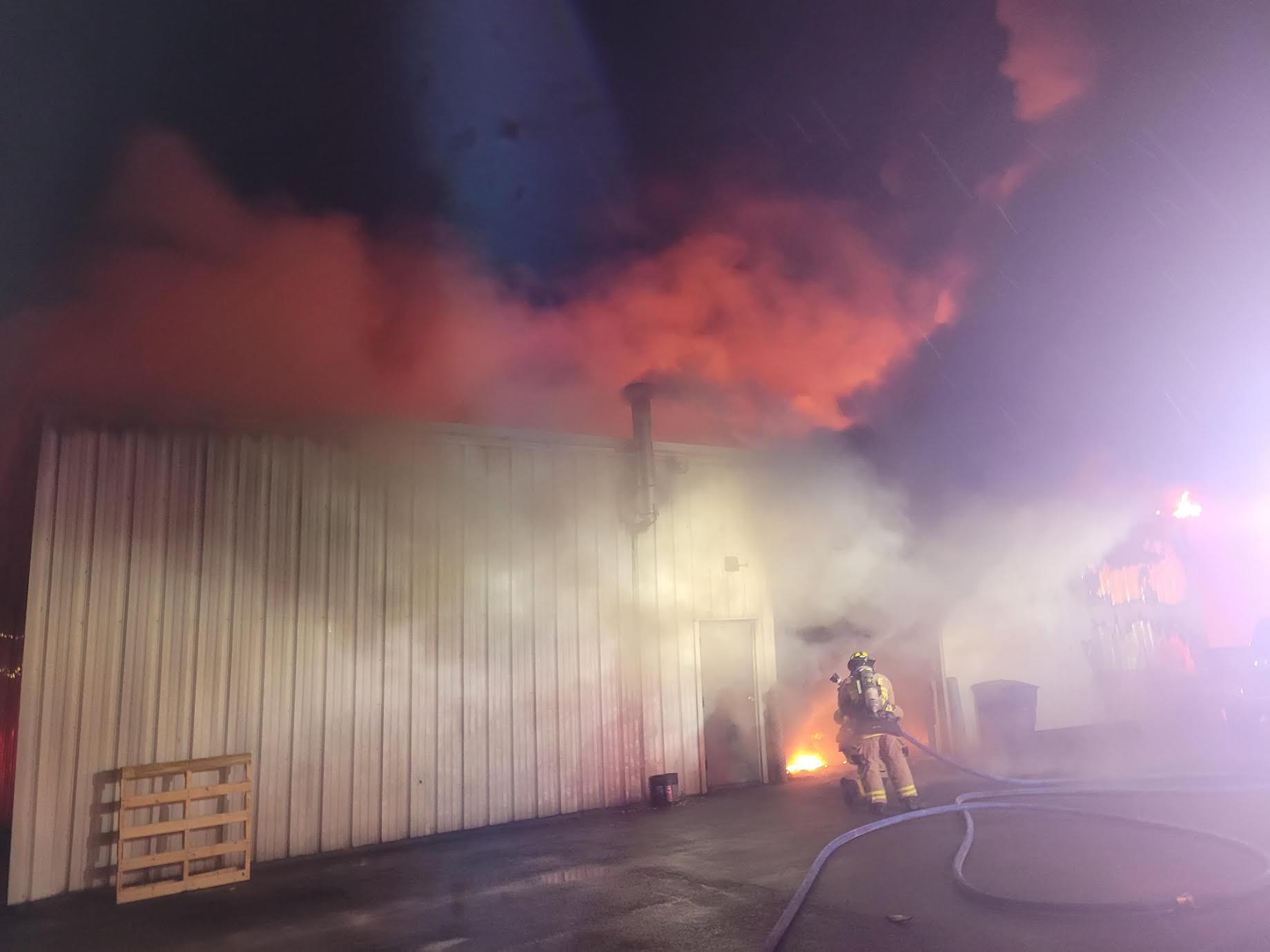 Firefighters had the fire under control in about an hour. No injuries were reported.

Several vehicles inside the auto shop were reported as a “total loss,” the release noted. The fire was contained to the auto shop, however the office area and showroom suffered smoke damage.

The cause of the fire is currently being investigated by the New York State Office of Fire Prevention and Control.

The New York State Department of Environmental Conservation Spill Response Team assisted in containment of oils from the run-off. 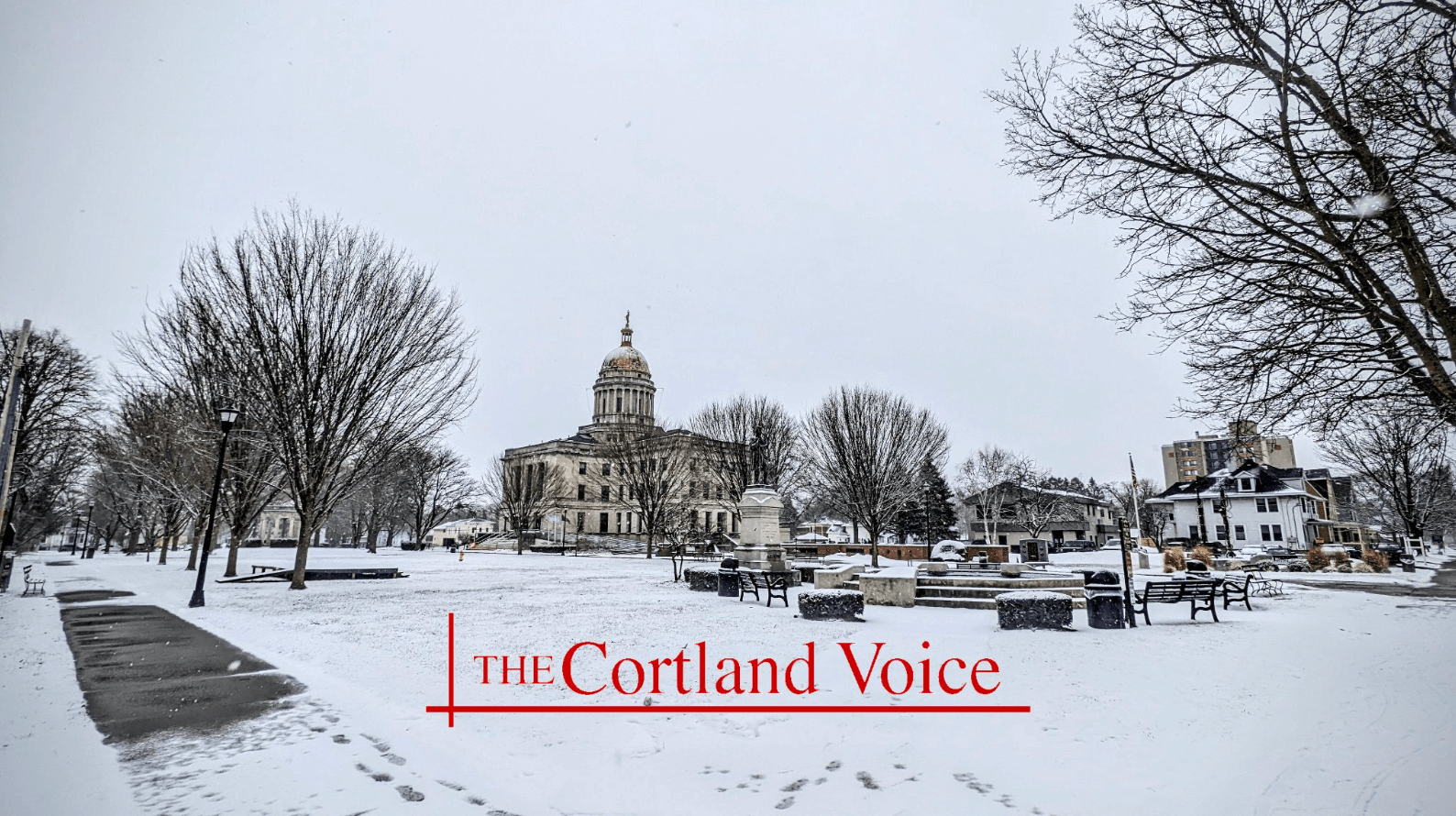