It was a match made in Cortland.

Rod Headley ’08 was recruited from a tough high school in Queens, N.Y., by Coach Tom Spanbauer ’83 to become the eventual varsity basketball team captain leading his team all the way to the NCAA tournament.

Shanelle Collins ’06 was at all the games, performing with DanceWorks courtside at halftime. Rod decided he had to meet her. 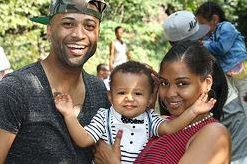 Rod Headley and Shanelle Collins with their son Cortland.

One day during Rod’s freshman year, he worked up his courage after spotting her in Neubig Hall. Noticing the word “Starz” emblazoned on Shanelle’s wide, glittery belt, he cheerfully called out “Hey, Starz! You are a Star!”

She smiled. They talked. Rod and Shanelle were close friends for the next two years. Rod was a junior and Shanelle a senior when they finally started to date.

“He would buy me lunch when I worked at the student information desk in Corey Union,” Shanelle said. “I lived off campus without a meal plan so him offering lunch often was like having gold for a struggling student.”

“After DanceWorks, I would stay and see him play,” Shanelle said.

Shanelle earned her bachelor’s degree in communication studies and Rod helped her U-Haul her belongings to New York for her first job. Two years later, Rod earned a bachelor of science in education and joined her.

They now live together on Broadway in Manhattan. 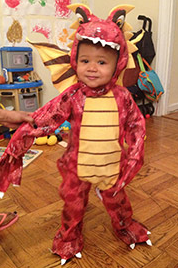 And they have a son named Cortland.

Naming their first child after their upstate alma mater seemed like an obvious choice to the couple.

“Cortland basketball was probably the best four years of my life,” said Rod, explaining the decision.

“There are a couple of athletes named Cortland, but nobody would understand why we named our son that if they didn’t know we went to Cortland,” Rod said.

Shanelle notes their son’s name turns out to be a great fit because he’s brave like a Red Dragon and smart like a … well, like a SUNY Cortland student. Now 3-and-a-half, Cortland will be the ring bearer at the couple’s May 29 wedding in Hillburn, Rockland County, N.Y.

“I wondered why we needed to have 60 people at a child’s second birthday party,” Shanelle said of the backyard barbecue hosted in Queens, N.Y., by Shanelle’s grandmother.

“Everyone was around and already taking pictures because of the cake,” Rod said. “When all the attention was on us, I dropped to one knee.”

The couple decided to give their wedding day a Cortland theme.

Shanelle is busy planning the nuptials with her bridesmaids, including a Red Dragon matron-of-honor, Mia O’Connor ’05.

Approximately 20 guests, one-quarter of the wedding invitees, are SUNY Cortland graduates. Guests will find their name on what looks like a college “I.D.” with a picture of the wedding couple and instructions to find the table named after the actual residence hall where the guest lived. The photo booth will give them college-themed options to dress up like a “nerdy student,” or “best-dressed” or “most likely to succeed.”

Invitations on black paper will look a bit like an elegant blackboard.

The location — Views at Mt. Fuji, a mountaintop Japanese style banquet complex — features the school’s colors and fierce dragons in its traditional décor.

Shanelle is a production manager of On-Air Promos for Nickelodeon in New York. Rod coaches different sports and is a freelance photographer and videographer, taking tips from Shanelle as he hones his skills following a career change from teaching and coaching a year and a half ago.

As for Cortland, he’s enrolled in daycare and speaks a second language, Spanish. If all goes as planned, he will be part of SUNY Cortland’s graduating class of 2034. 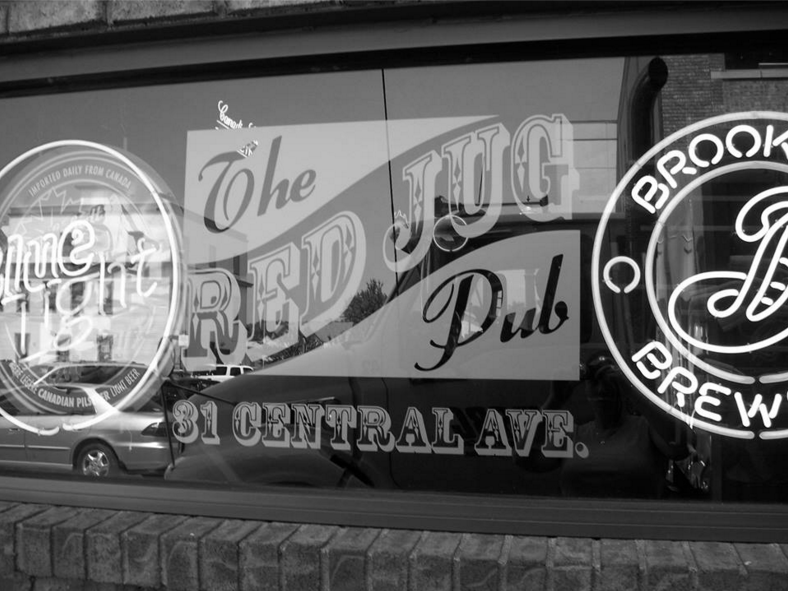