CORTLAND, N.Y. — The Cortland Police Department is asking for the public's help in identifying and locating a vehicle that was involved in a hit and run accident in the city.

The vehicle, which police say appears to be a tan, four door Chevrolet Lumina, was involved in a hit and run motor vehicle accident on Hill Street at about 12:50 p.m. Thursday. It suffered heavy front end damage in the accident, police said.

The car can be seen in the photographs and video below. It was last seen traveling west on Tompkins Street. 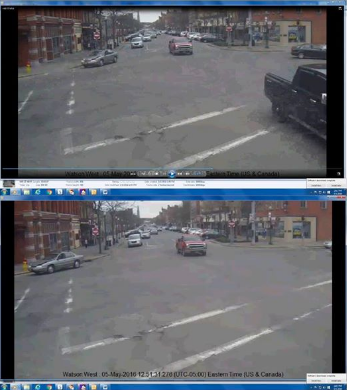 A tan Chevy Lumina is seen traveling west on Tompkins Street. The vehicle was reportedly involved in a hit and run accident in the city of Cortland (Photos: Cortland Police Department).