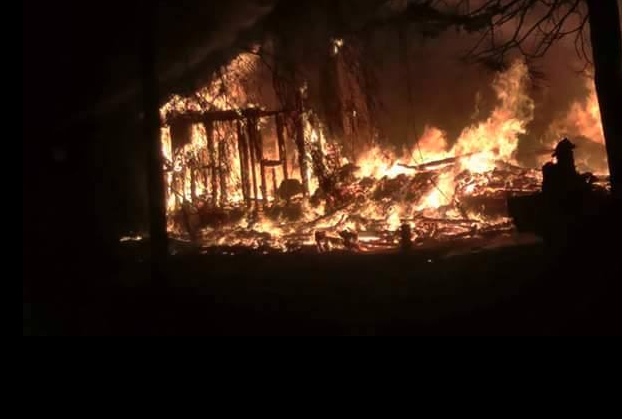 A home was engulfed in flames during a blaze in the town of Truxton early Sunday morning. Photos courtesy of John McDermott.

TRUXTON, N.Y. — Two homes were destroyed but no one was injured in a fire that broke out in the town of Truxton early Sunday morning.

The fire started at around 5 a.m. at a home on Main Street in Truxton, across from St. Patrick's Church, according to the Truxton Fire Department.

One of the homes was vacant, while the homeowner in the second home was able to escape unharmed with the help of a neighbor, the fire department said. The fire was out by 9 a.m.

The cause of the fire is being investigated. 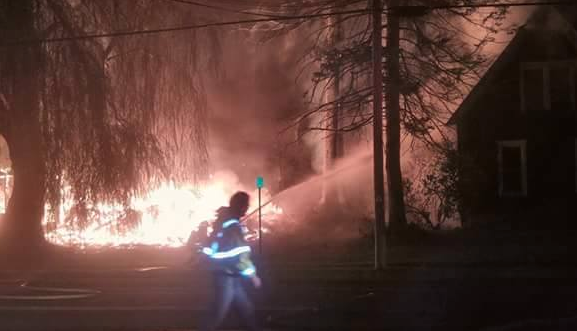 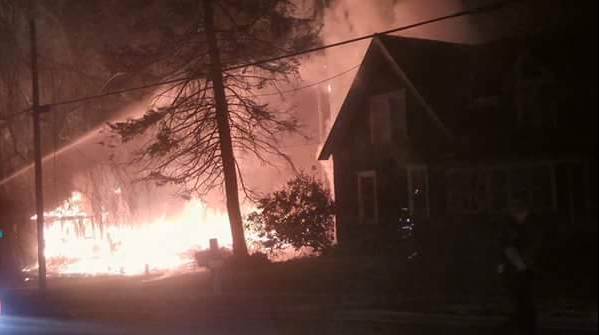