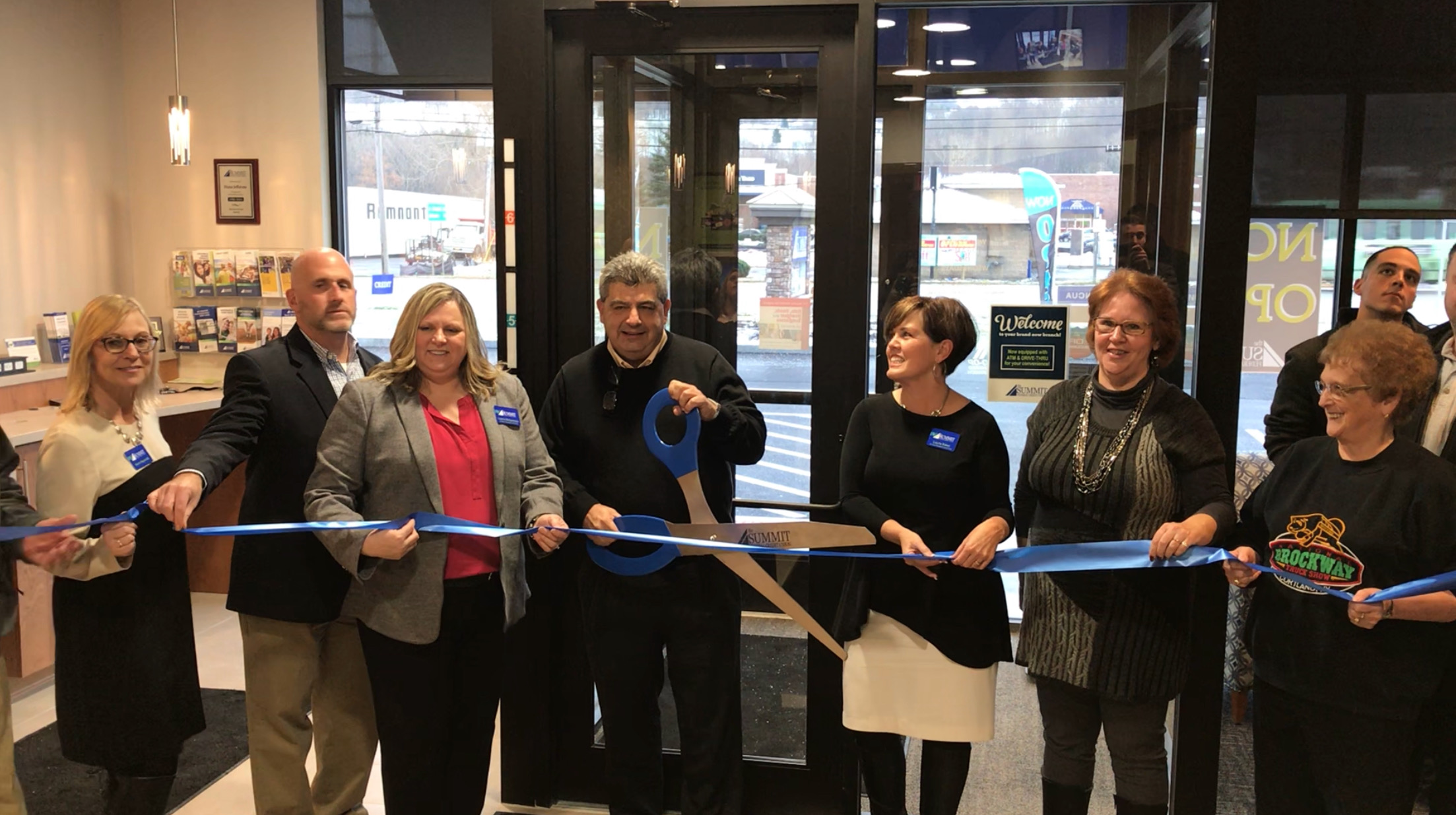 The new branch operated by Summit Federal Credit Union is located inside a brand new building constructed at 877 Route 13, Cortland, N.Y. The old branch was operating out of a smaller building on Main Street in the downtown area.

The new location includes a drive-up ATM—a feature lacking in the previous location—as well as a private meeting space.

"If you went into our previous branch for even five minutes, you experienced the people that worked there. That was the best thing about that place, and we still have those great employees," Vadala said. "The people you love, they're still here, and they do an amazing job. This is really a great community and we're so excited to be able to do a little more."

During the ribbon-cutting ceremony, the credit union presented a check in the amount of $1,200.00 to the Cortland County Community Action Program (CAPCO). A check was also given to the Brockway Truck Preservation Association in the amount of $500.00.

The credit union also announced a partnership with the Center for the Arts of Homer.

While the Main Street branch is no longer open, the credit union will still maintain its branch on the SUNY Cortland campus, located in Neubig Hall.