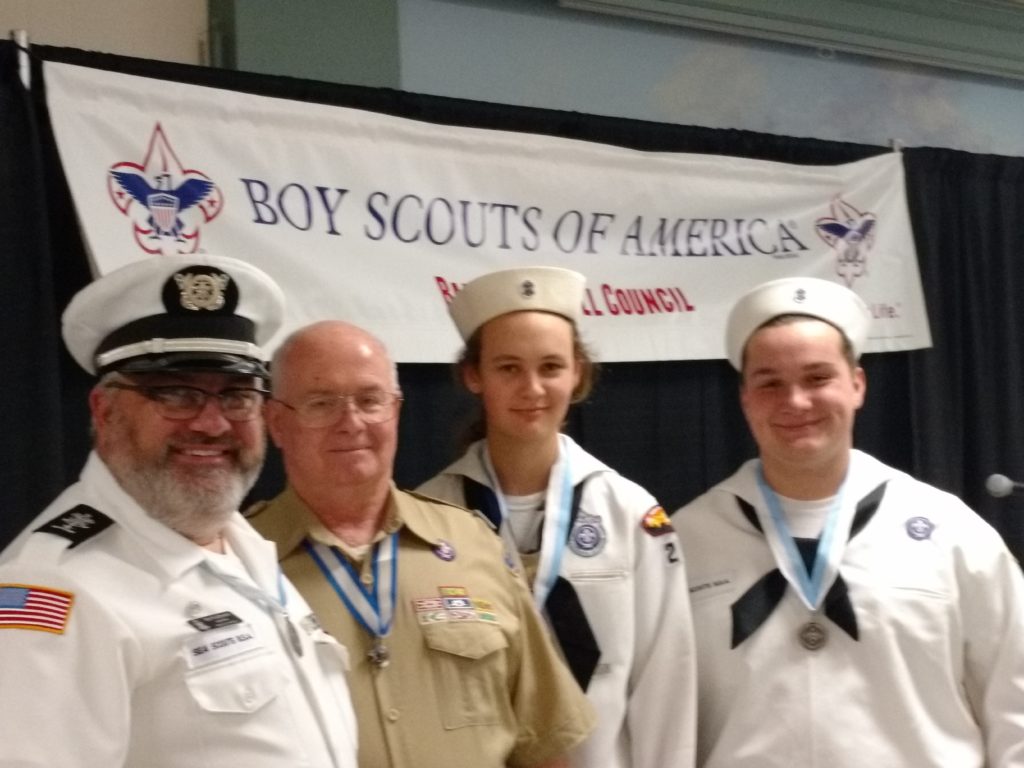 Editor's Note: This story was written by Liam G.B. Murphy, Taughannock District Chairman for the Boy Scouts of America.

With over 50 years of service to scouting, Clay Converse, of Dryden, was recognized by the Council
with its highest award for service, the Silver Beaver. An Eagle Scout, Clay has served Scouting both as a paid professional and as a volunteer. His service has varied as widely as acting as a Scoutmaster and as traveling over a wide area evaluating summer camp programs. His most recent service to Boy Scouts has been both as a consultant to help improve the scouting experience for members, and as a trainer of new adult volunteers. With his wife Jane, Clay is equally involved in local Girl Scouts, serving the Ithaca-Lansing Service Unit as a Trainer.

In addition, the Baden Powell Council recognized four others for their service in both Sea Scouts and Venturing which are Scouting’s co-ed programs for 14 to 21 year olds.

Michelle Noyes, a senior at Elmira High School and a member of Ithaca’s Sea Scout Ship 25 and Venturing Crew 25, was recognized with the Council’s Sea Scout Leadership Award. Elected as President, Michelle leads all 14-21 year-old Venturing members in Northeast Region Area 3 – an area stretching from Western New York through Vermont. Michelle has led members of the Ship to multiple events both in the US and in Canada. She not only served as treasurer for the Baden-Powell Council's contingent to the 2017 BSA National Jamboree, but she coordinated with Sea Scout Ship 876 in Liverpool, NY to complete a Sea Scout trip to England in 2017 just weeks prior to the BSA’s National Jamboree. Michelle has also planned and run numerous Venturing events at Camp Gorton in the western Finger Lakes, and at Camp Brulé just over the line in Pennsylvania.

The Council gave the Venturing Leadership Award to Chris DeLage of Homer. Chris served as the Vice President of Administration for the Baden-Powell Council’s Venturing contingent to the BSA’s 2017 National Jamboree. In that role, Chris was key in coordinating the 40 members of that contingent across the Council’s six county area to prepare for this national gathering involving thousands of Boy Scouts, Venturers, and Sea Scouts who were also joined by thousands of international scouts from all over the world. While Chris lives in Homer and plays on the offensive and defensive line for the Homer High School football team, Chris also leads Ithaca’s Sea Scout Ship 25/Venturing Crew 25 which meets at the Ithaca Coast Guard Auxiliary’s building on Ithaca’s Cayuga Inlet. Chris’ fellow scouts and adult volunteers describe him as a particularly effective leader, with the ability to delegate responsibilities rather than trying to do everything himself. Realistic delegation is one of the keys to being an effective leader. Chris is an Eagle Scout who has also stayed active in his Troop while traveling with the Ship to places including Maine, Puerto Rico and the BSA’s Florida Sea Base. A Senior at Homer High School, Chris hopes to attend a Merchant Marine Academy.

The Council also gave a Venturing Leadership award to Liam Stark of Brooktondale. Liam was elected President of the Baden-Powell Council's Venturing Contingent to the 2017 National Jamboree, leading 40 people thru months-worth of necessary pre-jamboree preparation. The young men and women Liam led described him as effective in working with both adult volunteers and Council staff to help make their Jamboree experience a positive learning environment and just plain fun. Like Chris, Liam is an active member of Ithaca’s Sea Scout Ship 25/Venturing Crew 25. He has also served Scouting through his work at Camp Barton in Trumansburg and as the Lodge Chief of the local Otahnagon Lodge of the Order of the Arrow.

Finally, the Council awarded the Sea Scout Leadership Award to Ed Plesnar, Skipper of Ship 25 Ithaca. While he leads a group in Ithaca, Ed actually lives in Vestal. He has been involved with Ship 25 in Ithaca since it was refounded in 2010. Both his daughter Yvonne, son Alex, and Ed’s wife Michelle have all been and remain active in the Ship. Ed’s enthusiasm, knowledge of sailing skills, and clear interest in working with and helping the young men and women in Sea Scouts both in and beyond Ship 25 are apparent to anyone who spends time with him. As Skipper of Ship 25, Ed has been recognized with the Northeast Region Commodore’s Award of Excellence over multiple years. Sea Scouts consistently report their appreciation for Ed’s willingness to support their youth-led program, respecting their decisions while providing quality guidance and instruction.

The Scouting programs prepare young people to make ethical and moral choices over their lifetimes by instilling in them the values of the Scout Oath and Scout Law. We are “youth-led, adult-guided” meaning the Scouts plan the program with adults guiding them to create a safe space for each young person to be their best selves – no one gets “cut” from Scouts. If you want to find out more about Scouting, visit our district website at TCScouts.org, the council website at bpcouncil.org or call the Baden Powell Council office at 877-674-8876. 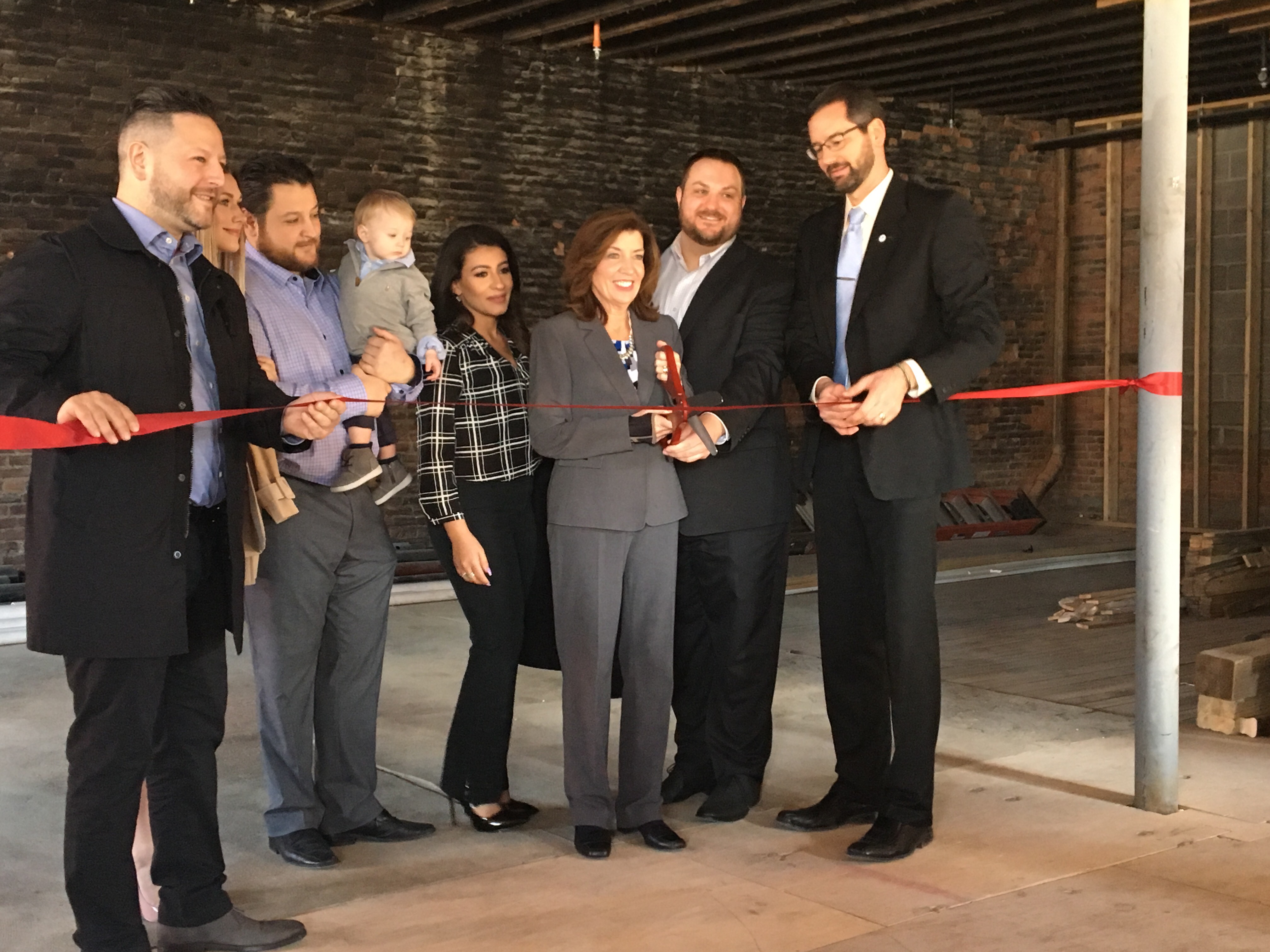