The third annual Cortland Community Matters Fair is slated for Noon to 4 p.m. Sept. 4 at Suggett Park in the City of Cortland.

Organized by area resident Apryl Beatty, this year’s free-of-charge fair will be the first one where COVID-19 pandemic restrictions will be loosened. This means more community-engaging activities will be added to the event, Beatty said.

“This year’s fair will be about what Cortland has to offer, and what makes it so great to live here,” Beatty added. Beatty also noted that the fair involved activities based around pandemic restrictions in the first two years of the fair. 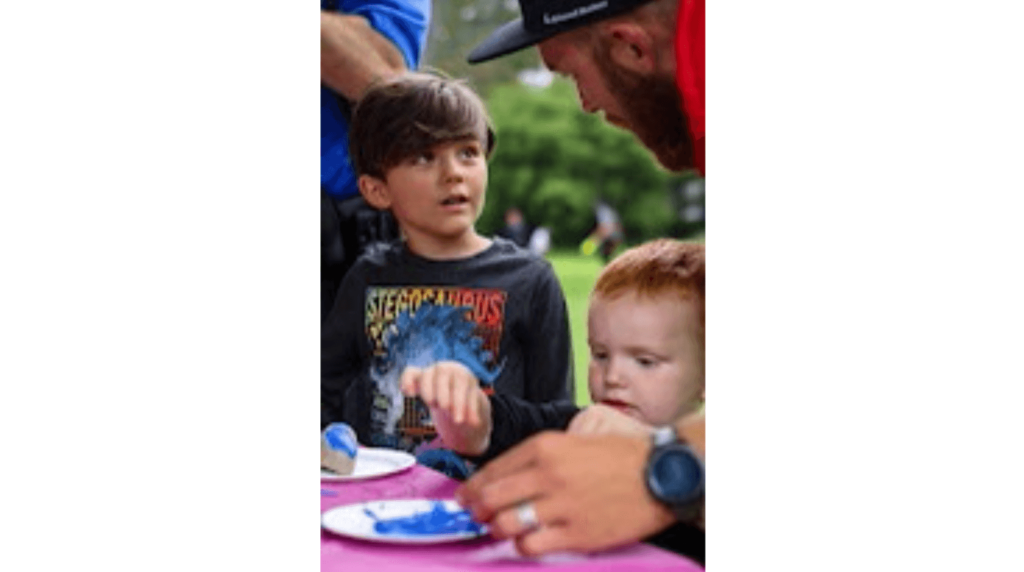 The music creation station is one of the new activities for this year’s fair, Beatty said. Sponsored by Gorger’s, it entails kids “banging and playing instruments,” she added, such as drums and keyboards, for fun.

The “dunk your elected official” event will also take place during the fair. Free cheese pizza slices from Domino’s will be handed out.

The fair, coordinated by the Cortland Community Matters Committee during the pandemic, was seen as something “out of recognition for a need in the community.”

“So many things were falling through the cracks at that time that it just seemed like the right thing to do,” Beatty said. Centered around pandemic guidelines and procedures, she made it work. “We created games that followed those guidelines. We were able to pull it off.”

The first year of the fair brought in over 500 people. It also saw over 55 businesses participate in the event, Beatty said.

“We came in strong,” she added. Heading into the second year, Beatty noted “things were up in the air.” After the Great Pumpkinfest was canceled for a second-straight year, Beatty made sure to hold the fair once again.

With the pandemic almost entirely in the rear-view mirror, Beatty is excited to see this year’s fair get underway.

The Cortland Voice and FunFlicks Indoor & Outdoor Movies are both sponsors of this event. Timothy A. Bennett, owner and publisher of The Cortland Voice, is also the owner of FunFlicks. For more information on FunFlicks, click here. 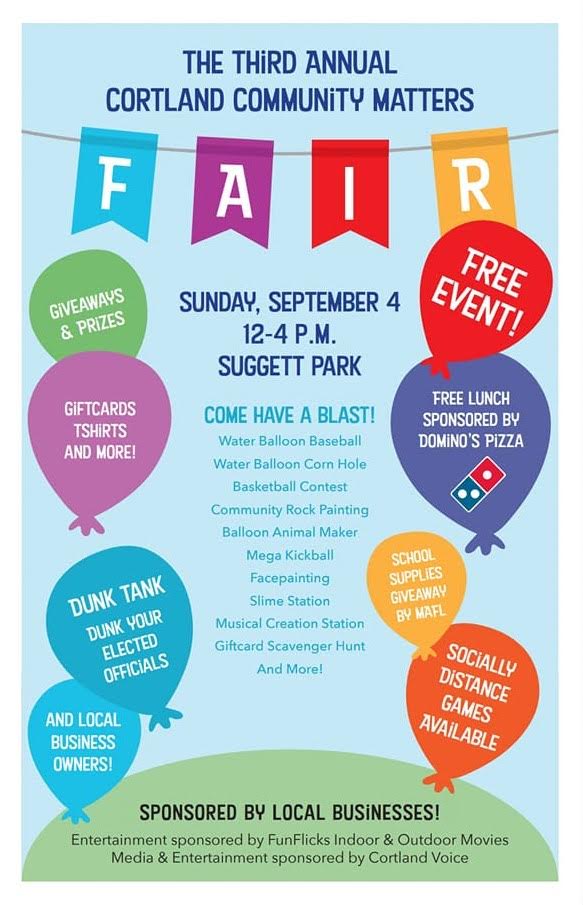 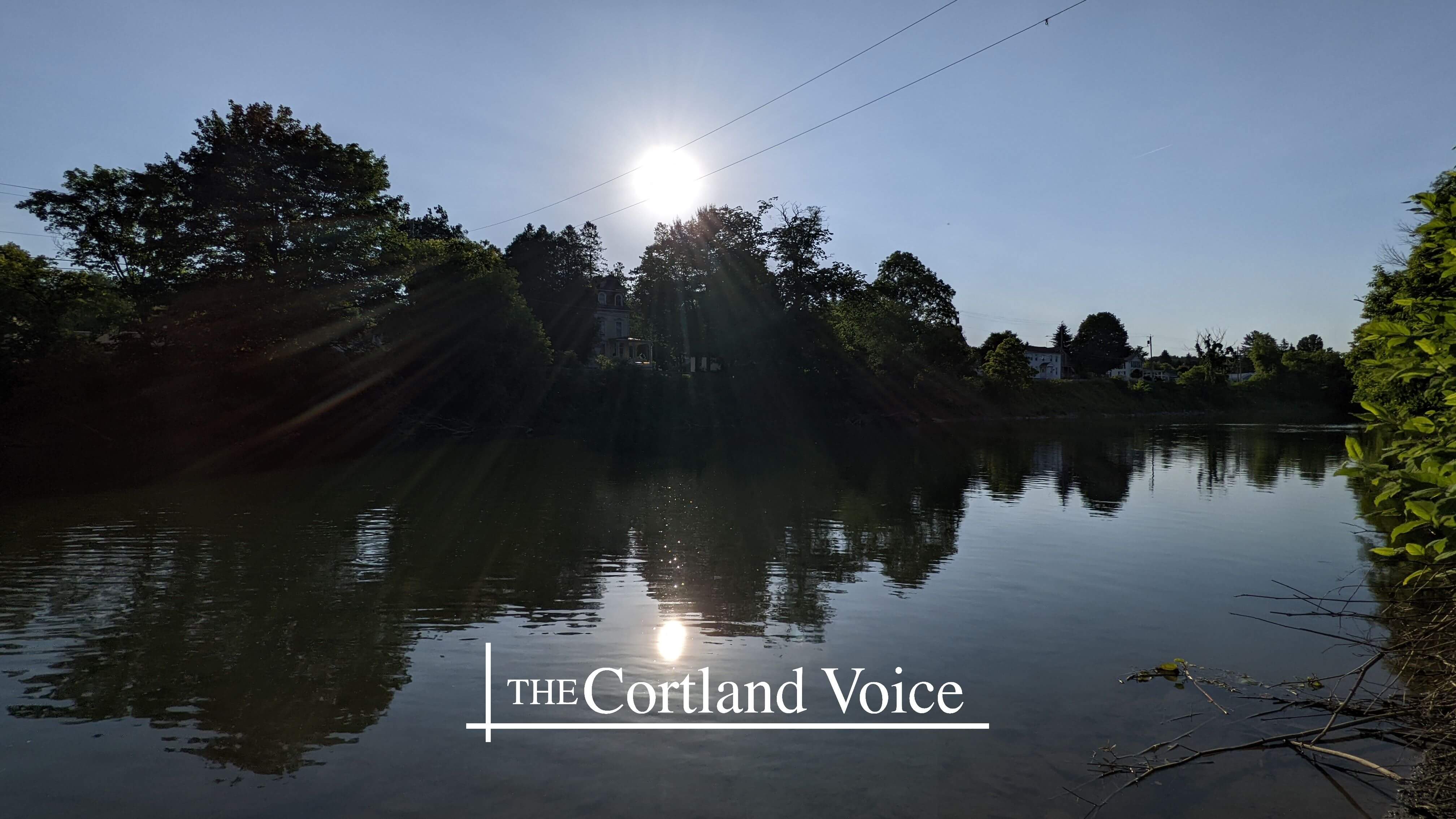 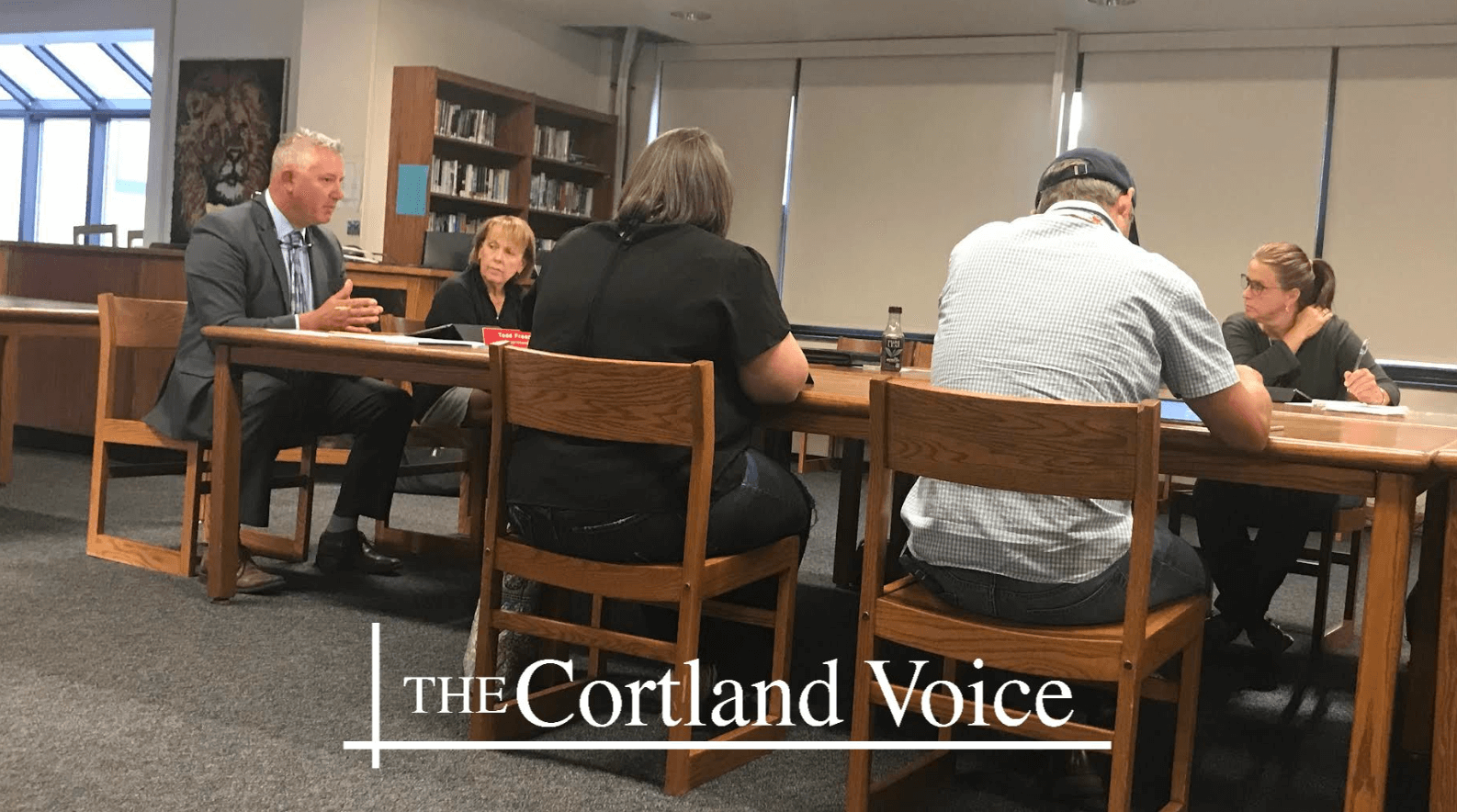