CORTLAND, N.Y. — On Wednesday, Cortland Mayor Brian Tobin delivered the annual "State of the City" address, touching on an array of issues that will impact city residents in 2016.

Here are some of the highlights from his address:

Rental housing constitutes over 60 percent of the dwelling units in the city of Cortland.

Tobin says the city is continuing to see progress with the city's rental permit program, which was designed to bring properties in compliance with city code and zoning regulations. The city is also charging vacancy fees for properties that remain unoccupied for an extended period of time.

We are holding people accountable, and we expect in the next year or so ... to see a change. I believe Cortland is actually being a leader in the state on this topic, and I foresee the state taking a more aggressive role in the next couple of years, – Mayor Tobin on high housing vacancy rates in the city.

Tobin says the department of public works has been "chipping away" at areas of the city most prone to flooding. Public works crews will be expanding culverts along the Otter Creek waterway to reduce the potential for flooding, he said, while acknowledging that other wards have also complained about flooding in their neighborhoods.

It doesn't matter if it's one moment or a dozen moments. If somebody is experiencing flooding, we want to figure out what the cause is and we want to work on a solution that mitigates that concern.

SUNY Cortland's "Live in Cortland" committee has been working on ways to encourage faculty and staff to live in the city, Tobin said, which would benefit the community in several different ways:

Progress made on Wickwire Pool; parks come next

When the Wickwire Pool was drained last fall, crews from the city's department of public works and the Cortland Youth Bureau began major renovations on the 80-year-old public pool at Suggett Park.

The new pool will feature a "zero degree entry," allowing people with mobility issues better access to the pool. It will also feature eight different lanes for swimming. The pool is scheduled for a grand opening June 18. 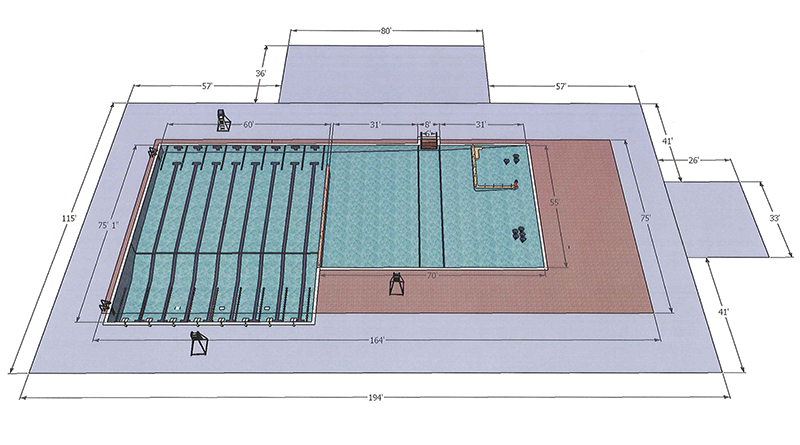 Plans for the Wickwire Pool renovation, which is set to be complete by the end of June (photos courtesy of the Cortland Youth Bureau). 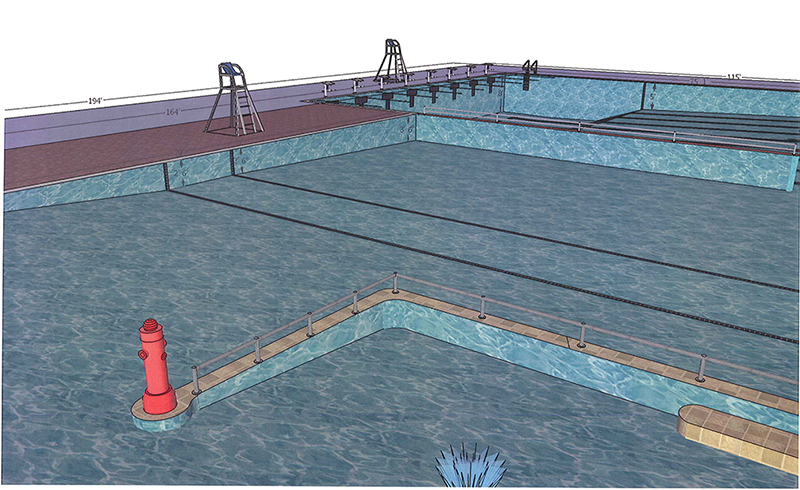 This view shows the "zero degree entry" feature of the pool.

In addition, the city is working with Cortland Youth Bureau Director John McNerney on a "parks plan" to improve the city's playgrounds, parks and green spaces. McNerney has been meeting with community members to understand the needs of local youth, Tobin said.

By promoting our parks, by promoting our open areas and our green spaces, we want to encourage people to once again engage with each other, come out, meet their neighbors and find different ways to connect with the city of Cortland.

The city has at least 26 (potentially) toxic sites

The city is currently in stage two of assessing the 540-acre "Southeast Cortland Redevelopment Area," a mixed industrial, commercial and residential area of the city that includes 26 known or suspected Brownfield sites, vacant or underutilized sites and two Superfund sites.

Tobin says officials are looking at repurposing and redeveloping many of these sites as parks or business areas.

This will be a process, but since we are limited in terms of the square miles that we have for the city of Cortland, we are going to take the space that we have and find new creative uses so we can make areas that currently may be lying dormant and make them vibrant and functional for our society.

The city is continuing to work on the Clinton Avenue Gateway project, which seeks to beautify the main entryway to the city.

Late last year, the city was awarded $837,000 in state funding to implement pedestrian features and bike lanes along the street. That's on top of nearly $1 million in grant funding from the state for upgrades to aging water and sewer lines beneath Clinton Avenue.

It's going to be a multi-million dollar project. It will take time. Streets will have to be shut down, and it might be frustrating, but at the end, we know that it will be much better, not just in terms of appearance but in functionality for the city and her residents.

A committee of Cortland Common Council is looking into the feasibility of a dog park within city limits. City lawmakers and officials are researching other communities with successful dog parks to use as a model.

Tobin says a dog park would give local residents the chance to socialize with one another, becoming more engaged in the community. In addition, Tobin said a dog park could also serve as a destination for travelers.

Depending upon the location of such a park, it might be an attraction for travelers. It might be an opportunity to get visitors that, when they're traveling with their pets—maybe Cortland is a better place for them to stop.