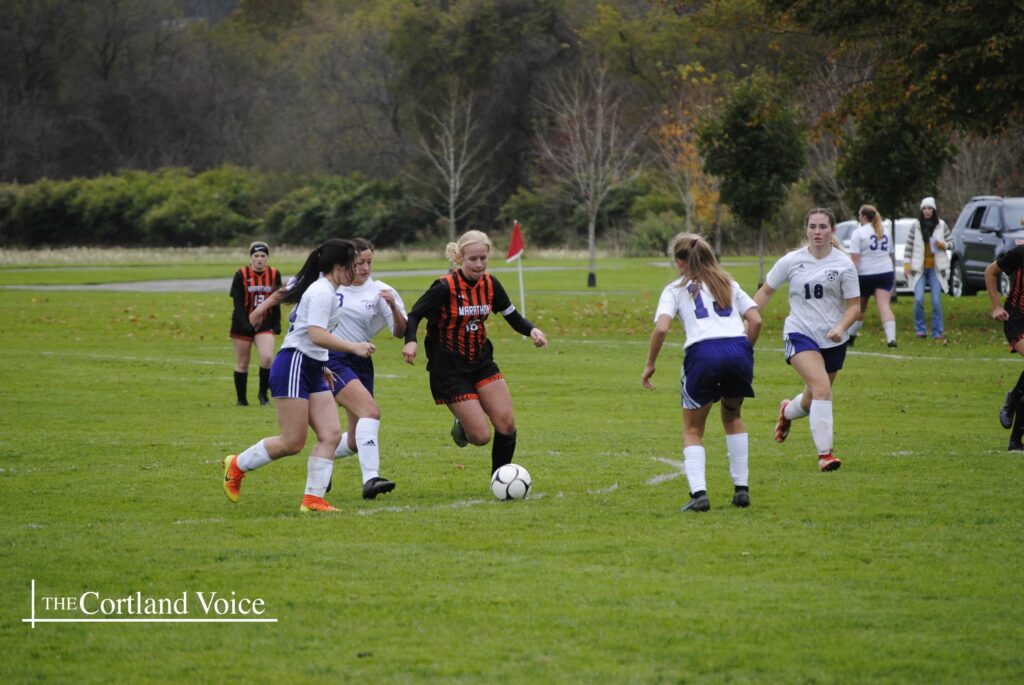 The #1 seeded Marathon Lady Olympians defeated Downsville (8th seed) with a score of 5-1 in the quarterfinal round of the Section IV Class D Sectional Tournament on Saturday.

The Lady Olympians started the game strong, with a 3-0 lead at the end of the half.

Mackenzie Brown then scored at the beginning of the second half to get Downsville back in the game, but the Olympians capitalized again with two quick additional goals to close out the game.

“We had some ebbs and flows throughout the game,” said Marathon Head Coach Elizabeth Duncan. “There were some moments better than others, though. We finished strong when we could, and we were steady on a cold, wet day.”

Marathon will play in the sectional semifinals against Franklin (4th seed) on Wednesday (October 27th) at the Wright Soccer Complex in Oneonta. The time of the game is yet to be announced.

“I know our next matchup is going to be tough,” said Coach Duncan. “It's going to be a battle. In the 2019 season, Marathon won the Section IV Class D title as the 5th seed. As the #1 seed this year, we have a target on our backs.”

“It's a different approach, but I told my team it's a privilege to be pressured,” added Coach Duncan. “They earned it. They earned their 13-2 record that got them there. We'll take advantage of that opportunity. As a team, we have to communicate. If we play our game and play together, we have a good shot (at making the sectional final).”

Here are some photos of yesterday’s game: 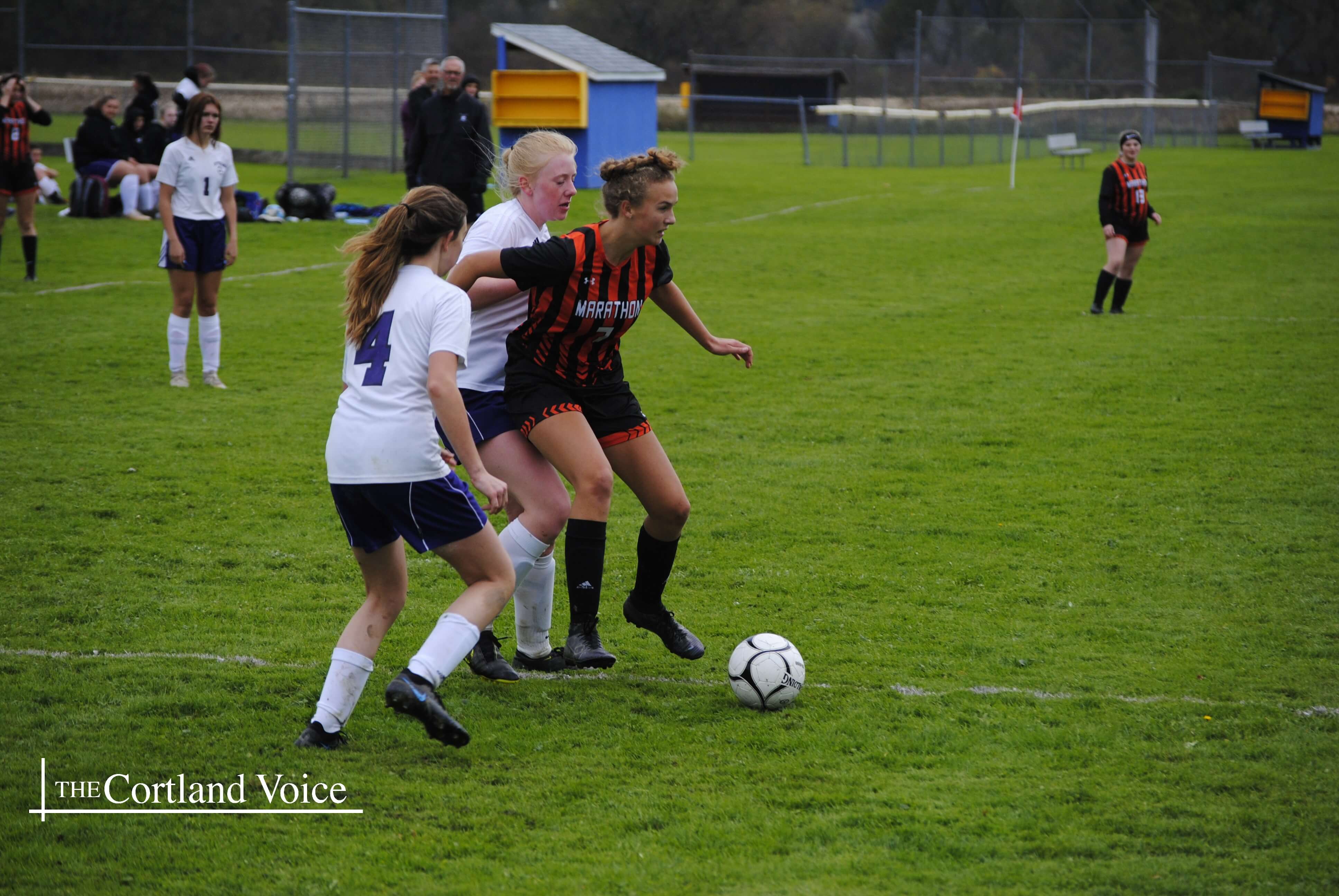 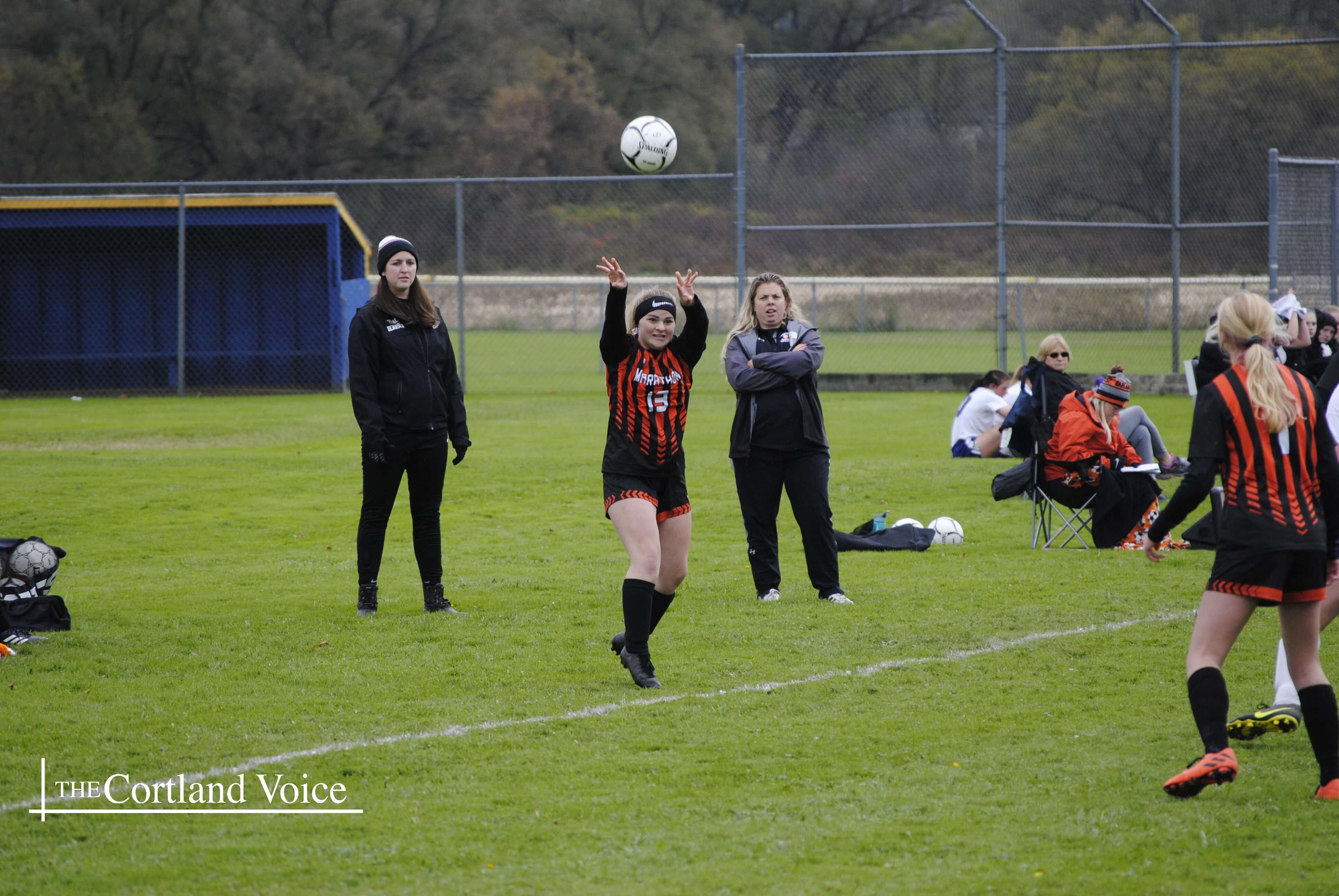 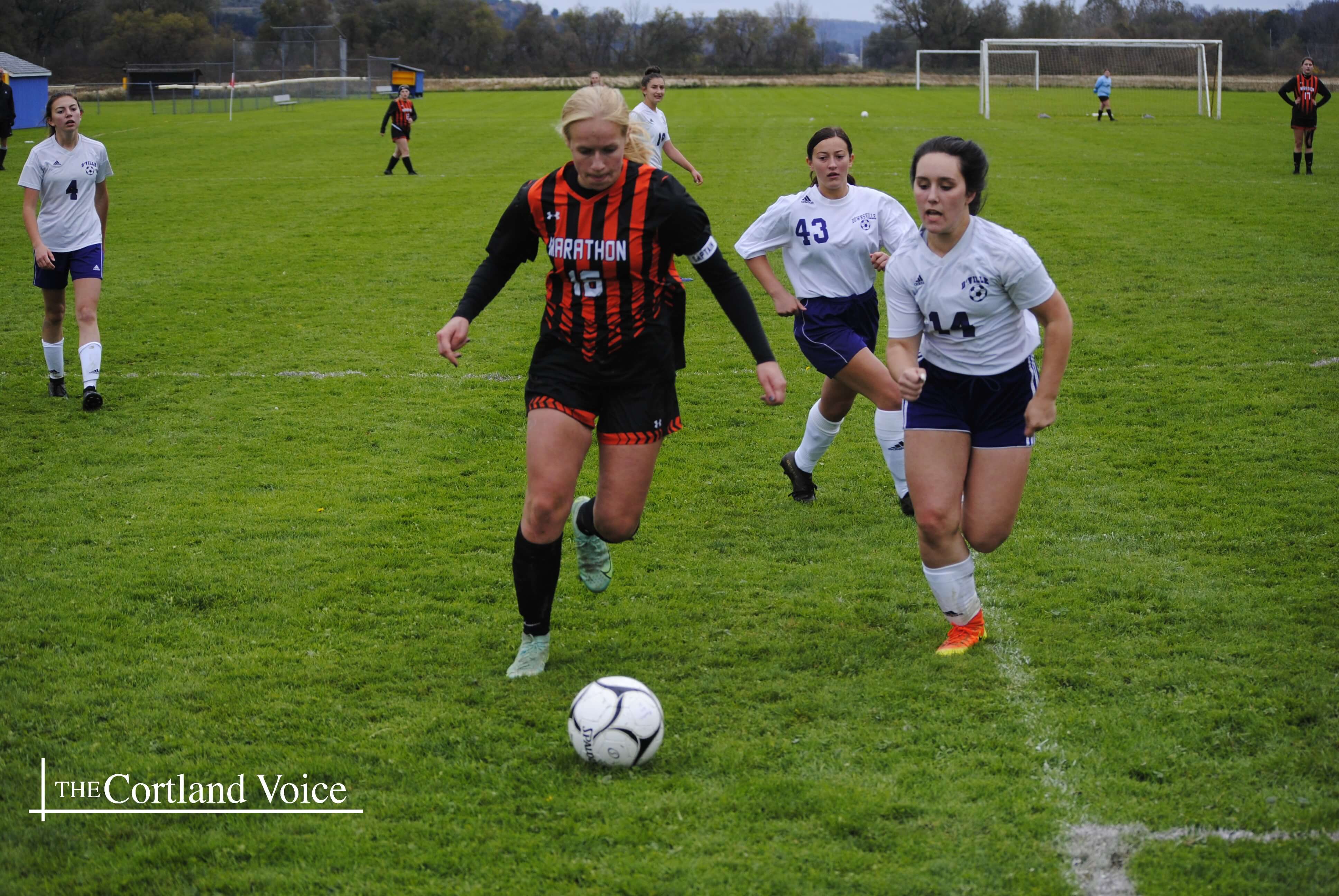 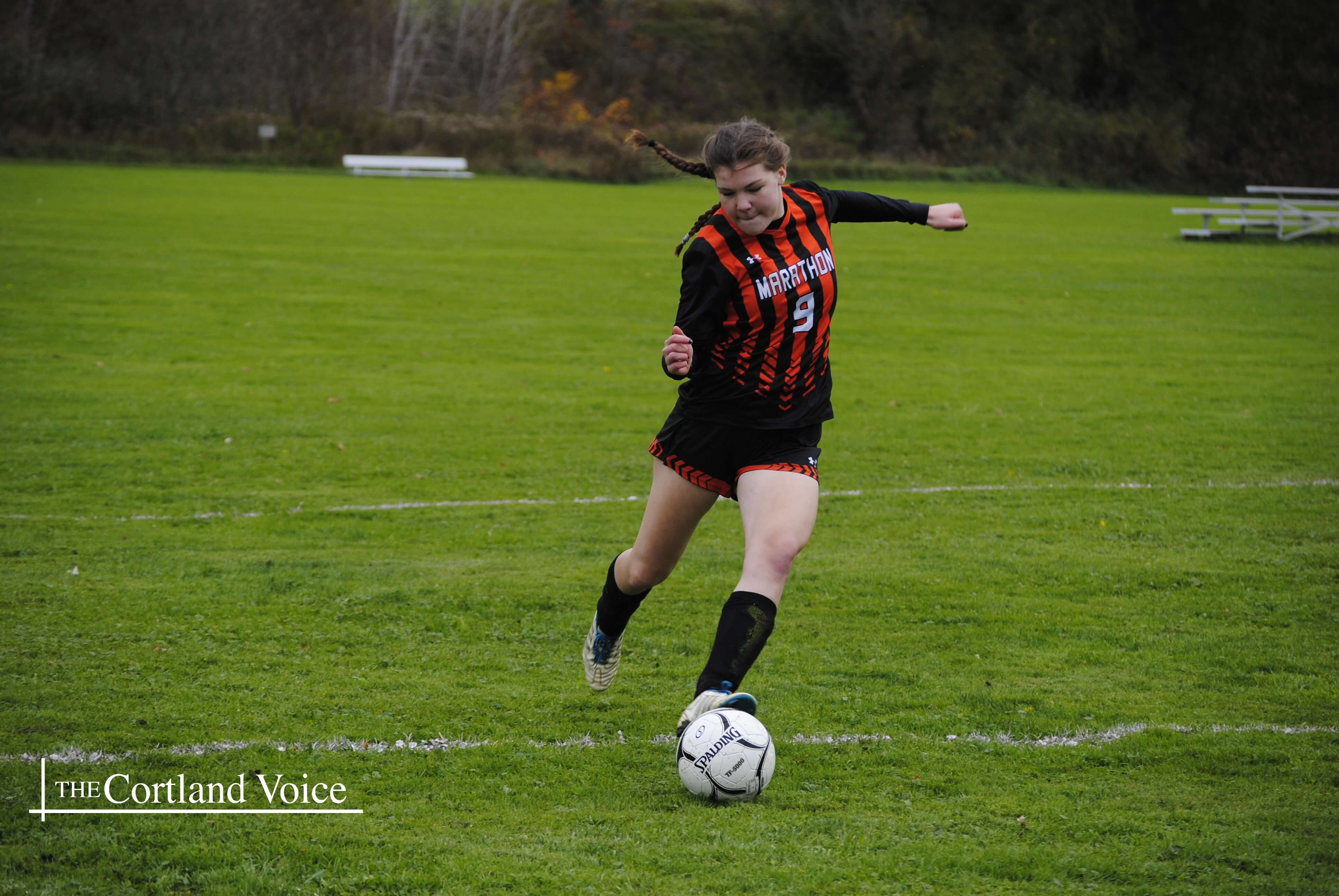 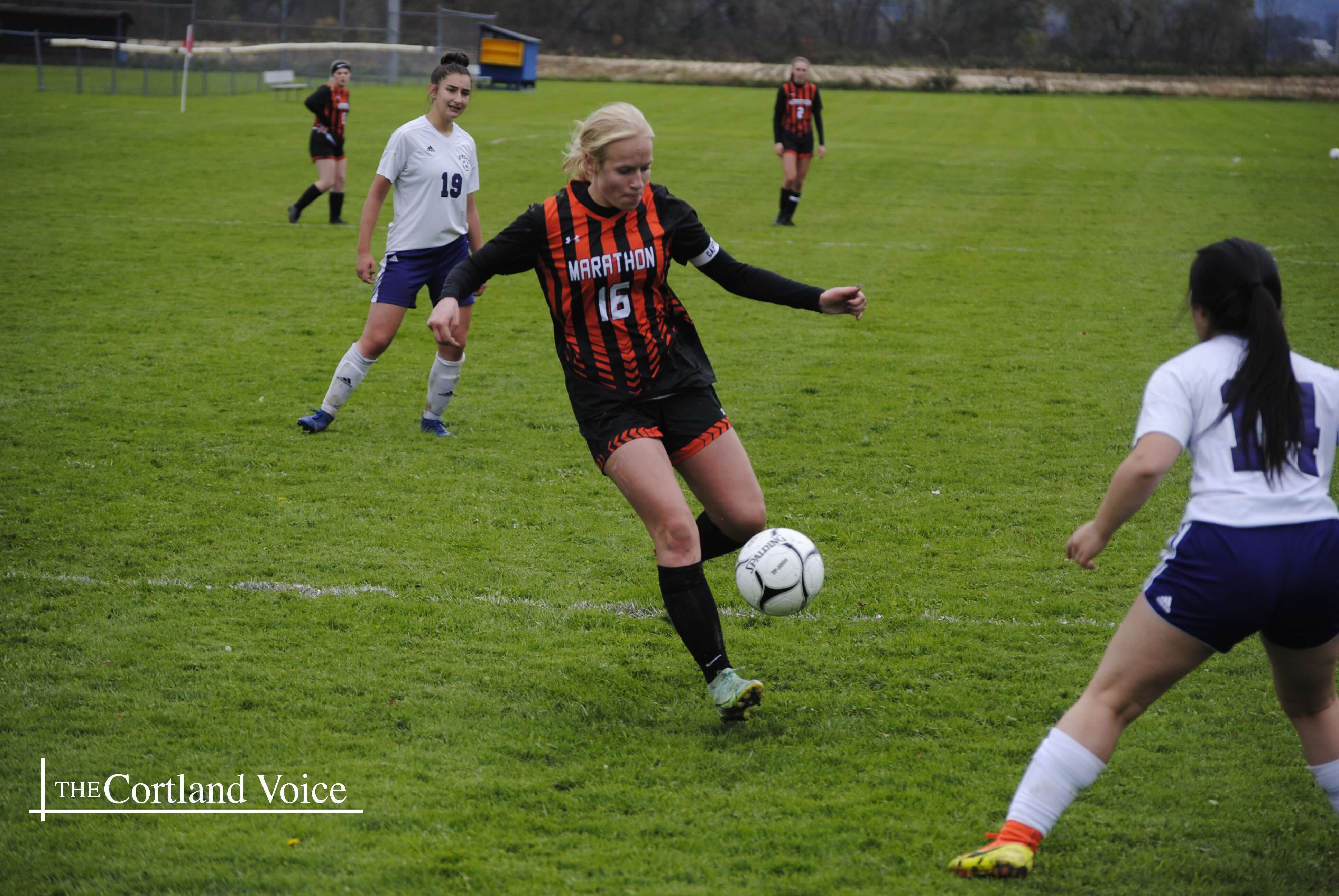 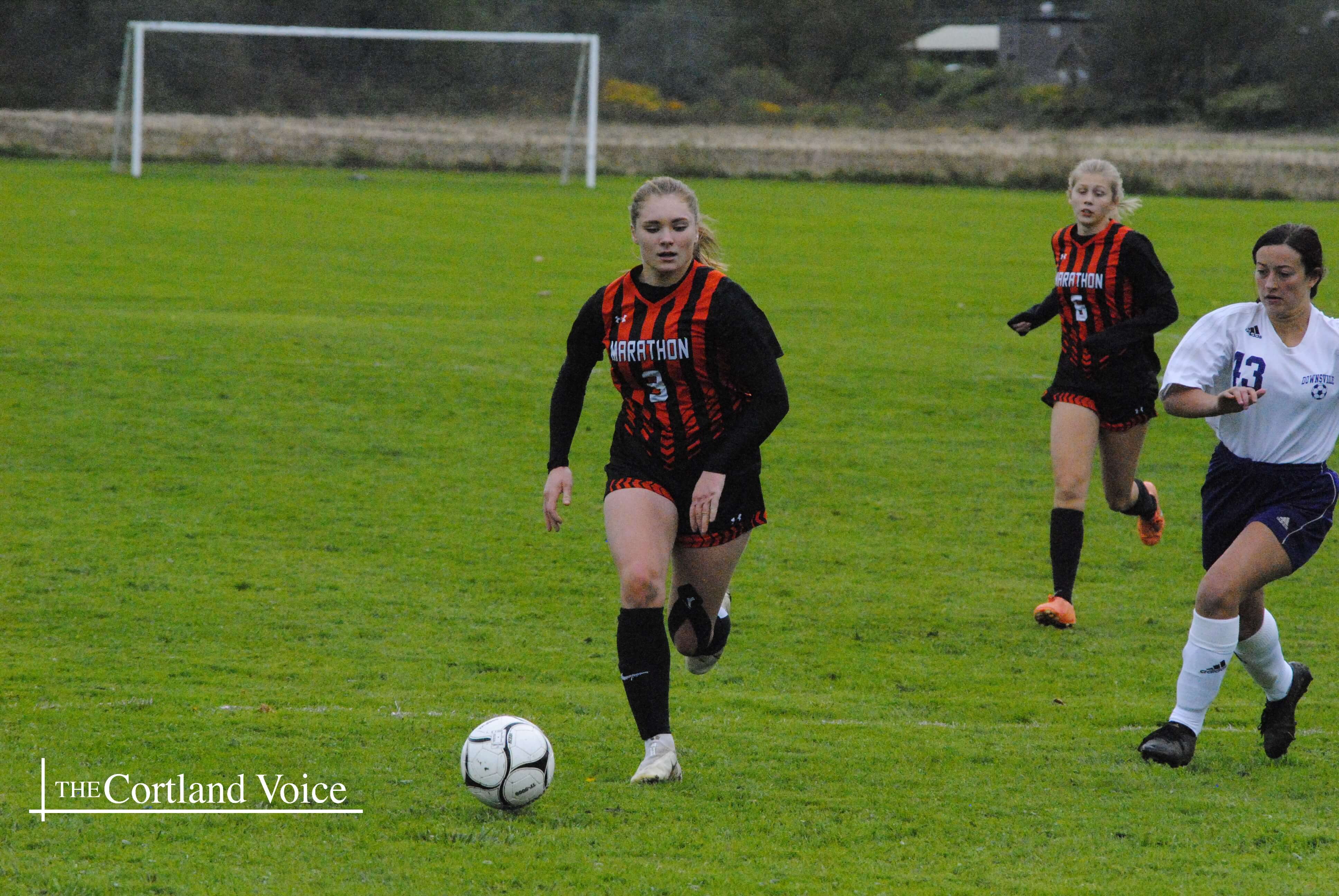 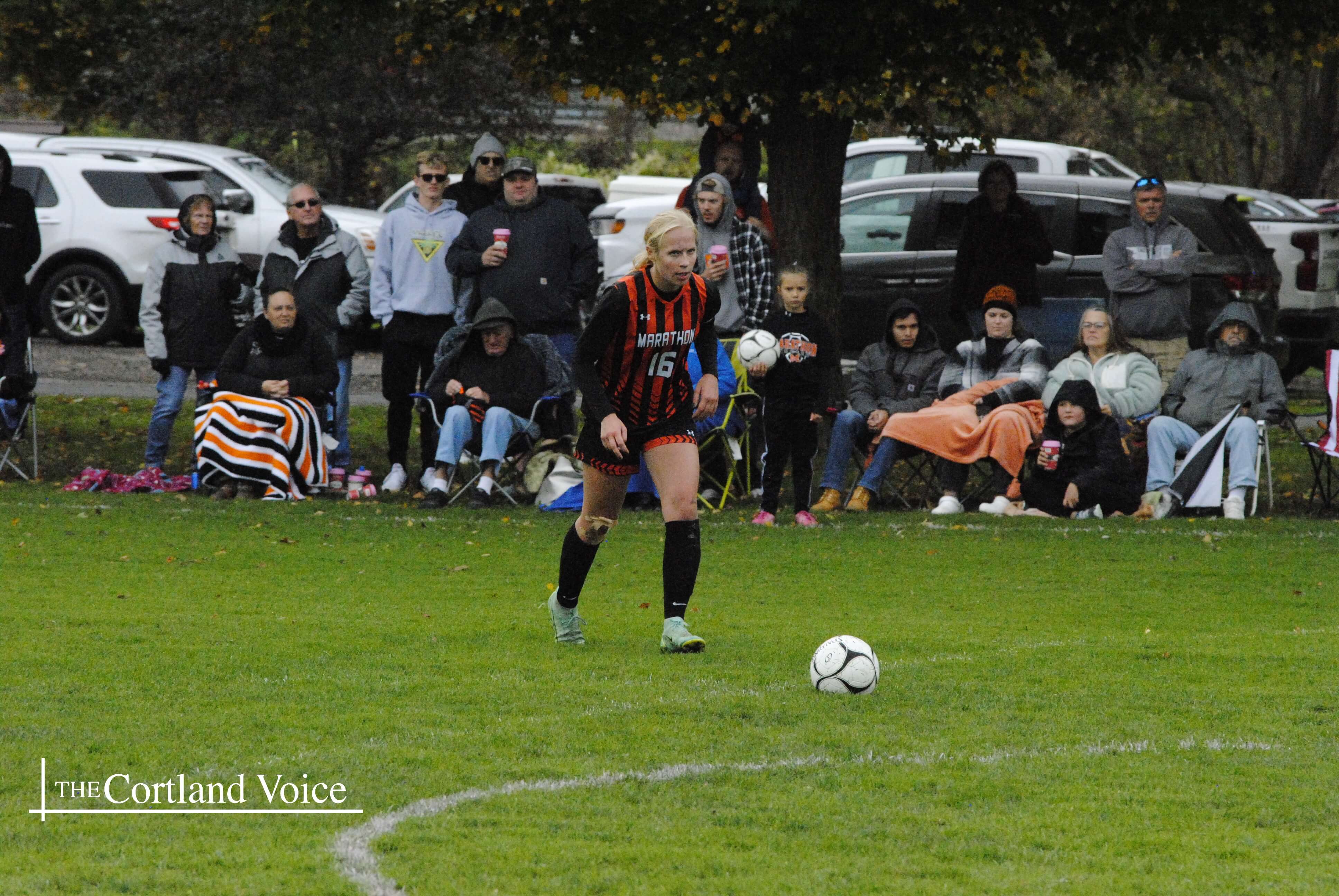 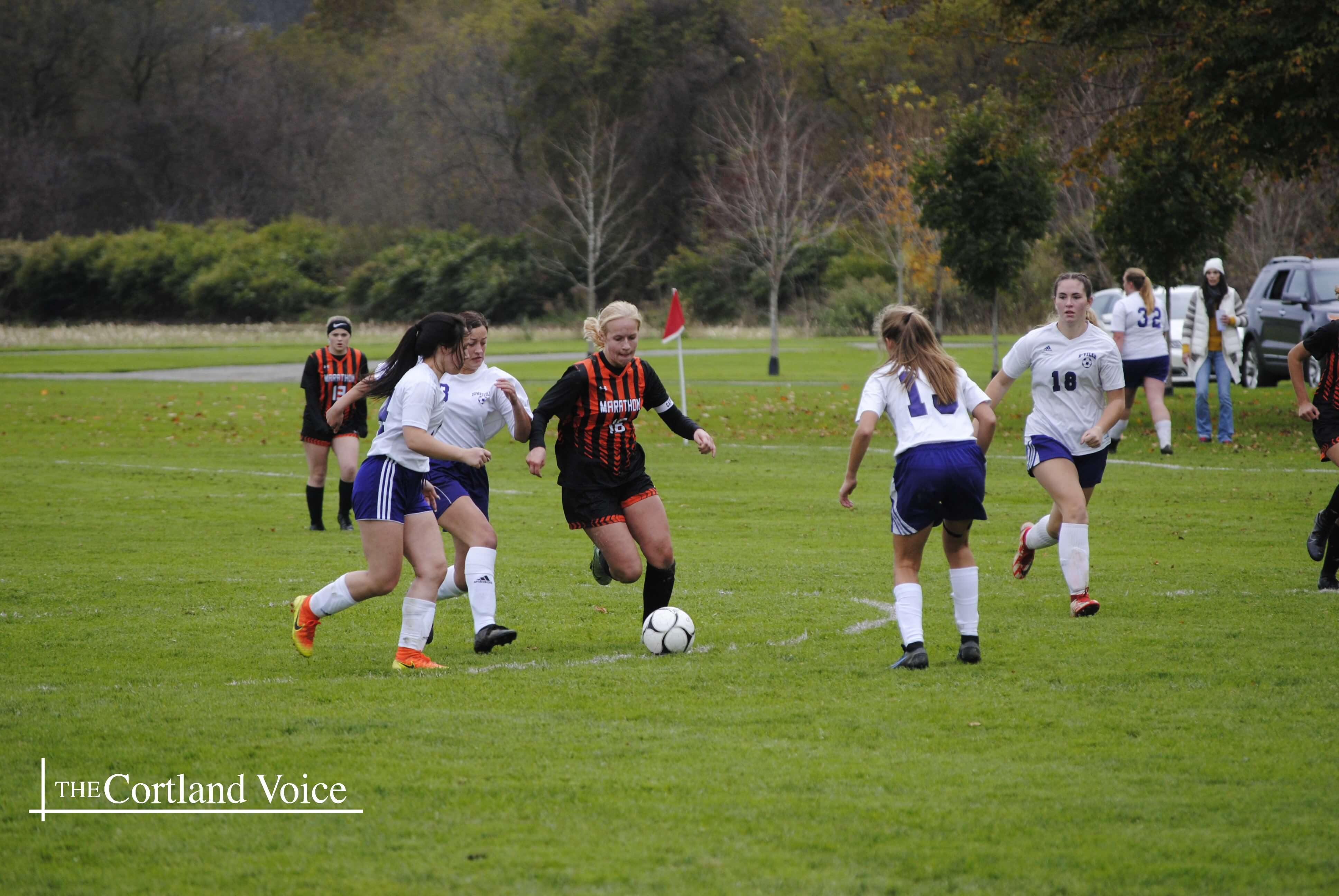 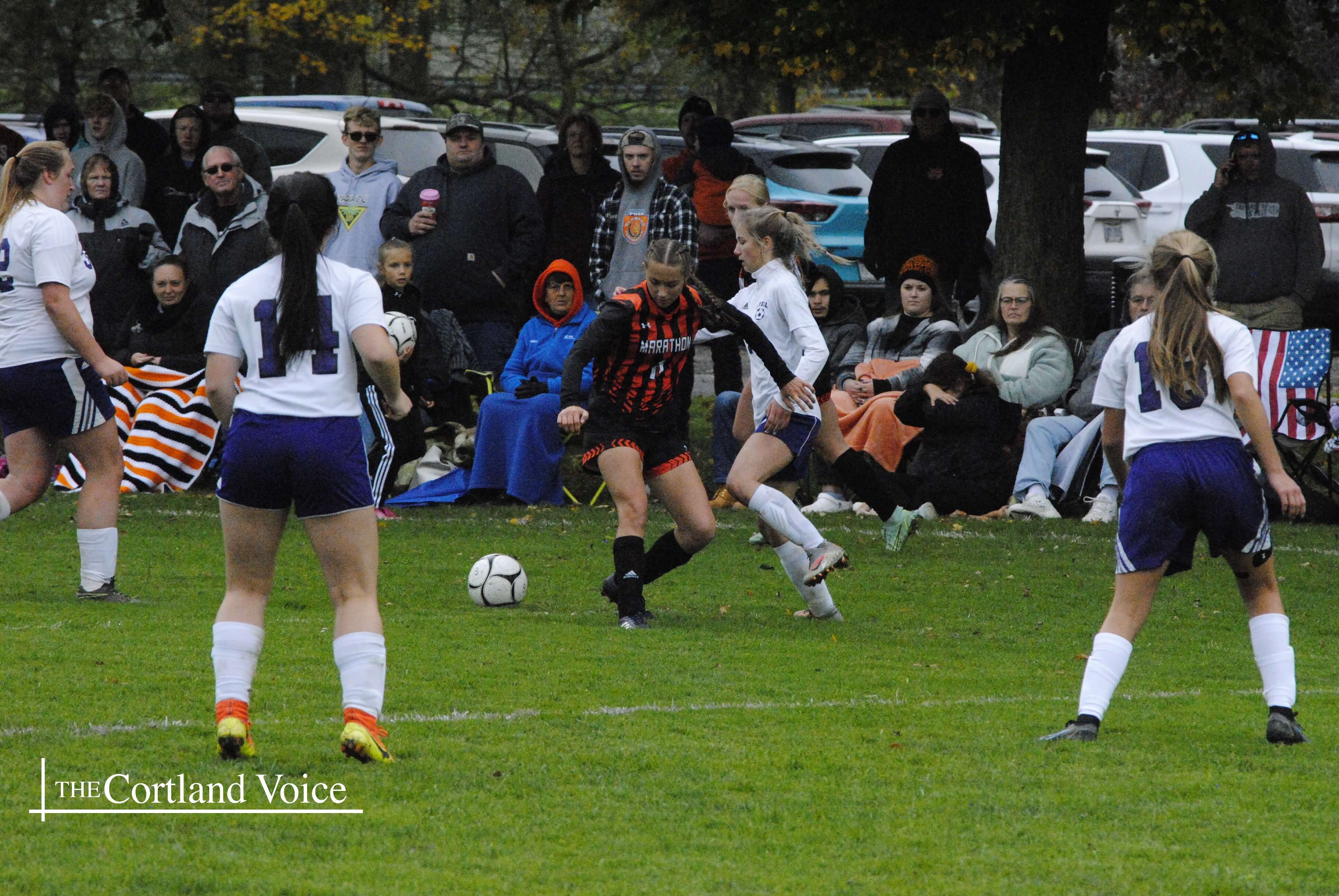 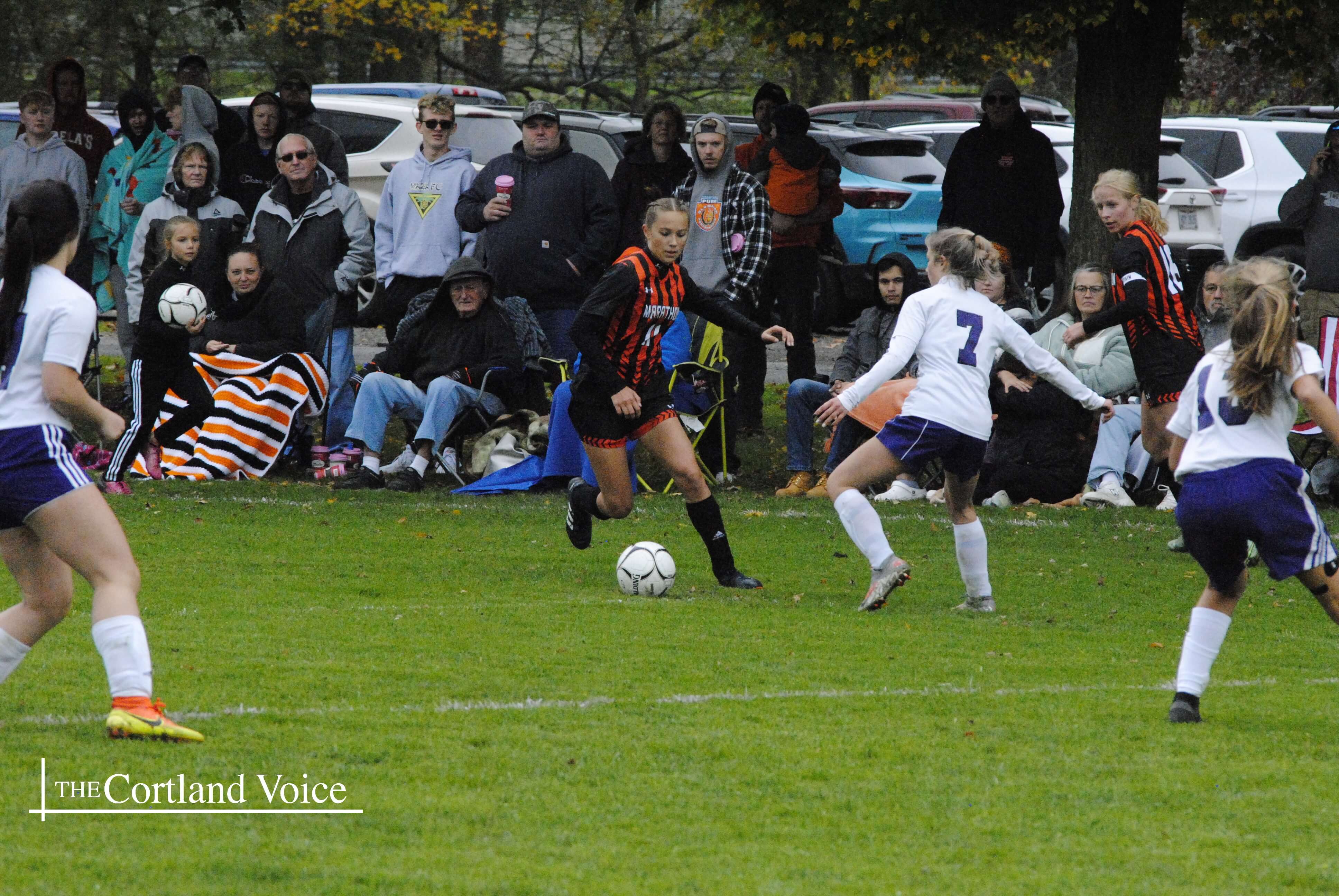 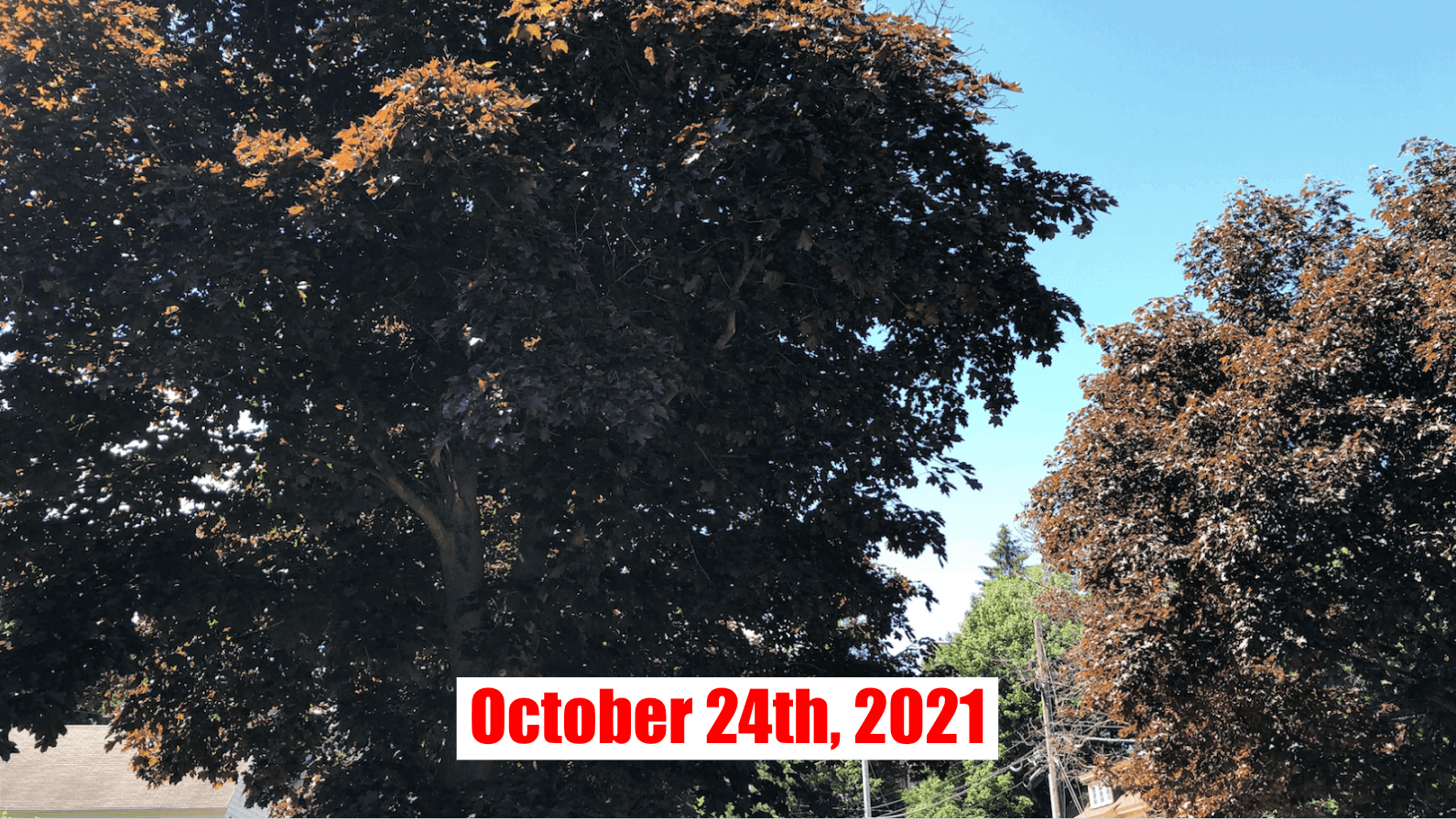 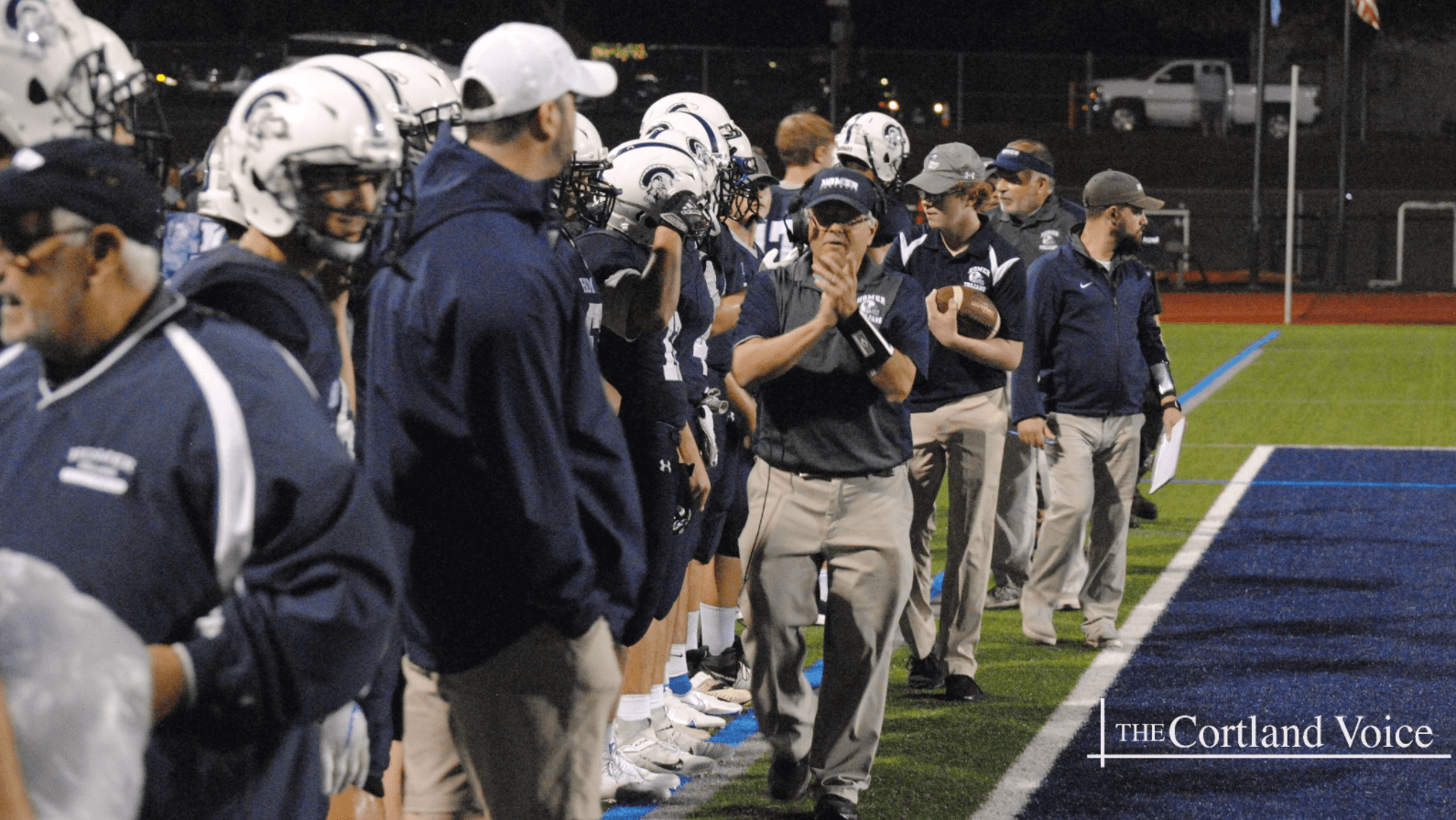