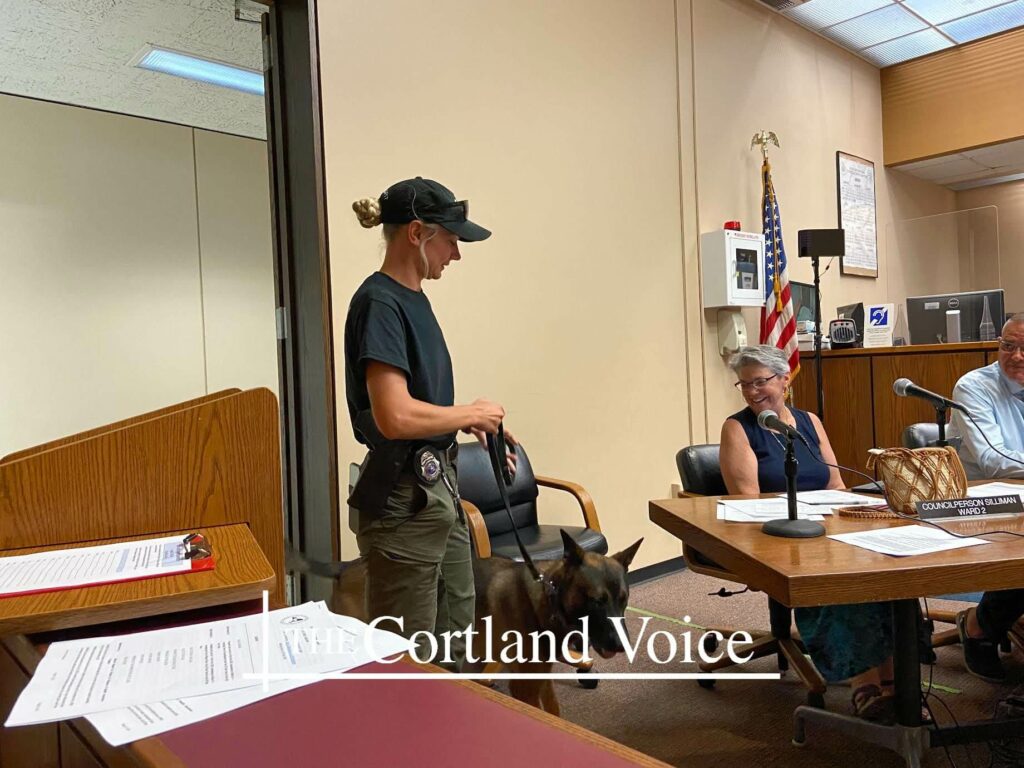 K-9 officer Krysten Drake, and her K-9 dog Kort, recently wrapped up their training at Shallow Creek Kennels in Sharpsville, Pa., and officially joined the city's police force this week. Drake and Kort trained together for six weeks, with Kort also training for six weeks prior to the conjoined training. 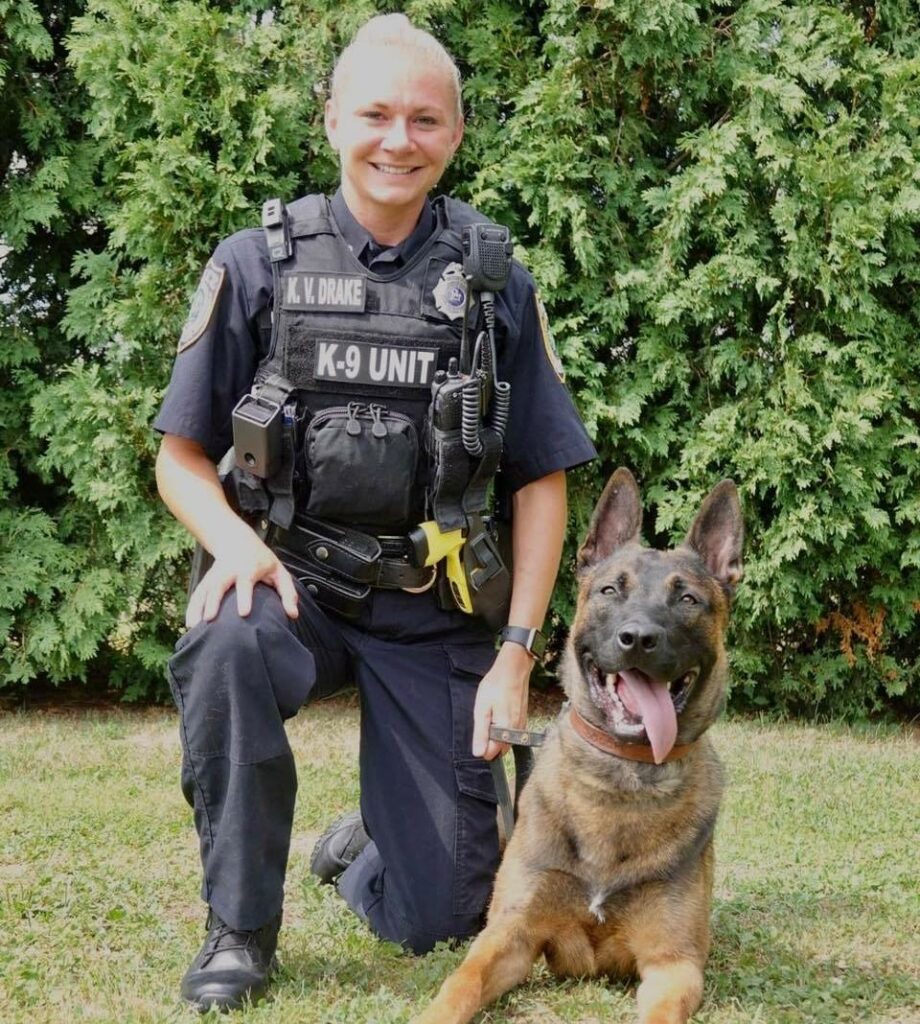 “It is truly an honor,” she said. “This is something I always wanted. Not to just be a police officer, but to be a K-9 officer.”

Kort will replace longtime K-9 dog Lummel, who is on his way to retiring. Lummel’s K-9 officer is Ken Bush.

According to Drake, Kort is a year old.

“He was the calmest dog in the whole school,” Drake said, noting she was the smallest trainer, and Kort was the biggest dog at school. “He’s very mellow, but when he’s working he’s a completely different dog. He’s good for the community.”

Drake noted Kort is a patrol and drug K-9. He specializes in single-purpose training, dual-purpose training (which is training in narcotics awareness), tracking, article search, building search and suspect apprehension.

When needed, Kort will also assist individuals in the community, including older people. “He’ll wear a muzzle when trying to find (or assist) someone because it’s not a suspect apprehension.”

Kort, who was shipped from Holland (a country on the west coast of The Netherlands), has all of his commands in German.

“(The training) was hard work, but very rewarding,” Drake said. “I’m happy to be back in the community with (Kort) and the many years I’ve got with him. I believe in him a lot and I think we’ll do good things.”

Drake mentioned that Kort is “a very happy boy” and has adjusted well to home life at Drake’s residence.

“I always consider dogs to be our favorite employees,” City mayor Scott Steve said. “What a great dog. He has a great personality and is such a puppy.” 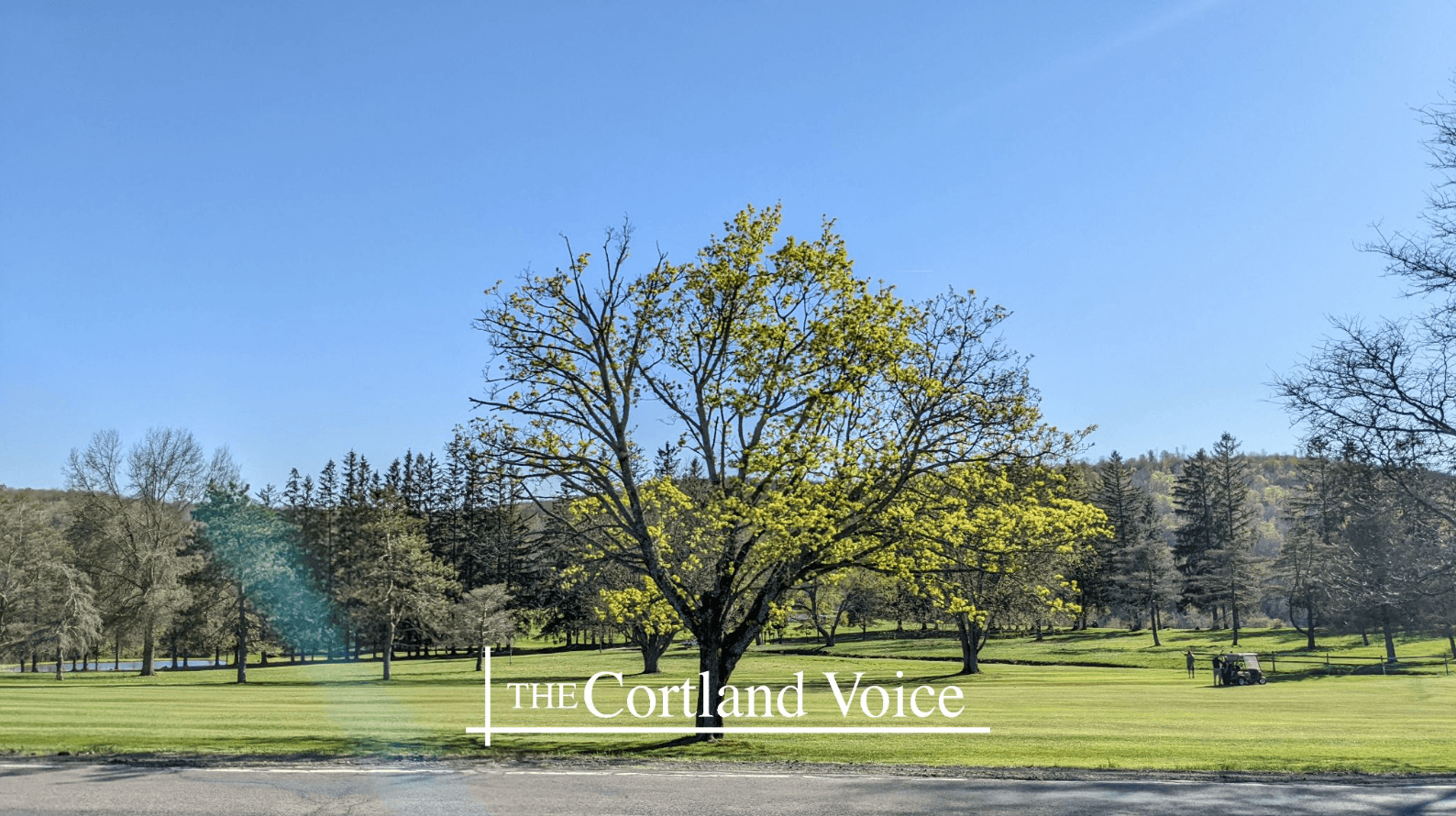 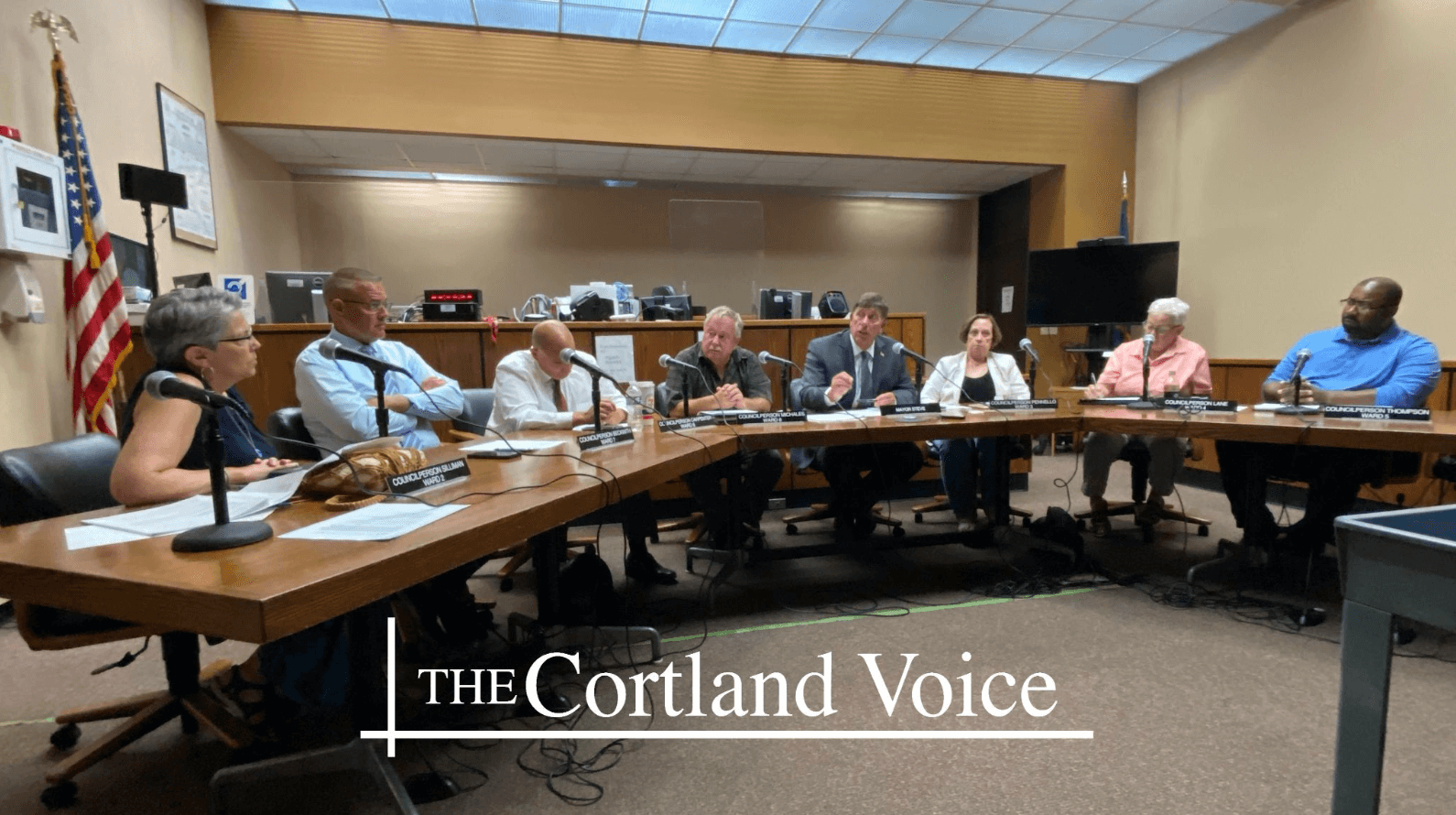