Home›Community›ALL ABOARD!! The Frosty Caboose ice cream parlor in Cortland is in line for construction this winter

ALL ABOARD!! The Frosty Caboose ice cream parlor in Cortland is in line for construction this winter 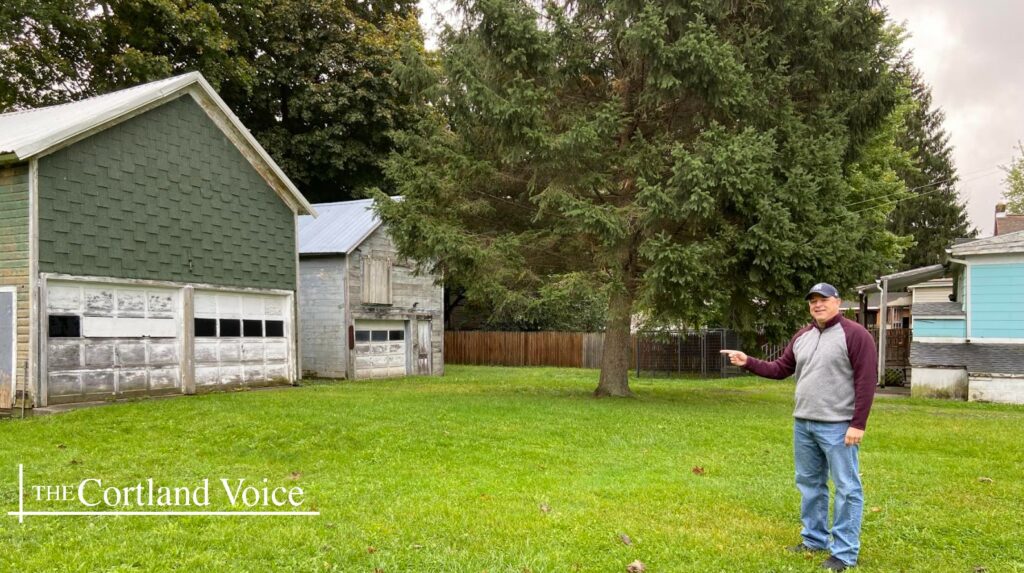 Cortland resident Drew Pierce points to the location of the Frosty Caboose, a 30-ton caboose shaped ice cream parlor that would be located at the southeast corner of Homer Avenue and Brown Avenue. (Photo Source: Kevin L. Smith/The Cortland Voice).

An ice cream parlor in the city of Cortland could begin construction this winter, pending final approvals from the Common Council and the Planning Commission.

Frosty Caboose, a proposed 30-ton caboose ice cream parlor that would be constructed by Cortland resident Andrew Pierce and Groton resident Dick Brecht, would be located at the southeast corner of Homer Avenue and Brown Avenue in the city.

At first, the location of the ice cream parlor drew concern from city zoning officer Bob Rhea, due it being in the direct line of a floodway district. This prompted Rhea to request an evaluation from the New York State Department of Environmental Conservation to review Pierce and Brecht’s application of the caboose-shaped parlor.

According to Pierce and confirmed by Rhea, the DEC plus the Federal Emergency Management Agency (FEMA) said the application met the criteria to allow the ice cream parlor to be built in the floodway district.

“If the DEC says it’s OK, it’s OK,” Councilperson Bruce Tytler (D-3rd Ward) said at the Oct. 5 meeting. “Why would we override the DEC and prevent a business from coming in?”

Jim Reeners, a member of the city planning commission, noted at the Sept. 27 planning commission meeting that the DEC are “the same people who are saying the structure won’t cause problems after originally restricting uses in the floodway district.”

“The DEC is saying this is good, so we just need a change in criteria (for the local law),” he said.

Following the Common Council’s potential approval of amending the local law, Pierce said on Friday that he would need a special-use permit from the city planning commission to build the ice cream parlor. Construction could begin in the winter months, he added.

“We’re excited to keep this moving forward,” he said. “It’s a great spot for the community. It’s a great winner all around.”

As part of the property where the ice cream parlor would be located, Pierce said he and Brecht are planning to re-paint and renovate an old barn behind the business to use for “refrigeration and storage purposes.” Pierce also noted he is hoping to lay down a concrete slab on the property where the caboose will be placed.

Pierce mentioned he is optimistic the new business will “do well financially,” noting that the business could potentially be tied into the city’s impending Homer Avenue Gateway Project. 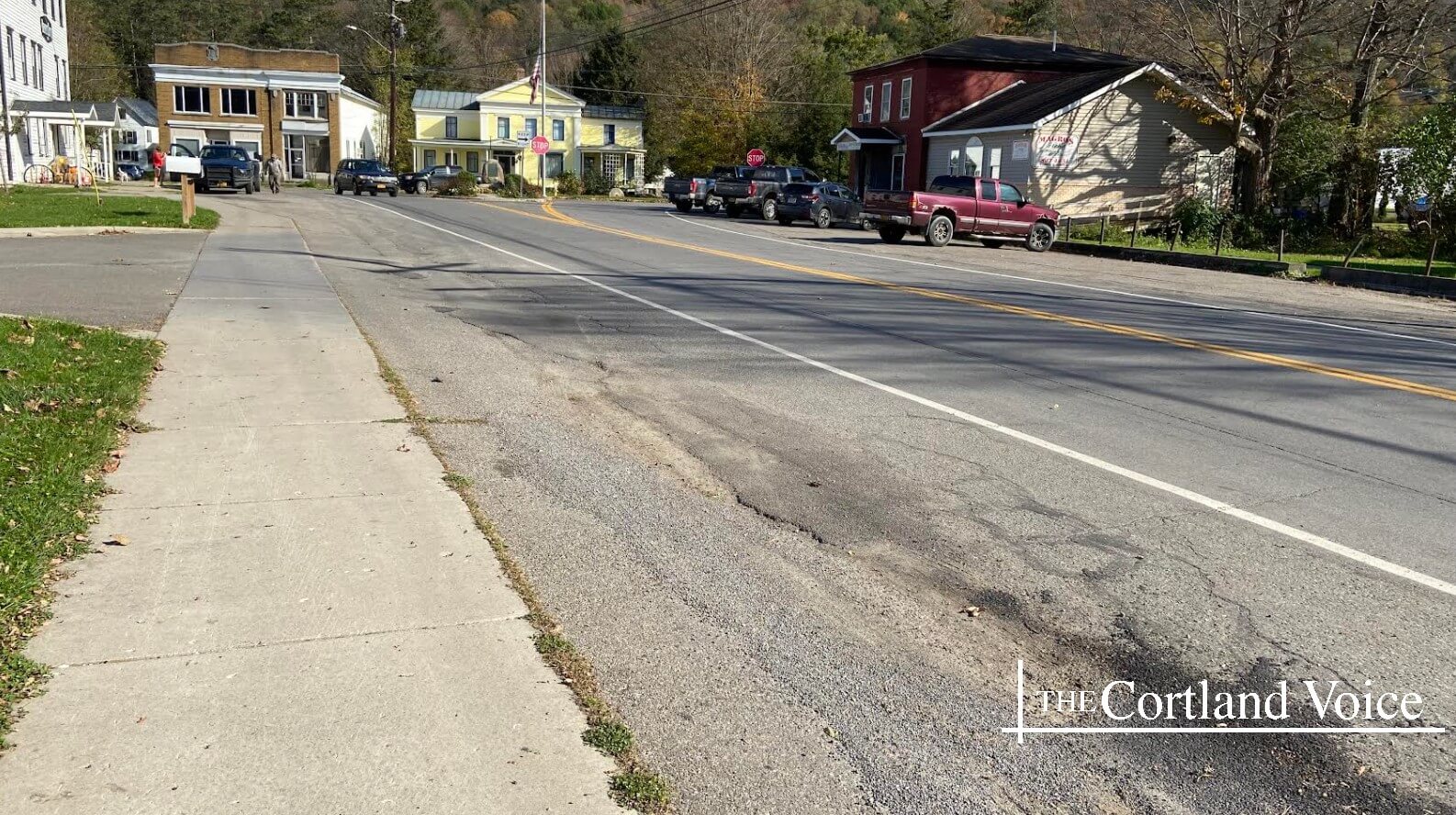 Cincinnatus Town Board Draws Out Plan To ... 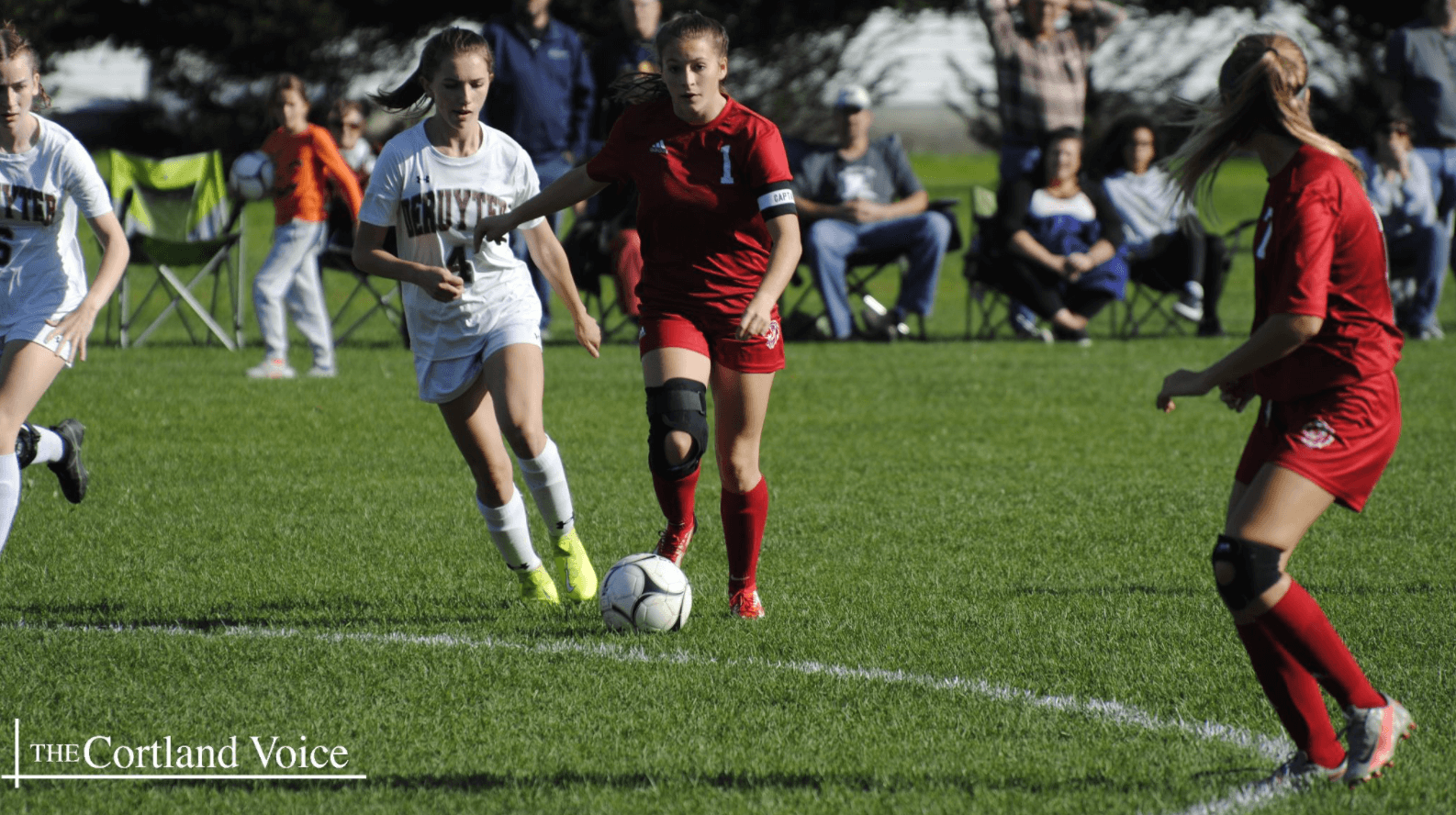